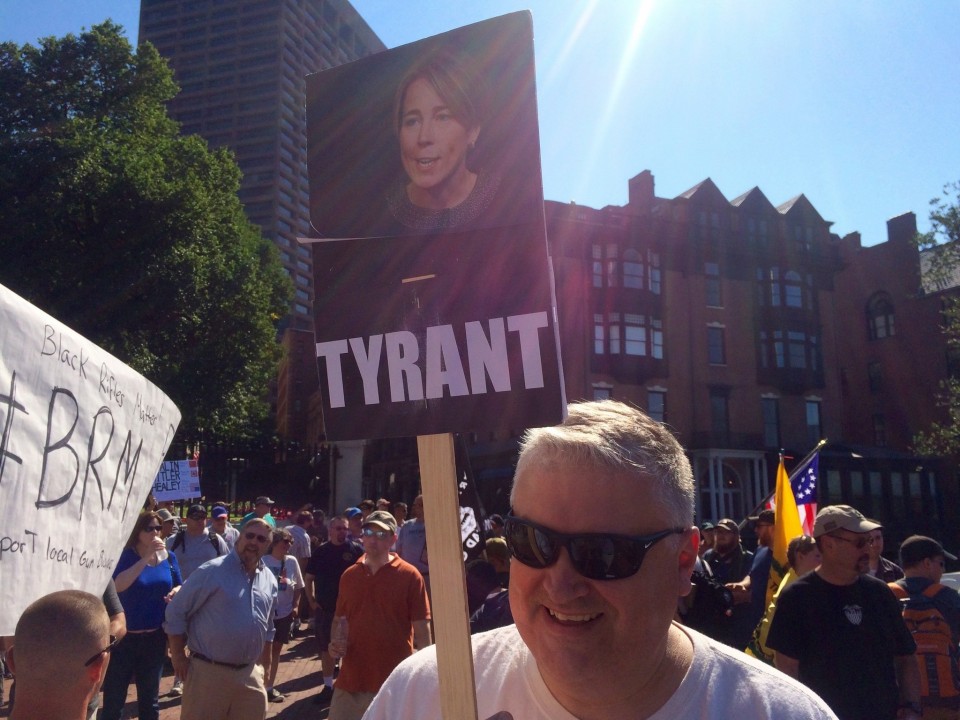 Last Wednesday, Massachusetts Attorney General Maura Healey that she will enforce a ban on the sale of what she called “copycat” assault-style weapons, effective immediately.

“Gun manufacturers have manufactured these weapons as legal versions of prohibited guns,” Healey said. “These weapons are illegal. They are copies or duplicates of banned weapons, and they cannot be bought or sold in Massachusetts.”

“The gun industry doesn't get to decide what's compliant with state law,” Healey said. “We do.”

Maura Healey is the second state attorney general to attempt a brand of gun control, by circumventing the legal order and deciding for herself what constitutes an assault rifle. The prior attempt was in Virginia when their attorney general, Mark Herring decided last month to sever the concealed carry handgun reciprocity that Virginia had with 25 other states. However, this past week, Governor Terry McAuliffe reversed the attorney general’s ban, now allowing reciprocity back into the state.

But how did we get to these situations in the first place? How does a state attorney general have so much power? For that we have to look at gun law itself.

Gun law is not just a state’s discussion in this country. From the 1994 federal assault rifle ban, to the many iterations and changes over the years, the federal government has put a lot of rules into the gun control debate in this country.

Now rules and regulations happen. Not everybody will agree with them. I personally don’t like paying income tax, but at least it is a straightforward rule. Gun control and the assault rifle ban is trickier to pinpoint and rule on. Our government has a tough enough time defining what an assault rifle is. For a closer look at that debate, take a look at this article we penned on the matter, recently.

It’s because of that debate and the confusion about even defining what constitutes a gun that makes this ripe for the picking if someone were to come along to place their own agenda on a situation. In Massachusetts, the assault rifle ban changes are solely based on attorney general Maura Healey’s personal definition of an assault rifle. She stated that the ban will affect “copycat” rifles. But it is Healey's directive to gun manufacturers which states the definition of “copy.” Under Healey's definition, if a gun's operating system is the same as that of a banned weapon or it has components that are interchangeable with those in a banned weapon, the gun will be illegal to sell in Massachusetts.

That’s all that is necessary to change aspects of gun law, too. Because of the confusion of definition, brought about by years of debate, all that is needed is an attorney general to come along and make a sweeping declaration that forces a state to bow to their whims. Now decisions like these can be fought in court, or overturned by a government higher up, like Governor McAuliffe did in Virginia, but these take time, and are not assured to be reversed. Imagine if other laws and regulations were held to the same standards. If a law could change at the drop of a hat, due to a decision that one person makes.

WHAT COULD THE FUTURE HOLD?

As I said, these issues can and are being fought, but it is apparent that these decisions must face immense scrutiny before they are reversed. Governor McAuliffe was threatened with losing his seat as Governor before allowing the state’s reciprocity ruling to be reversed.

We have yet to see if the issue will be overturned in Massachusetts, but the reaction of the populace is giving it a chance. If other attorney generals around the country attempt to make these changes, they must be protested against, or else they will continue walking down the path with no opposition. If there is no opposition, these rulings may spread to other states, or even higher up the food chain to federal and executive orders.

It may not be fact now, and if it is met with enough obstacles, it may never be. What we know now though, is that gun laws are being changed by a select few, and any success these people have, is met by another who wishes to capitalize on that success. So if there are those out there who oppose measures and actions like these, they must make their voices heard.

Episode 47: Drawing Spare Mags From The Pocket
Episode 48: Self-Defense Situations In Which You Should NOT Use Your Gun