People often ask me if a person who shoots someone should also give medical aid to that person. I think the question is valid and worth some consideration.

Should you help someone you shot unintentionally —

Let's start with an unintentional shooting victim. Maybe the person you shot is a friend or family member, a stranger, or even you. In this situation, you should do what you can to help the person survive.

But couldn't you get sued if you try and help someone and they die? 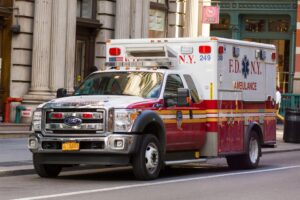 The fear of being sued for trying to help someone survive should be low on your list of concerns if you've just shot someone unintentionally.

But, if the person suffers an injury from you cutting a hole in their throat and ramming a pen tube into their trachea because you saw it in a movie, you may have legal issues.

Again, good samaritan laws and civil lawsuits from rendering aid to someone you unintentionally shot should be your least concern. 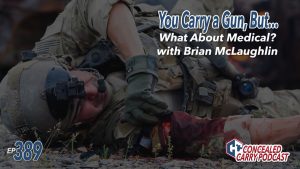 Should you help someone you shot in self-defense —

This situation is really what most people think about when they ask that question. The simple answer is that it depends.

But before I answer the question I want to give this advice.

Before considering rendering aid to anyone, evaluate if the scene is safe enough to do whatever you need to do.

For example, you may just need a free hand, some cover, and 1 minute to apply a tourniquet to yourself. On the other hand, applying a chest seal or wound packing; requires two hands and some more time and cover. 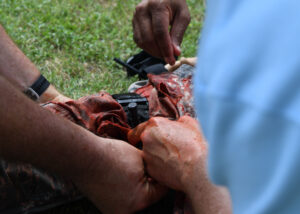 Even if you have the know-how, it's generally not wise to render aid to someone you just shot in self-defense. This isn't an absolute, but you likely can do more and stay safer by calling 911 and asking for paramedics and police.

People usually don't die immediately from low-velocity gunshot wounds like those fired from handguns. Instead, a gunshot wound victim can remain an imminent deadly threat for quite some time.

Another consideration is that if you rush in to render aid, there may be a secondary threat that you did not see. So while most of the time, the adage ‘no honor amongst thiefs' rings true and accomplices flee, it's not a hard and fast rule. You don't want to save your butt, just to die to another bad guy as you try and render aid.

The takeaway here is to continue to scan the area for additional threats if applicable.

I don't know how much weight I put in this next one, but here is something I've heard others say in support of not rendering aid. Not in every instance but in some circumstances, rendering aid to someone you just shot could bring to question if the person actually posed an immediate deadly threat. Some may even perceive your rendering of assistance to the victim as trying to ‘undo a mistake.'

In any use of force, investigators pick apart every one of your actions and weigh it against the totality of the evidence. Rendering aid in a cut-and-dry legal use of deadly force isn't going to tip the scales against your claim of self-defense. However, in a questionable use of force, anything and everything is open to an unfavorable interpretation.

I want to wrap up by addressing a justification for not rendering aid to somebody you shot that is morally and factually wrong.

I've heard people say, “dead men tell no tales” or “dead people don't sue.” Please don't ever use this as justification for excessive force or keep from saving a life. First, evidence speaks volumes, and many people who killed their victims are in prison. Secondly, dead people don't file lawsuits, but surviving family members often do. Fear of a lawsuit isn't justification to kill someone or hope they die.

Whether or not you should render aid is moot if you don't have the gear or ability to treat an injury. Many people carry ankle individual first aid kits (IFAKs) along with their everyday carry (EDC) guns. These IFAKs have the essential items you can use to save a person's life potentially. Here is some more information on what things we think belong in an IFAK. You can also check out the wealth of trauma care information available for FREE on the Mountain Man Medical website. 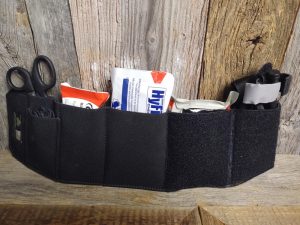