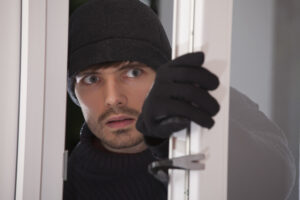 A man who invaded a Wyoming citizen's home was killed after he failed to obey the orders of a homeowner, who gave him the opportunity to leave, before firing upon him with his firearm.

According to the Sheridan, Wyoming Police Department, officers responded to a home on the 200 block of West 10th Street shortly after 3 a.m. on Sunday morning.

The Sheridan residence is home to a couple and two young children. The shooter's girlfriend who reported the shooting to police said that the adult male intruder, who was not known by the couple, entered the home without permission.

The woman's boyfriend produced a shotgun and attempted to get the intruder to leave peacefully. When the intruder refused, the homeowner took aim with his firearm. At that point, the intruder still refused to leave the home.

“The male resident felt threatened after exhausting efforts to talk the man into leaving the residence,” police stated in the press release.

Then, after multiple attempts to peacefully resolve the situation, the homeowner shot the intruder once in the chest. He was later pronounced dead at the hospital.

The occupants of the home were unharmed and are cooperating with the investigation. It was determined the intruder entered the home through an unlocked door. The dead intruder was not identified by police until family is notified.

The investigation is currently ongoing, but it is likely that no charges will be filed against the shooter.

States are Considering Universal Background Checks, But Do They Do Anything?
Episode 62: Outshoot Cops: How to Perform Better Than Average LEOs