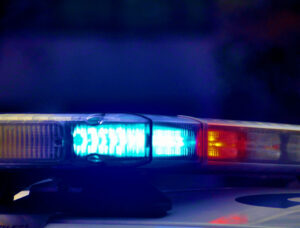 Here is a story unlikely to make the evening national news. In early October 2015 there was a serious disturbance at a gas station in Plymouth Pennsylvania. A man upset with a woman for not letting him into her car ran across a highway where he stopped a white Saturn and attempted to “drag” the woman driver out of the car.

The driver, despite being assaulted refused to give up control of the car while she shouted “My kids are in the car, my kids are in the car.” Witnesses said the suspect wrestled with the woman at one point dragging her from the car to the ground but she got back in the car fighting for control.

As they fought over control of the vehicle it lurched across the highway and came to a stop at the base of a gas pump at the gas station. I wonder if the suspect thought to ram the car into the original car that he tried to get access to.

At that moment is when the concealed carry holder, Rob Ragukus, decided to intervene.

Sharma said Ragukus, who had pulled in to purchase cigarettes, got out of the car, pulled a gun and said, “I have a license to carry this gun, don’t move.”

Sharma and several others had already called 911 and the police arrived shortly afterward.

The woman emerged from the car safely and the suspect was taken into custody, Plymouth police said at the scene. –Source

A great lesson in when to act and possibly many lives saved thanks to the actions of Mr Ragukus.