Join Our Newsletter
Shop Our Store
MAIN MENUMAIN MENU
By Matthew Maruster on January 19, 2022 in Gear

If you've wanted a smart way to secure your long gun and still have quick access, check out the newest product from VARA. 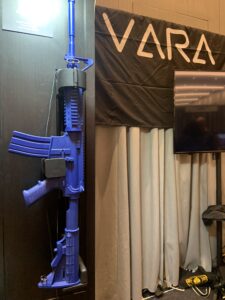 Today at SHOT Show, I spent some time at the VARA booth speaking to Stacia about the company's new product. I first came across the company at SHOT show in 2019 when they released a fantastic biometric handgun “safe.”

I reviewed the original product called Reach and the updated Reach 2. The product allows fast access to your handgun while keeping it secure from those who shouldn't have access. Reach uses a biometric fingerprint reader that unlocks the unit.

The Reach product is in its 3rd-generation and is called Reach 2S. 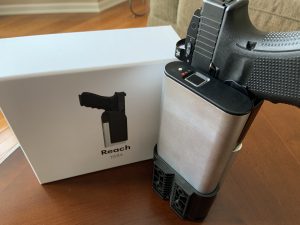 I was impressed with the speed and accuracy of the fingerprint reading capabilities of Reach 2. However, the upgraded fingerprint reader technology in the 2S version is even faster and more accurate. The reader unlocks the unit in around .2 seconds and can read the print no matter what orientation the finger lands on the reader.

Follow this link to see my review of the Reach 2 handgun “safe.”

VARA RACT for Rifles and Shotguns —

People really liked the VARA's Reach for their handguns, so it only made sense to develop a similar product for long guns. 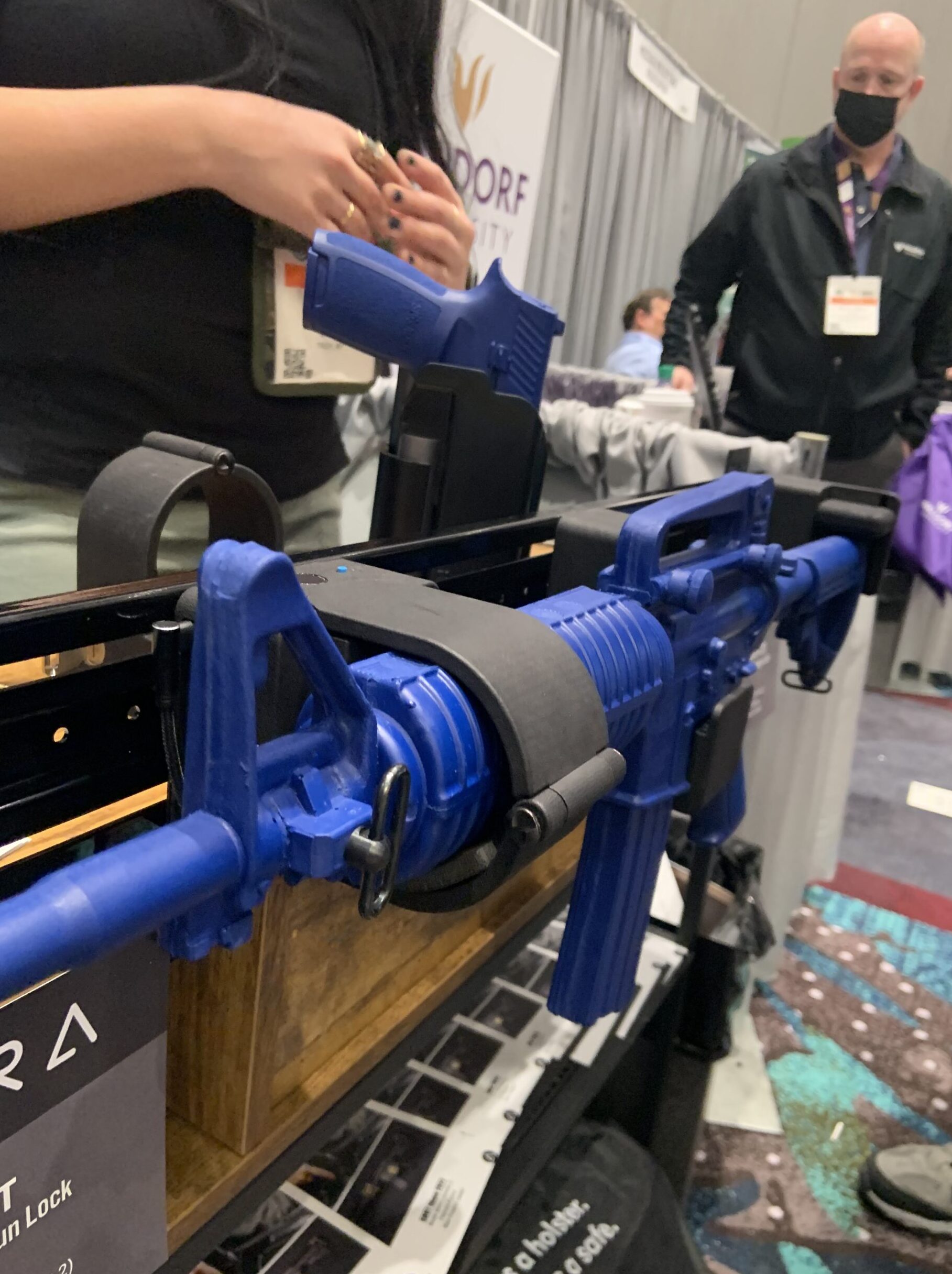 So I finally got to take a look at this product for long-guns called RACT. No RACT isn't an acronym. It's just a name that captured the spirit of the product- a long-gun rack that is tactical.

RACT is a modular gun lock system with the ability to be configured for nearly any long-gun set-up someone might have. From what I saw, the product's major parts are a mounting rail, trigger guard, locking mechanism, and an end piece to secure the stock. 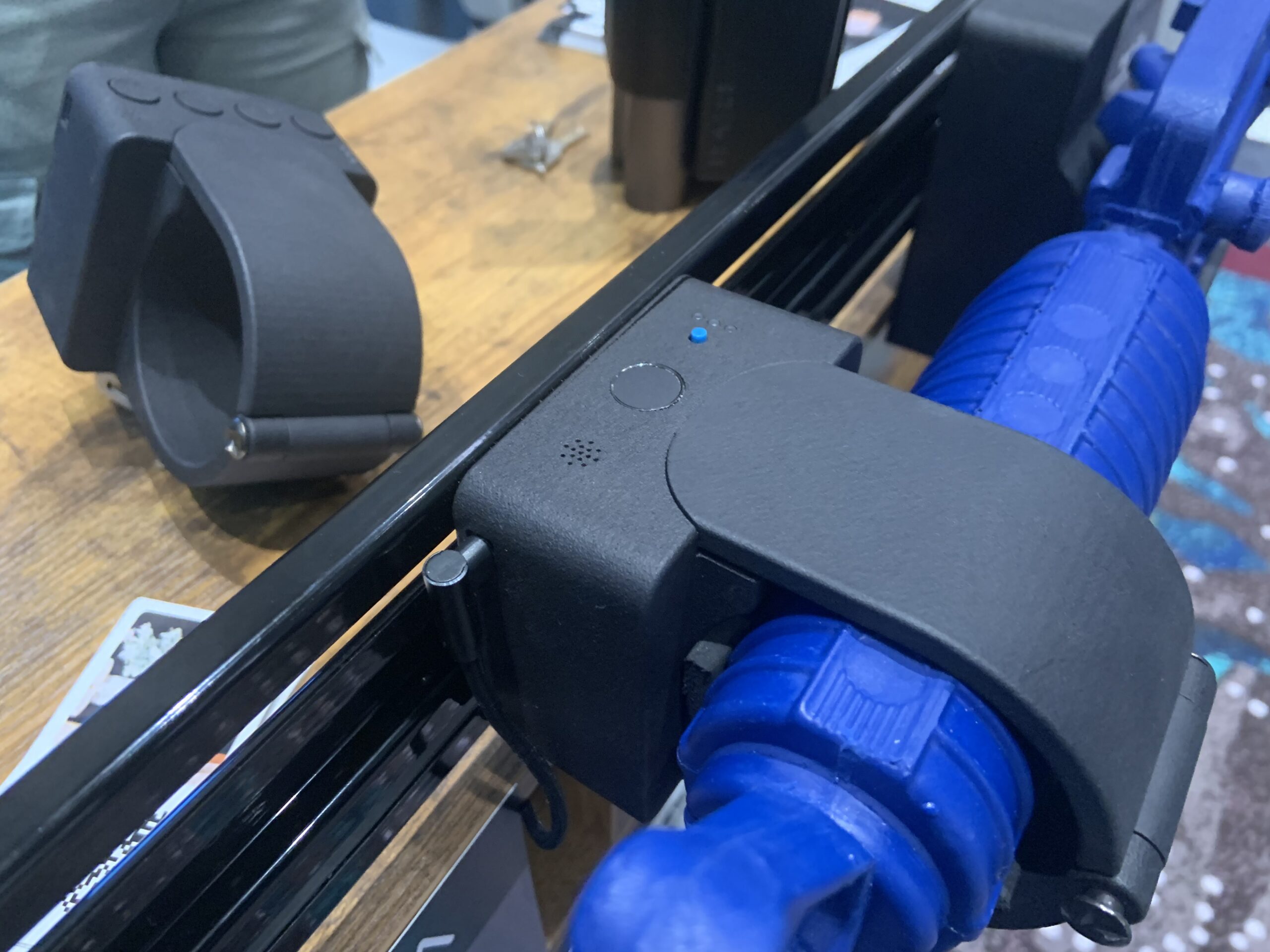 Each component mounts to the rail, so you can configure it to work with a rifle or shotgun of any length. The rail mounts either vertically or horizontally.

There is no way to access the trigger or move the gun when locked in the RACT locking device.

The product makes it easy to securely stage your long gun and still gives you fast access. 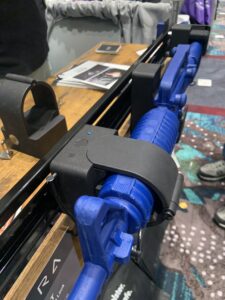 It looks like the system is versatile enough to work even with an AR equipped with a sling or various accessories mounted to the handguard.

Stacia showed me a locking device that looks the same but uses keypresses instead of a fingerprint reader. 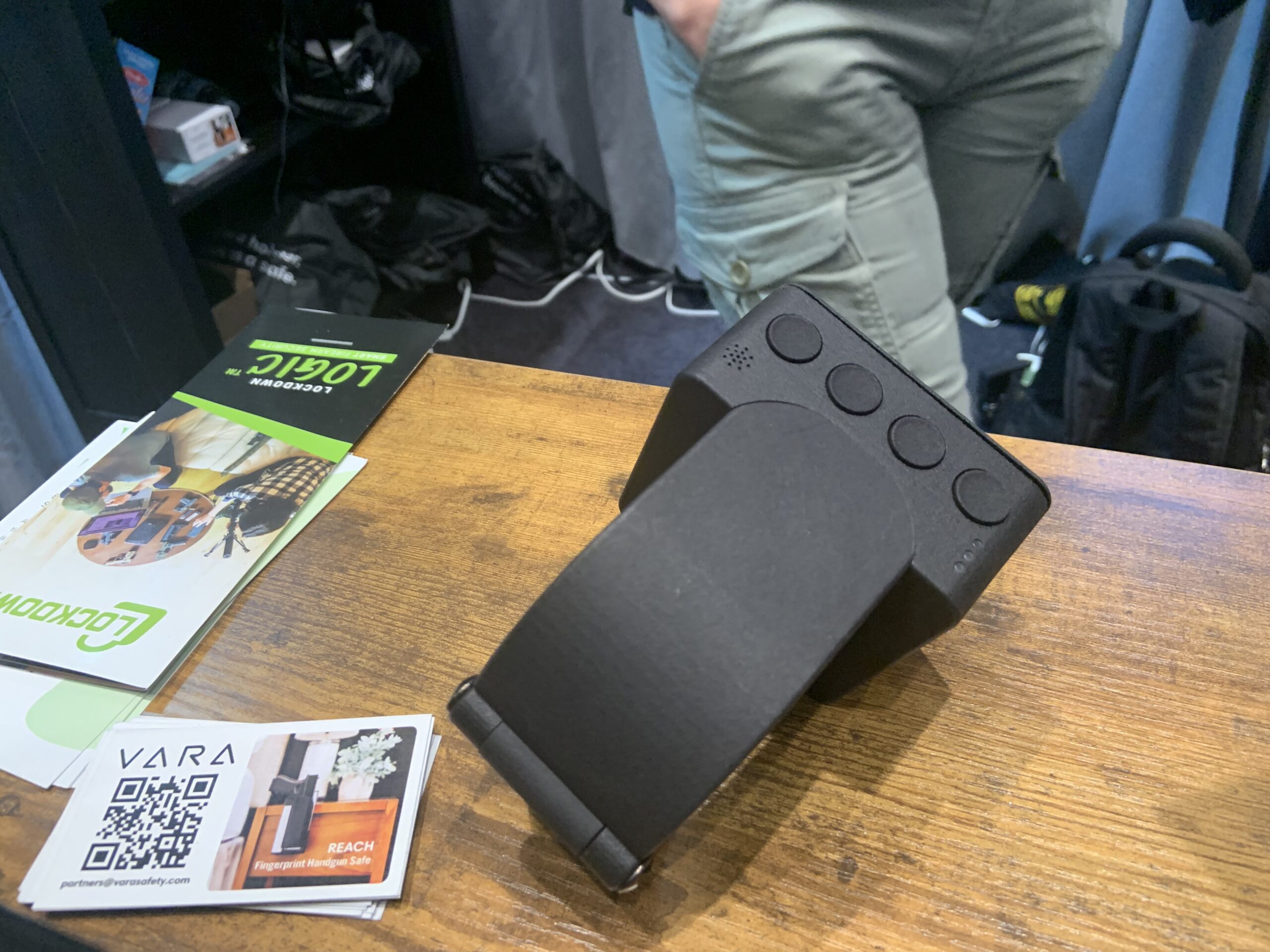 I see the RACT as a practical solution for a home defense gun and law enforcement applications. Not only could someone mount RACT to a wall, but also inside a vehicle.

RACT is currently in beta testing but will be available soon.

Learn more about VARA and get notified when RACT hits the market.

RACT from VARA is one of the coolest products I've seen at SHOT Show 2022.