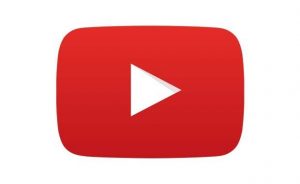 If you're anything like me, chances are good that you're on YouTube a lot. I HATE YouTube, don't get me wrong. Let me re-word that so you understand me, I despise YouTube because they are unfair in their algorithms toward gun content creators. I've experienced this firsthand.

Yet, there are some channels on that platform with some really decent, knowledgeable people so I find myself over there all the time.

How else am I going to consume their videos to learn from these powerhouses within our industry? What follows will be my top five list of YouTube gun channels that I'm currently watching.

But first, a disclaimer —

While there are some good channels out there I won't be listing here for one reason or another, there are also plenty of people out there who are, at best, clowns. And at worst, some of the stuff these clowns say can be downright dangerous.

It's not my job to slander anyone in our industry, but they're out there and some of them have bigger followings than they should in my opinion. Instead of slander, I'll just point you to a few I think are solid even though this is not an exhaustive list.

The Active Self-Protection channel with John Correia is a great resource for dissecting self-defense encounters of all kinds from around the world.

I've found that having the ability to put myself into the shoes of the person doing the defending as I watch what they're doing really helps teach me what I would and would not do in a similar situation.

The Active Self Protection channel uploads these videos several times per week and John does a really good job of breaking the scenarios down about what was done well versus what could have been done better on the part of the defender.

You can find his channel here.

Trident Concepts, a channel put out by someone I respect more than most, is an excellent channel. Jeff Gonzales is a Navy Seal and all around great instructor.

Even better, he's got a lot of videos that are relevant for things you may be facing. For example, I do a lot of training, or I used to before the world around us began to melt. The problem I'm having is that so far this year I've injured my shoulder to the point where I cannot extend properly with my strong side not once, but twice.

What I mean is that I hurt my shoulder, got better, and then hurt it again. I'm seeing a pattern here and feel the need to overcome this with my other arm, should I ever need to defend myself while I'm hurt.

Jeff has a video about shooting week handed and helped me through something I never would have thought about even though it's a super simple concept. I'm right eye dominant but usually keep both eyes open when shooting. In his weak handed shooting video he says to just close your right eye.

It helped make a difference in my dry firing as I learn how to defend myself not only one handed, but also weak handed.

You can see this channel here.

While it pains me to say that I look up to an old Army Dog, being a Marine Veteran myself, I do. Kyle Lamb is one of those rare dudes who is respected in the industry because he knows what he's doing and is fun to be around because hilarity almost always follows him.

You'll get more than just concealed carry tactics from his channel, though. You'll get a lot of other tips as they relate to carbine handling and other essentials. He doesn't upload as much as the others, but he has years worth of videos to make up for it.

You can see his channel here.

The average concealed carrier suffers from the delusion that they're invincible because they're armed with their gun. Or, they wrongly think that their gun will somehow always save them regardless of what situation they may find themselves in.

The truth is that every self-defense situation is a dynamic fight that can progress and travel down a rabbit hole before you ever even have the chance to grab your gun to defend yourself.

After watching several of his videos you begin to realize that you may need to actually fight your way to your gun even if it's holstered on your body. There is a wealth of knowledge here.

You can view his videos, here.

I couldn't not include our very own channel, right?

Our YouTube channel has hundreds of videos ranging from product reviews to how to tips and concealed carry tactics. There is a lot of information out there, especially as we've been to industry events and host podcasts around the country at these events.

You can find our channel, here. Make sure you subscribe and hit the notification bell.

Just because I didn't list your favorite YouTube channel doesn't mean it sucks — though that is a possibility as more and more “gun experts” continue to come out of the woodwork. I attempted to find a solid woman's-only channel but I'm not a woman and a lot of the stuff that is found in the above channels can also apply to women.

P.S. ~ I wasn't sure I was going to do this, but figured it couldn't hurt. There is one thing all of the above channel owners and hosts have in common, and it's that they've all been on our podcast and our Guardian Nation Live at some point in the past.

I'd encourage you to learn more about how to become a member of our Guardian Nation, by clicking on that link.