Join Our Newsletter
Shop Our Store
MAIN MENUMAIN MENU
By Matthew Maruster on August 23, 2022 in Gear

A recent incident in Clayton County, Georgia, provides us with another example of the potential ramifications of irresponsible gun handling. I feel incidents like these should be an example for those who don't practice safe gun handling, but a reminder to all gun owners. So here is the synopsis of the incident. 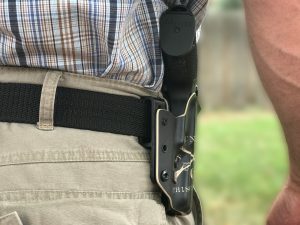 On August 21st, around 12:20 pm, a 29-year-old man called Michael Dalton shopped at the Walmart on Tara Boulevard. While in the grocery section, Walton's loaded handgun, which he had tucked in his pants, “slipped from his waistband.” When Walton grabbed the gun, he unintentionally pulled the trigger and fired a single round into the floor.

The single shot injured Walton, and the ricochetted injured three others standing nearby. Police reported all injuries were not life-threatening and that: 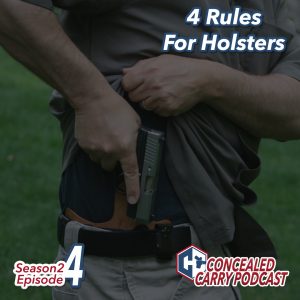 Choosing a proper holster and deciding on a carry position can be a difficult process. We've put together a comprehensive course called Holsters Concealment and Carry Positions that addresses these topics and includes considerations specific to women. The online course is available now, and beneficial to new carriers as well as those who have carried a handgun for years. 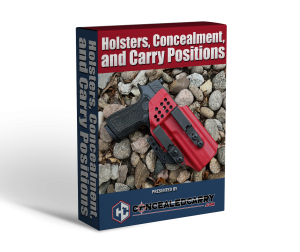 Finally, it isn't enough just to have a holster, but a proper holster. Below is a list of links to news stories of instances where the holster or lack thereof played a part in the outcome. Stay safe!

Should You Modify Your Carry Gun’s Trigger?
VIDEO: Man Knocked Unconscious as People Stand and Watch