Join Our Newsletter
Shop Our Store
MAIN MENUMAIN MENU
By Matthew Maruster on October 16, 2019 in Gear 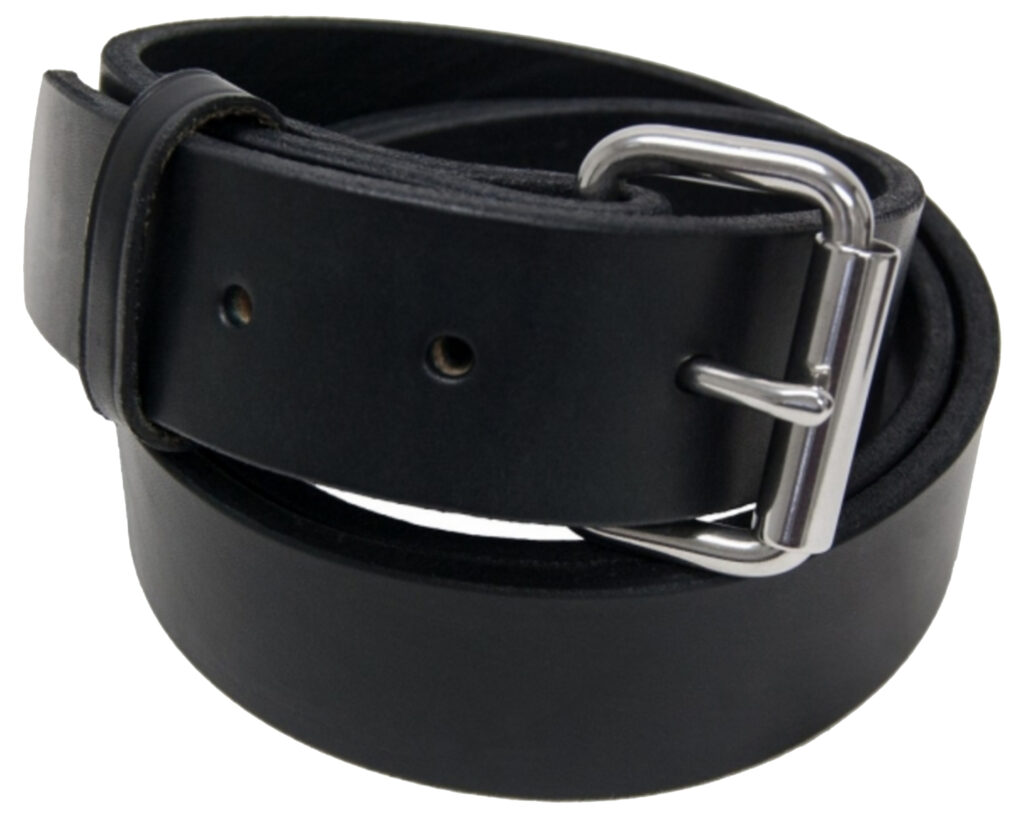 I wanted to address the Importance of using a good quality gun belt while carrying your firearm. Chances are good that you spent a lot of time and consideration choosing which gun and holster you carry for self-defense.

But, have you spent any time thinking about the belt you fasten your holster and gun to? If not, you may be surprised at just how much a good gun belt can help with comfort while carrying your firearm.

A while back, my old leather belt I used for carrying, a uniform trouser belt, was sadly in need of replacement. The leather which measured 3.9mm or 1/8th” thick used to be sturdy and supportive. But it had bowed, stretched, lost its integrity, and was quite supple.

So I started looking for a new one to use while concealing my gun, and heard a lot of rave reviews about Hanks Belts. I took the plunge and ordered two of them.

Both belts exuded quality when I pulled them out of the package. The thickness of both, especially the Bull Belt was impressive. I got right to work testing them out and wore both for about two weeks carrying every day.

The first consideration when choosing a leather gun belt is the thickness of the leather. Generally speaking, thicker leather equals more stability for your setup. In other words, a thicker belt is more rigid and won't let your gun sag down.

Additionally, leather that is one solid piece and not just thick pieces sandwiched around some filler will be much more durable and sturdy. If the leather does not have good integrity on its own, the wearer has to cinch the belt super tight in order to keep the firearm secure. This is going to cause a lot of discomfort.

Another consideration is that the buckle and fasteners on the belt should be made of quality materials. This is probably the only part of the belt that can actually fail or come loose. A skimpy buckle or fasteners is a good sign that the belt is not designed to last.

So after putting these belts through the paces for a few weeks I was so impressed I wanted to share my experience. I found that both belts were very rigid, which was most important to me. They took a little breaking in because the leather was very thick, but after a couple days of wear both seemed to just form to my body and holster.

While I found that the thickness of The Gunner belt was sufficient and comfortable I did like the added thickness of the Bull Belt and it’s stitching. Both held their color very well and looked nicer than my more “dressy” belts. I liked the roller on the belt buckle and the Chicago style screws.

I did find that while the leather looked high end, the buckle was a little utilitarian. It works for 99% of the time but I'd likely change it out if I were to wear it with a suit.

After all is said and done I am pleased with the selection and quality of Hanks Belts. I was impressed with the customer service I received and how fast I received the belts. The quality is top notch and the USA Made Amish craftsmanship shows.

If you are looking for a new belt because yours is worn out, or because your current belt isn't sufficient for carrying a gun, make sure you invest in a quality gun belt that is designed for such a purpose. There are many manufacturers who make great belts, so it shouldn't be hard to find one you like.

We sell a few in our online store, if you're in need.

And if you are on the fence and don't know which belt to go with, I am sure your experience will be just like mine if you go with Hanks Belts. As always stay safe.

4 Responses to Do I Really Need a ‘Concealed Carry’ Belt