Join Our Newsletter
Shop Our Store
MAIN MENUMAIN MENU
By Joshua Gillem on May 14, 2020 in Gear 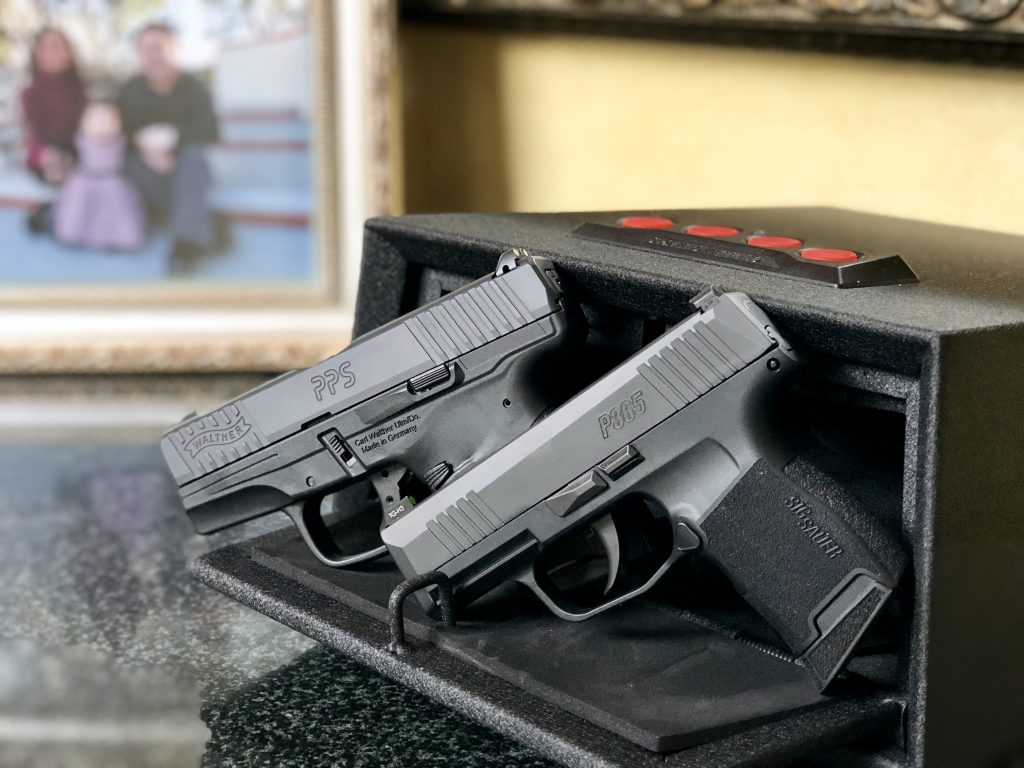 Your gun should have certain traits or attributes to make it an effective concealed carry tool. That is, by the way, exactly what your CCW weapon is — a tool. It's a tool that is used to equalize the disparity of force between individuals who wish to defend their lives from another who wishes harm.

In other words, if your attacker has a gun, it's better for you to have a gun to make it a more equal fight. If you were to just have your fists, there is a huge disparity. Unless your name is Clark Kent, chances are excellent that your fists won't be enough.

However, just having a gun, any gun, isn't going to be enough. There are certain essential traits that your carry gun needs to have so you can be effective at saving life. We'll view this from the lens of a concealed carry gun, as not all of these traits will apply to those of you who open carry, though some certainly will.

This is first because it is the most important. Every concealed carry weapon should be reliable. This does not just mean that your gun is reliable with your range or target ammo. If your pistol is for self-defense purposes you MUST make sure that the gun cycles your hollow point ammunition.

If it doesn't you've got a problem.

One of the biggest myths out there that drives us nutty is when we hear the gun store employees telling new gun owners that: “these rounds are target loads, and these more expensive rounds are for self-defense only.”

While there is truth to it in that you don't want to be running countless mags of expensive hollow points through your gun, you should know if it is reliable with your chosen self-defense ammo or not. If it's not, if it doesn't cycle it properly, you need a different kind of ammo or maybe even a different gun.

There are different aspects that makes a gun shootable that goes further in depth than your shooting accuracy, though there is also that and, while important, you likely already know that you should hit your target in a defensive situation.

For the purposes of this article, suffice it to say that you must be able to shoot your gun with accuracy and under extreme stress.

While creating this stress in an environment like the range can be very difficult to do, we do have methods that we can use to mimic stress. One of the ways is with a shot timer, which you can learn more about in this article I wrote, here.

Taking it a step further than this, is the ability to shoot multiple different times, under stress, while moving, and with accuracy. In other words, can you also land follow up shots if your attacker is unaffected by your initial shots?

In order to do the above (minus moving, since that's indirectly related), you need to have a very shootable firearm. You need a gun with a design that allows you to manage your recoil properly. Does it have a full grip? How long is the sight radius? What's the bore axis?

(for the context of this article, suffice it to say that a full grip helps the shooter mitigate recoil. A longer sight radius, meaning the sights are further apart, usually means better accuracy. And, a high bore axis usually reflects more felt recoil.)

And, while all of that goes outside the scope of this article, the simple way to figure out if the gun is shootable for YOU, is to actually go to the gun range, rent that particular model gun, and shoot it.

Being able to manipulate your firearm is almost as important as its shootability, but just different enough that it deserves its own subhead here. The reasons why it's important, is because people will research the best concealed carry guns, read that a Glock 19 or SIG P320 made the list, only to buy one and be totally unable to rack the slide on it.

Other people are told that they should buy a DAO (double action only) revolver because they're more beginner friendly, and while that may be true, certain models have such a heavy trigger pull that they cannot manipulate it in such a way that delivers accurate shots on target.

The best thing to do is to actually handle the firearm in the store before you buy one to make sure you can handle all functions properly. In other words, can you rack the slide, pull the trigger, reach the mag release, etc.

Coming from the standpoint of concealed carry guns, having the ability to actually conceal your gun so others don't see it is pretty important. While for many concealed carriers this means choosing the smallest gun possible, there are other ways if you're willing to experiment a bit.

We have friends who are tiny (like Jacki in the below picture) who have no issue concealing a Glock 19 in the appendix carry position (front).

(By the way, you can read about the holster she's using in this article.)

The Orion flawlessly conceals the Glock 19 even under t-shirts. (Photo: Jacki Billings)

I think what I'm trying to say, is that more important than the size of the gun is your willingness to learn how to conceal it.

There is more that goes into it than just concealing the gun, though.

You need it concealed in a way where you can still actually get to it easily. That means you need a decent holster as well, read up on some of the holsters we recommend, here.

This is less of a problem than it used to be, but can still be an issue for certain firearm models. And, while I don't personally carry a Glock, this is one of the benefits to owning one of their pistols. The aftermarket support for Glock's guns is incredible, and until recently (with the SIG P365) other guns haven't even come close to the amount of support they've received.

What I'm talking about here, mainly, is for holster support. There are still some big holster manufacturers who don't make gear for guns outside of the big 5 manufacturers. Therefore, if you've got your eyes on a CZ75, you'll have a harder time finding a holster for it than you would an S&W M&P.

That in no way means that your chosen firearm is bad if it has less support, just that you may have to try harder to find a holster for it, and may have a harder time experimenting with its concealment.

Choosing a proper concealed carry weapon is important as you may one day rely on it to save your live. It's better to get one you know you can shoot well and that works right from the get go, so you don't have to make up for it with your life.

What about you? Which traits do you look for in a concealed carry gun? Let us know in the comments below.

Top 3 Best Spare Magazine Carriers According To This Guy Right Here
Are Background Checks For 80% Guns On The Horizon?