When discussing or debating any topic, especially one as contentious as guns, it is essential that the people engaged in discussion use agreed upon terms. We can't properly convey all we want to say to someone who speaks an unfamiliar language. In this way, our discussions will be futile if we can't agree on the definitions of the very things we are talking about. For that reason, I think it's important to look at the legal definition of terms like: firearm, receiver, frame, and (PFM) privately made firearm. 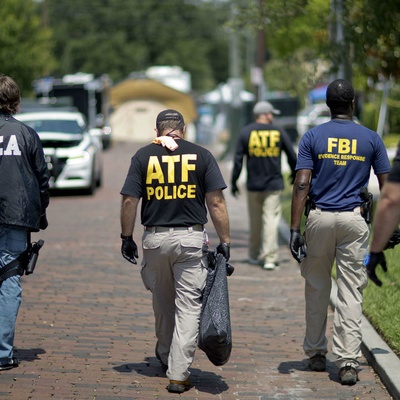 Defining these legal terms isn't easy. As you'll see, this whole topic is quite confusing and I am certainly not a legal expert. I've tried to link to all source materials and taken text verbatim where appropriate.

This post won't answer every question pertaining to this topic, and really only addresses it from the federal level. That said, I hope this post provides some clarity on at least the legal language used for these topics and a starting point for you to research the topic even deeper.

To start, we can't just open up a webster's dictionary. We can't use a dictionary, because these terms have legal definitions found in statutory law. Then, the legislative branch interprets how the words of the law mean practically. Therefore, legal definitions often include various case rulings (case law) to cite how the court defined a particular term in a court decision.

We also need to be careful using colloquial terms. You know the conversation is going going off track when you try to correct a term used incorrectly, and they say something like “well you know what I mean.”

My point is, for people willing to exchange dialog respectfully on the guns, gun law, etc. topic, try to stick to terms that both sides can refer to. I've found this helps keep the discussion centered on facts and reality, rather than emotions and concepts, or how things ‘should be'.

Okay, enough of the intro, here are some definitions and the source.

A. any weapon (including a starter gun) which will or is designed to or may readily be converted to expel a projectile by the action of an explosive;

B. the frame or receiver of any such weapon;

C. any firearm muffler or firearm silencer; or

D. any destructive device. Such term does not include an antique firearm.

This broad definition encompasses not only operable firearms but those that have been disassembled or dismantled or altered in such a way that they are inoperable at the time of the offense. For example, this definition has been found to include a firearm with the hammer filed down because it could be “readily converted” to expel a projectile. United States v. Ruiz, 986 F.2d 905 (5th Cir. 1993). This same justification applies for including starter guns within the definition of a firearm. “Firearm” is defined differently for violations of 26 U.S.C. § 5861. See 26 U.S.C. § 5845(a) and Appendix.

Now how this definition gets applied is really where it becomes confusing. The ATF proposed to change how they would interpret what the legislature meant in 18 USC 921(a)(3), to address ‘weapons parts kits‘. Here is what the accepted definition added to the Title 27 definition of firearm(s), as described in the executive summary: 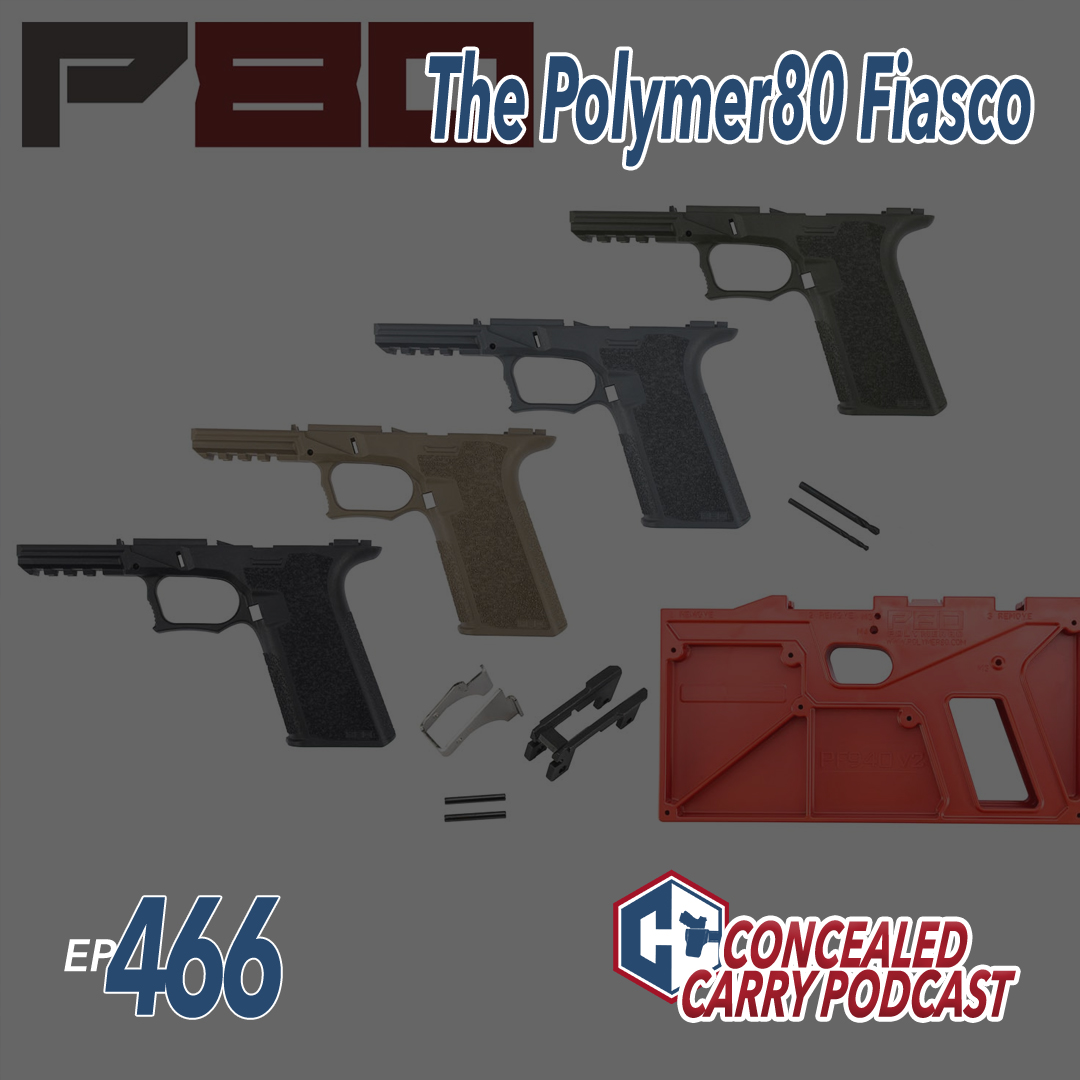 The issue of defining the term ‘unfinished frame' is not new. Here is a podcast episode where we discussed the topic.

I've emphasized the text showing that the parts kits must be able to be readily converted to fit the firearm definition. Well, how is readily defined?

The Department proposed to add the term “readily” to 27 CFR 478.11 and 479.11 and define it as “a process that is fairly or reasonably efficient, quick, and easy, but not necessarily the most efficient, speedy, or easy process.” 86 FR at 27730, 27747, 27751. It further listed factors relevant in applying this proposed definition, such as time, ease, expertise, equipment, availability, expense, scope, and feasibility, with brief examples describing these factors. Id. The proposed definitions and factors are based on case law interpreting “may readily be converted to expel a projectile” in 18 U.S.C. 921(a)(3)(A) and “can be readily restored to shoot” in 26 U.S.C. 5845(b)-(d). See id. at 27730 & n.58. The NPRM explained that defining the term “readily” was necessary to determine when a weapon, including a weapon parts kit, a partially complete or damaged frame or receiver, or an aggregation of weapon parts becomes a “firearm” regulated under the GCA and NFA.

If you ask me, that an 80% lower that doesn't come with a complete part kit, tools, jig, etc wouldn't fit the legal definition. And according to this article, this is the reason Democrats in Congress are unhappy with the DOJ. The Democrats read this definition as including even unfinished 80% receivers that don't come with the parts and tools to readily convert it to a firearm. With this interpretation, you would need to pass a background check to purchase the unfinished 80% chunk of plastic that looks like a gun.

Definition of frame or receiver in CFR 478.12 says:

(a) Except as otherwise provided in this section, the term “frame or receiver” means the following—

(1) The term “frame” means the part of a handgun, or variants thereof, that provides housing or a structure for the primary energized component designed to hold back the hammer, striker, bolt, or similar component prior to initiation of the firing sequence (i.e., sear or equivalent), even if pins or other attachments are required to connect such component to the housing or structure.

(2) The term “receiver” means the part of a rifle, shotgun, or projectile weapon other than a handgun, or variants thereof, that provides housing or a structure for the primary component designed to block or seal the breech prior to initiation of the firing sequence (i.e.,bolt, breechblock, or equivalent), even if pins or other attachments are required to connect such component to the housing or structure.

(4) The following are nonexclusive examples that illustrate the above definitions:

CFR 478.12 is quite long, so I won't add it all, however here are a few illistration samples of common semi autos from the section.

(ii) Colt 1911, Beretta/Browning/FN Herstal/Heckler & Koch/Ruger/Sig Sauer/Smith & Wesson/Taurus hammer-fired semiautomatic pistols: The frame is the lower portion of the pistol, or grip, that provides housing for the sear. 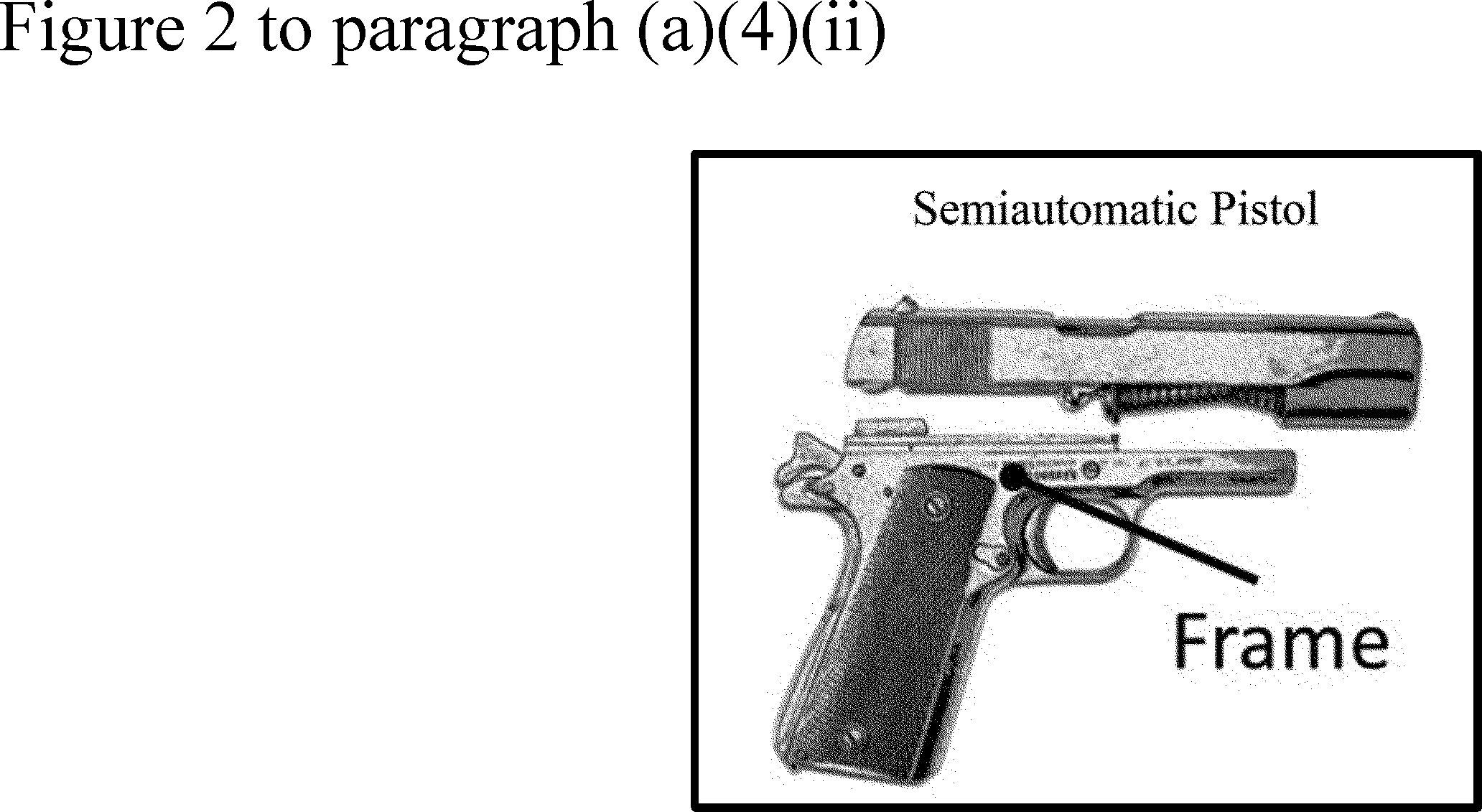 (iii) Glock variant striker-fired semiautomatic pistols: The frame is the lower portion of the pistol, or grip, that provides housing for the sear. 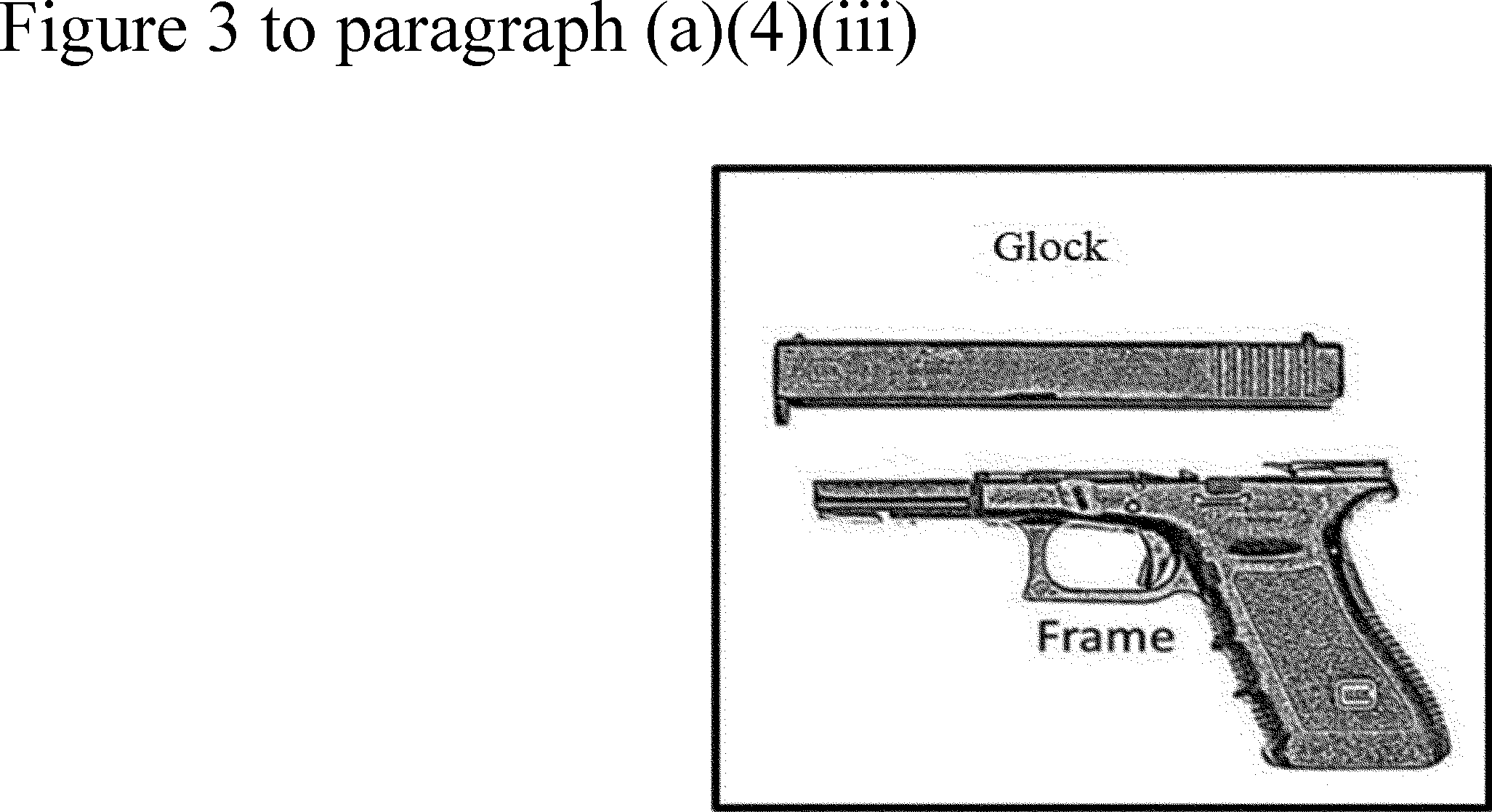 (iv) Sig Sauer P250/P320 variant semiautomatic pistols: The frame is the internal removable chassis of the pistol that provides housing for the energized component (i.e., sear or equivalent). 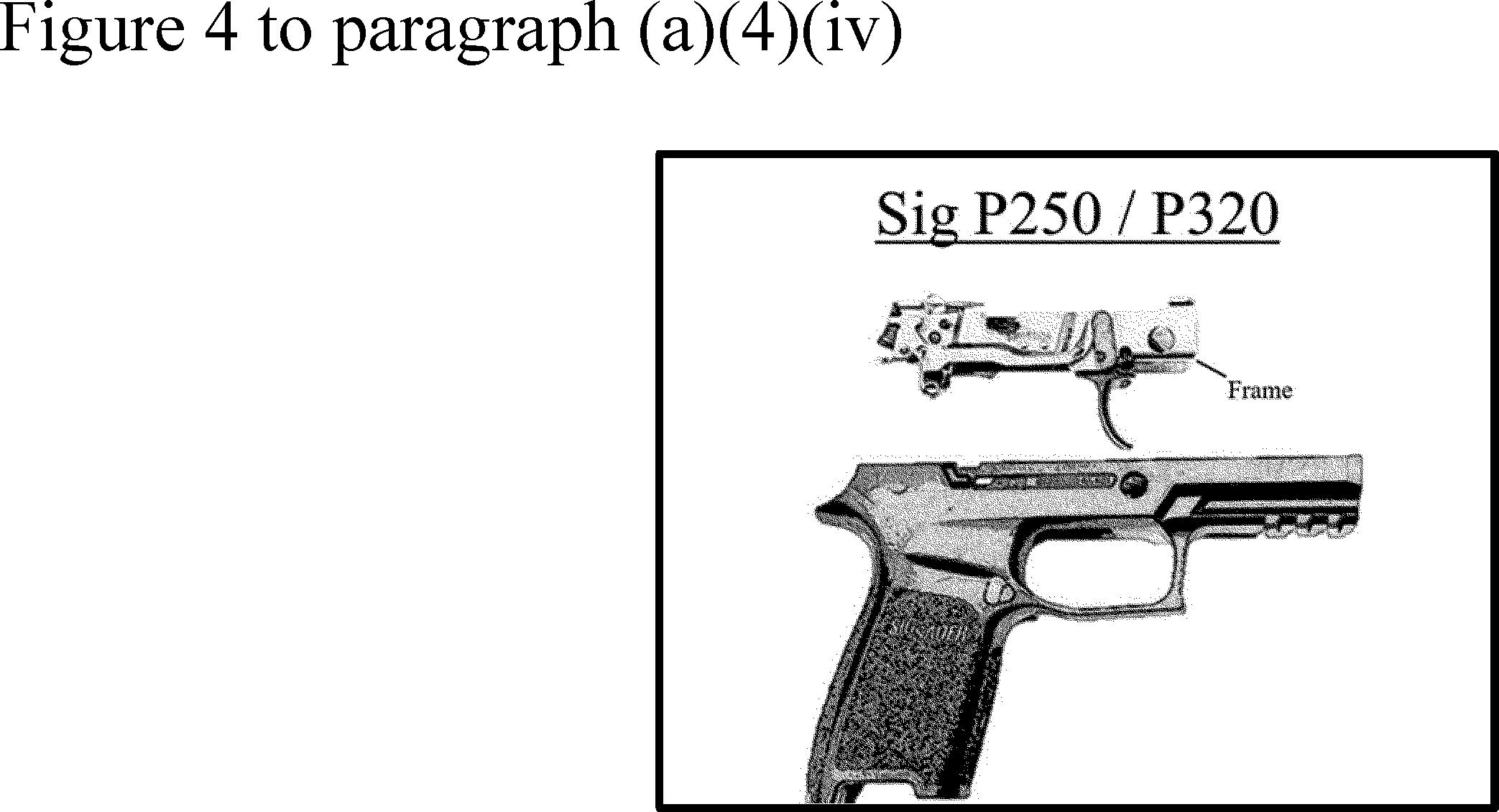 Historically, Americans could legally manufacture their own firearms for personal use. With the unfinished frame and received controversy, gun control advocates have zeroed in on this practice, and want to stop it.

The executive summary of 27 CFR 478.92, explains a privately made firearms as:

The NPRM proposed adding the term “privately made firearm” to 27 CFR 478.92 and to define it as a firearm, including a frame or receiver, assembled by a person other than a licensed manufacturer, and not containing a serial number or other identifying marking placed by a licensed manufacturer at the time the firearm was produced. See 86 FR at 27730. The term would not include a firearm identified and registered in the NFRTR pursuant to 26 U.S.C., chapter 53, or any firearm made before October 22, 1968 (unless remanufactured after that date).

I think it's important to note that privately manufactured firearms are still perfectly legal, here is the qualifying language from the executive summary of 27 CFR 478.92:

At the same time, nothing in the proposed rule restricted persons who are not otherwise prohibited from possessing firearms from making their own firearms without markings solely for personal use, nor did the proposed rule require individuals to mark PMFs when they occasionally acquire them for a personal collection, or sell or transfer them from a personal collection to unlicensed in-State residents in accordance with Federal, State, and local law. Further, the NPRM would not require FFLs to accept any PMFs, or to mark PMFs themselves, or to provide services to place identification marks on PMFs. Licensees would be able to arrange for individuals who wish to transfer PMFs to licensees to have them marked by another licensee before accepting them, provided they are properly marked in accordance with the proposed rule.

Gun Law and Self Defense Law—

Many of you reading this post carry a gun as a tool for self-defense. So I'll mention that there is an important distinction between gun law, and self defense law.

If you're interested in learning everything you need to know about self-defense law, check out this book called, Law of Self Defense Principles from one of the most respected authorities on the subject, Andrew Beanca. If reading isn't your thing, Andrew has video courses and a host of other great resources on his site, Law of Self Defense. 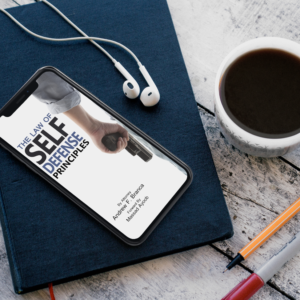 4 Responses to What is the Legal Definition of Firearm, Receiver, Frame