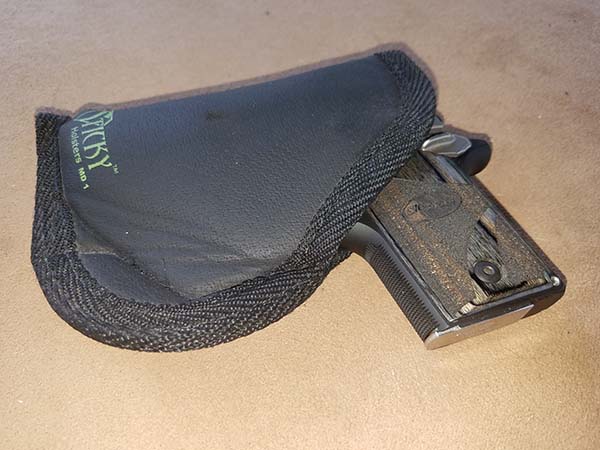 One of my EDC setups, a Sig 938 in a Sticky Holster. This gun had an empty mag and chamber when I took this photo.

Please note that all of us at concealedcarry.com, to my knowledge, carry a gun with a round in the chamber. Furthermore, we always recommend that if you're comfortable carrying a loaded gun, that this is how you should carry. However, some folks aren't comfortable enough to carry a loaded gun, so this article is for them to ensure they can be as effective at self-defense as possible.

We feel strongly that it's better to carry a gun than not, so with this in mind, let's get started.

My main purpose for this article isn't to necessarily convince you that you should carry with a round at the ready, but to inform you of this: You should practice your chosen method of carry as if your life depended on it.

However you carry your gun, whether loaded or not, you must practice your drawstroke, getting on target, and pressing your trigger. Having the ability to actually put shots on target from the draw is of the utmost importance and something we can tell people don't practice enough.

Make no mistake, if you don't have a round in the pipe, then pulling the slide back to chamber a round is a part of your drawstroke (not to mention an extra step). After all, you cannot defend yourself with your gun without a round at the ready unless you plan to throw it at your attacker, or pistol whip them with it. Those two things, by the way, are two things we do not recommend you do (though, there are instances where hitting someone with a gun is warranted in self-defense, but that can be a topic for another day).

Having to pull the slide back to send a round home is another step during an already intense scenario where I might not be in a proper state of mind. This extra step must be practiced, and in more than one way. What I mean, is that you should also practice one-handed slide racking in case you're defending yourself, physically, or your weak hand is otherwise incapacitated and unable to rack the slide.

One of the reasons for all this practicing is to build up muscle memory. I recently asked Riley for his thoughts on muscle memory, and this is what he said:

Muscle memory is actually brain pathways that have been trained to work more efficiently, faster, so that the thought processes that occur through them happen so quickly they’re almost automatic and more on a subconscious level.

Check out this Podcast episode where muscle memory is discussed in depth:

While I've never been involved in a self-defense incident where I needed my firearm for self-defense, I've spoken at length to a few who have and they've assured me that the fog of war we hear about is a real thing. During a critical incident when the fog has taken over, finger dexterity is limited, the body starts to enter fight or flight mode with tunnel vision, and the body limits your precious oxygen only to where it's needed most.

In other words, we need everything we can stack on our sides to come out on top.

This is why I, personally, practice my drawstroke on a daily basis. Though, admittedly, I didn't always, and I understand that was a mistake. 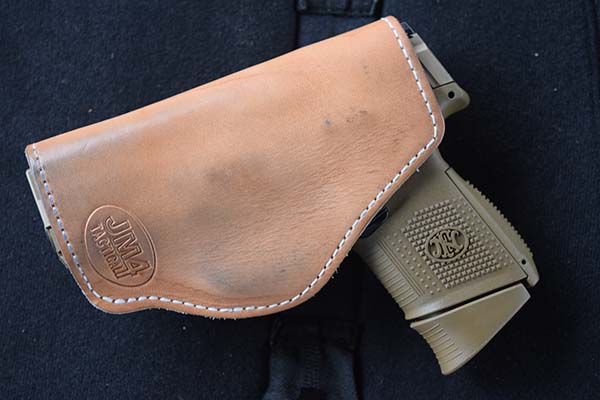 My favorite carry gun in my collection, currently. FNS9-C

You have to train how you'll fight and fight how you train. If all you do at the range is stand there at the bench, pick up your gun, lock the slide, insert the magazine, and press the slide stop to send the slide forward, then get on target to shoot, you're not training yourself right. I've never been to the range with you and I know for a fact that you would never shoot like that if you had to defend yourself.

You would draw your gun, pull back and release your slide, and then get on target in as fluid of a motion as possible. It's not practical to lock the slide back and then send it forward in two different motions. You'd just pull it back and release with your fingers.

I carry a loaded gun because I don't want to have to do anything extra to stop a threat. But, I understand that some folks are not comfortable with this. If this is you, you must practice properly. If your range allows you to draw and shoot, then do it. You have to practice the entire thing often to be proficient with it.

One thing that I see, and have personally done, is to go for speed right away. It seems logical to one that you need to draw and get on target as quickly as possible. But, speed is something that comes with practice. It's something that you get better at the more you do it.

In other words, you can't expect to be Rob Leatham in your first week.

But, if you practice daily with a dry gun (no ammo or with dummy rounds) in your house, you'll increase your ability and speed in no time.

At the bare minimum, you'll at least be more prepared should the time come when you need to defend yourself or family from an attacker. What do you think? Do you carry with a round in the chamber? Let us know why or why not in the comments below, and please remember that our main focus is education.