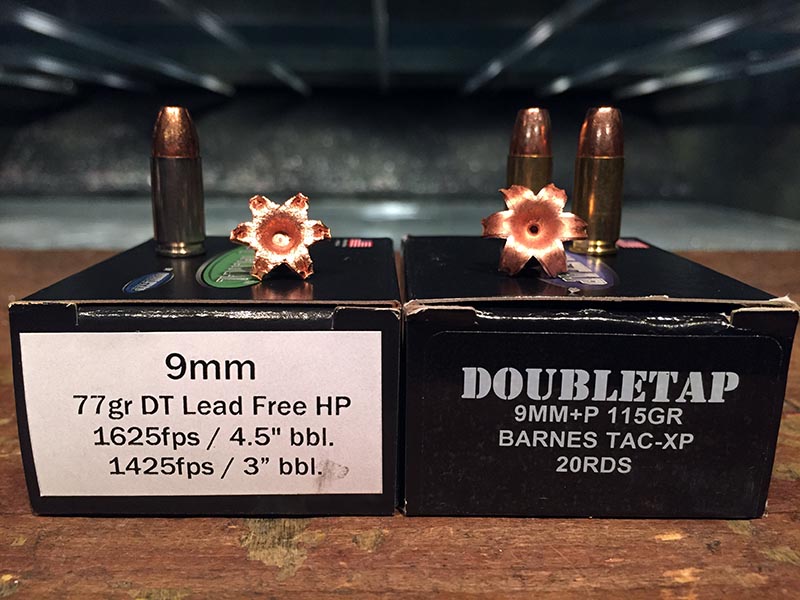 On the right, a box of Double Tap ammunition showing the +P rating.

Recently I discussed the basics of terminology on the end of the ammo box. In it, I casually described so-called +P and +P+ ammunition. It’s pretty common to see this type of ammo sold for concealed carry revolvers chambered in .38 Special. Other calibers like 9mm Luger, .45 ACP, and .380 ACP are also available in +P. What the heck is this stuff, and should you buy it for self-defense ammo?

The P in this instance stands for pressure, which, in its simplest terms, is the pressure generated first inside the case as the powder inside burns and consequently, in the chamber as that pressure drives the bullet out of the cartridge, down the barrel, and out the muzzle. That extra pressure is generated by a larger dose of powder than is normally used for that caliber/bullet weight combination. The thought is, for defensive purposes, the super-propelled bullet will strike its target with increased power. That’s a layperson’s explanation, but since I passed Physics 101 by the skin of my teeth, I’ll keep it simple and keep us all out of trouble in the process.

How does the manufacturer know what constitutes a +P dose of powder for a given caliber? There are published standards for powder content, created by a quasi-governmental body call SAAMI—the Sporting Arms and Ammunition Manufacturing Institute. Since 1926, SAAMI has been charged by the US Congress with the task of “creating and publishing industry standards for safety, interchangeability, reliability and quality, coordinating technical data and promoting safe and responsible firearms use.”

For gun owners, the organization even keeps a list of easily confused but dangerous firearm chambering/ammunition combinations. And you thought Uncle Sam didn’t care.

+P ammunition exceeds the high end of SAAMI’s recommendation for any given commercial firearm of a certain chambering firing a cartridge of its identified caliber. Some firearms are rated to accept these higher-pressure loads. Often, especially with modern revolvers, it’s easy to tell if that’s so by looking at the chambering stamp on the barrel.  If a “+P” is seen there, the gun is considered capable for handling this type of ammunition. The +P rating is still within SAAMI-approved standards, but only for guns with the construction to withstand these loads.

+P+ ammunition exceeds even the top end of SAAMi ratings. It is still shootable through +P-rated barrels, but one should expect increased recoil and carbon build-up on the barrel and action. 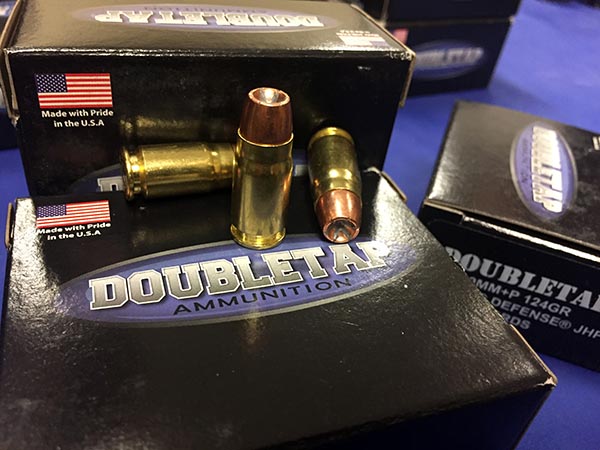 The ballistic data might be influential, but it’s up to you to test any ammunition to be used for defensive purposes in the gun you’ll carry. Know your gun and ammo!

Some firearms, like my Ruger LCR chambered in .38 Special, proclaim +P status right on the barrel. Glock recommends SAAMI-approved ammunition …obviously, there’s some room for interpretation there. It’s up to you to do your research for your particular firearm.

As previously mentioned, +P and +P+ ammo is thought to deliver more oomph on impact. But that also means more recoil, which might mean a delay in follow-up shots, depending on your gun handling skill and experience. It could mean premature wear on your handgun.  The higher velocities that can be associated with this ammunition mean the slide on your semi-auto will be traveling faster than usual to eject the spent case and peel the next round out of the magazine and into the chamber.

This is a potential source of malfunctions. As always, don’t assume any specific ammunition will work with your gun until you’ve fired a few mags full and had it cycle without ammo-related trouble. Ammo should have to earn a place in your EDC!

Before we get excited about the extra velocity and start dreaming about getting .45 ACP performance out of your .380 Auto loads, keep in mind that most manufacturers choose lighter bullets when making +P and +P+, especially for calibers typically seen in semi-auto. This is done primarily to avoid failures as described in the paragraph above.

There is one very unique exception that I know of to the lighter bullet/more powder dilemma. Double Tap Ammunition, an American company, makes a whopping 255 grain .45 ACP +P cartridge called the Equalizer. How do they do it? There are two projectiles per cartridge.  I’ve fired this ammo out of both a polymer and steel frame 1911, and it works. Now that’s an out-of-the-box solution, from a company with a stellar reputation. You might be more familiar with the company’s product lines branded by Colt or Ted Nugent. 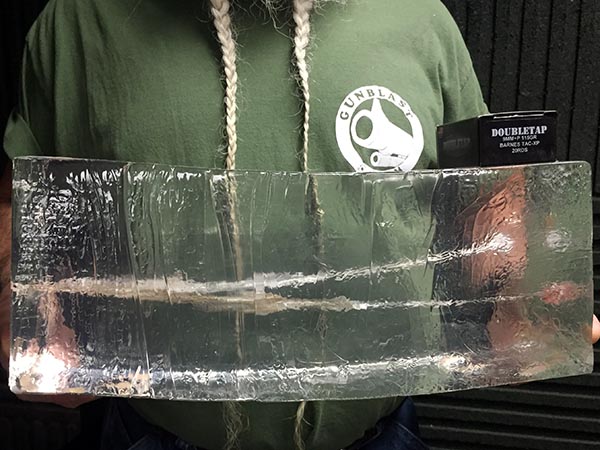 If you’ve read my other material, you know this informed opinion comes next: a good hit with mediocre ammunition beats a miss with the best-performing load, any day! If having +P or +P+ ammo gives you more confidence in your defensive gun, and works reliably in that gun, go for it, but don’t neglect practice.

As with any defensive ammunition, expect to pay a premium price when the box indicates what’s inside is +P-rated.

One of my shooting mentors says “ballistics is a very mature science.” Never in the history of gunpowder have there been so many good choices and detailed information available for gun users, whether they use factory or reloaded ammunition. Lucky Gunner has a huge stock of +P ammo for many calibers.