Join Our Newsletter
Shop Our Store
MAIN MENUMAIN MENU
By Matthew Maruster on April 1, 2022 in Survival

The home invader is dead—the coroner loads into a van the lifeless human body of the attacker you killed. The responding Police have asked their questions, documented the scene, and left your house. You stopped the immediate threat, but now a whole new set of emotions come over you. What do you do now? 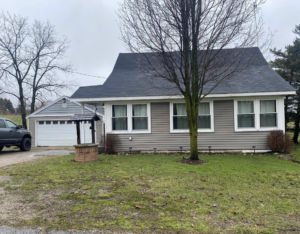 A recent late-night home invasion in Michigan isn't much different than the numerous others we've talked about on the Concealed Carry Podcast Justified Saves episodes. However, something the homeowner said led me to write this post.

I'm a religious man, so it’s still tough, [appearing to tear up] scared to death. Who knows when we’ll be done with that, I guess. Hard to go back in your own home after this happens in it.

When we decide to use deadly defensive force, all that matters is surviving the moment, and our brain helps us stay focused on that task. However, once we survive the violent attack, we have to deal with the lingering complications of a traumatic incident.

A homeowner and his wife awoke shortly after midnight when they heard noises outside their home. The noises were the sound of a man smashing out the truck's windows belonging to the homeowner. The homeowner, called Alan Lenhart, Standing at the front door, yelled for the man to leave. But, instead of going, the suspect advanced toward Lenhart. Linhart said he could see the man holding a handgun. 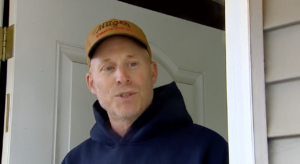 Linhart locked the door, grabbed his “deer hunting gun” from the safe, and loaded it. The suspect went to the back of the house, yelling for Linhart to give him the keys [to the vehicle]. The suspect climbed the back steps and began pushing on the back door to gain entry. Linhart yelled:

Go away, I’ve got a shotgun on you!

But the suspect kept coming and successfully breached the back door. The suspect began shooting at Linhart. Linhart took cover and exchanged an unknown number of rounds with the suspect. The suspect fled, and Police found him dead near the home.

The next day, Linhart said this to reporters:

My heart goes out to the family involved in this.

Below is the complete video interview.

All actions have consequences —

Undoubtedly, Linhart is thankful to be alive. But, at the same time, Linhart has a soft heart toward the implications of the suspect's death. The suspect was someone's son, maybe a sibling, a husband, or a father. We are all responsible for our actions, but our actions always have a ripple effect on others. Acknowledging the humanity of all people doesn't mean we are weak or incapable of using appropriate force when necessary. It just helps us see our decision to use deadly force with the heart of someone whose goal isn't to kill anyone.

Too often, this conversation presents only two opposing outcomes. The suspect kills you, or you kill the suspect. I'm here to say the correct view is to use the appropriate force to stop the attack. That may mean the attacker dies, and it may mean they survive. A responsible view finds either outcome a win because they survived the attack.

I believe if you view deadly force through this lens, you're less likely ever to use excessive force, and your use of force will be the last resort when lesser force is unavailable or would be unsuccessful in stopping the attacker. 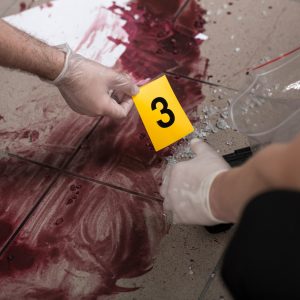 Recapturing a sense of security —

Anyone who experienced a home burglary attests that they feel violated. Just knowing someone was inside the place you call home and want to feel secure creates an uneasy feeling.

Now imagine your home as a crime scene. Include broken doors, glass shards, bullet holes, blood, human tissue, and a cold, lifeless human body on your kitchen floor. Eventually, the body will be gone, blood and tissue cleaned, and damage repaired. How about the scene in your mind? Reliving it each morning, you go to get a cup of coffee or gather for a family dinner takes away a sense of security.

Even after changing physical locations, victims have trouble falling asleep at night or being home alone. And let's consider the lasting trauma a child faces if they are present in the chaotic incident.

The point is that if we can avoid any of this, all the better. That is why I desperately preach avoidance and de-escalation as the preferable action. And after that, or if that isn't an option, you use violence of action that stops the attack using an appropriate level of force.

So set up a layer security approach that gives you time and options and makes it harder and less desirable for folks to target you and your home. In a complete home defense strategy, you can employ security cameras, exterior lighting, deadbolts, and reinforced strike plates. 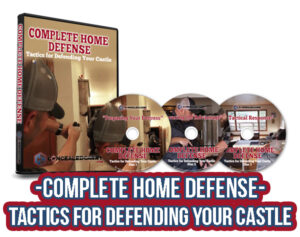 Again, in no way is this advocating passivity in the face of a deadly attack. Instead, it's a call for us to count the cost of our involvement in taking a life. It's a call for spiritual health that can help manage the psychological effects of a deadly-force incident. Finally, it's a call to see people as humans and a perspective that, wherever possible, seeks to live peaceably with men.

What do you think about this incident? Do you think it's worth it to think about these issues? Have you taken some alone time to contemplate everything that happens after the noise ends and the gravity of your actions comes over you? 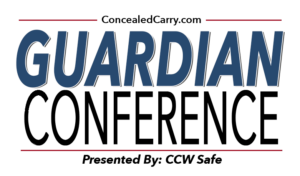 9 Responses to Aftermath – Surviving a Home Invasion , Now What?