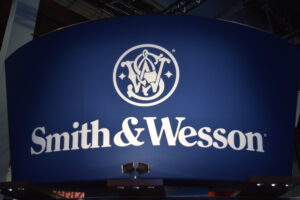 Smith & Wesson has issued a safety recall surrounding a batch of EZ pistols manufactured between March 1st and October 31st 2020. The identified problem occurred on firearms where a hammer was cracked and then failed to fully engage the sear. This can cause a round to fire, cycle the slide, and then continue to discharge without the need for pressing the trigger.

Smith and Wesson has said that this dangerous malfunction can happen under two different scenarios.

They are as follows:

According to the company this will not happen unless the grip safety is depressed and has occurred on only two firearms to date and they suspect that these are isolated incidents. However, it seems as though S&W has taken this issue seriously and has issued a recall on all EZ pistols manufactured between March 1 and October 31 2020.

To find out if you have an affected pistol, you can check the date of manufacture on your gun's box or check the serial number at mpshieldezrecall.com.

If you have one of the pistols manufactured during the above timeframe, stop using your EZ right away until you can find out if it has the cracked hammer in question.

If you have one of the affected pistols the company will make arrangements with you for inspection and the replacement of the necessary parts.

Please share this information with your friends who may have a S&W Shield EZ.