Join Our Newsletter
Shop Our Store
MAIN MENUMAIN MENU
By Joshua Gillem on February 19, 2018 in Opinion 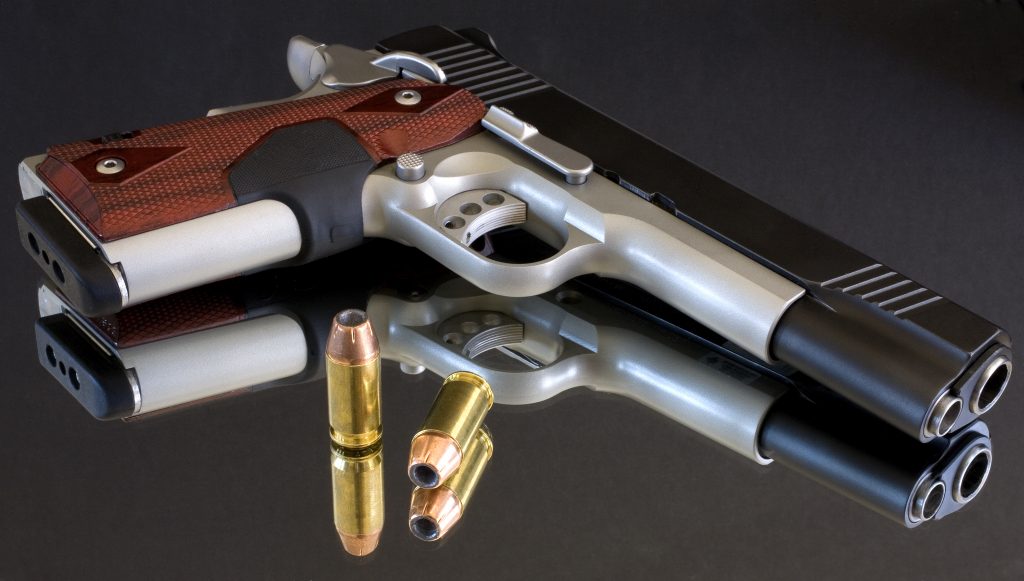 Think of me as naive, but I used to think of the gun industry as a whole in this way: Second Amendment supporters against the world. I literally thought that we were just one, big happy family. Boy was I wrong. If there is one thing that is apparent as I walk around big trade shows like the one NSSF puts on each year, called SHOT Show, or the Great American Outdoor Show, or the NRA Annual Meetings, it's that companies constantly rip each other off.

Or, at least they try to.

What's worse, a lot of the time, it seems like the bigger fish are just out to gobble up the little ones. After all, how could the little guys possibly get enough money together for a lawsuit against such a massive gun, holster, or gear manufacturer?

I can say with certainty that I'm no longer naive in this way. Instead, I'm filled with anger towards these manufacturers who try to abuse their power and take advantage of the little guy. While I cannot tell our faithful audience who these companies are right now, I know some of them read our humble little blog.

If you are guilty and reading this, take warning …

When (as well as “if”) I'm given the green light to do so, I plan to mop the floor with you. I'm currently tracking four different instances where big fish are picking on little ones, and that, my friends, is unacceptable to me.

But for now, because litigation is heating up between several different companies I speak to, let me just say that if you are planning to steal someone else's livelihood out from underneath them, … scratch that, you are the lowest of the low …

… the gum on the bottom of a shoe, remaining sticky just long enough to be a nuisance, but, in the end, dries out and falls off.

Chances are good that you did some research like checking patents, etc. But, what you may not realize is that you can't see all of it.

Moreover, you can't see what's in a person's heart. Don't assume that because someone might not have the funds to fight in court that they're not willing to live on the street to protect what's theirs. If they spent the thousands of dollars it takes to get an actual patent on their idea, you must assume that they're serious enough to protect it by any means necessary.

The best answer is to always come up with your own, new idea and not steal anyone else's. That is always the safest bet. To do anything else is just shady. As a rule of thumb, I will personally not do any product reviews on any product produced by one of the allegedly faulting companies unless they're proven to be in the right. If their name is cleared, then no harm is done–which is another reason why I won't name companies.

Just know that they are out there, allegedly stealing each other's ideas. Nothing is sacred, nothing is safe.

The lead/cover photo is in no way a representation of one of these companies, but I needed a photograph.

The opinions expressed in this article are the author's and may/may not reflect the overall opinion of concealedcarry.com.

Josh is a lifelong practitioner and student of the gun. He grew up shooting/hunting with his dad, and was given his first gun, a 12 gauge shotgun, when just a small boy. After high school, he joined the Marines where his love for firearms blossomed as he qualified with an M16A2, an M9, and a 240G. Josh has been writing about firearms and tactics for several years, owns the blog Gunners Den, is a staunch supporter of the Second Amendment, and believes that each individual person has the right to self-defense by any means necessary. Currently residing in gun-friendly NC, he carries a concealed gun on a daily basis, even in his own house.
View all posts by Joshua Gillem →
Episode 200: The Deadliest Shooting in U.S. History – Lessons Learned
Episode 201: Let’s Repeal the 2nd Amendment