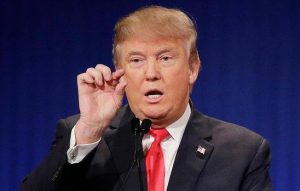 The thought of a national concealed carry reciprocity bill is something that warms me up on a cool, autumn day. As someone who used to live on the New Jersey border just inside Pennsylvania, just one wrong turn could have made me a felon if I ever accidentally ended up in that state and was caught with my gun.

Now that I live in North Carolina I'm not as concerned because the states I live around all honor my NC permit. However, I still have family in an anti-gun state and would like to go visit them again one day after this pandemic mess is over.

It is a dream for many of us to be able to carry a gun across state lines without fear of prosecution from anti-gun law makers, and honestly, something a majority of us thought we were going to get at some point during the last few years.

That, along with several other pro-gun measures that I won't get into right now, have gone to the margins as he has been forced to confront personal attacks from every angle.

Here is a portion of a recent interview when asked this very question, by an interviewer from the NRA:

Mr. President, each state’s driver’s license is honored across this great nation, yet a permit to carry a concealed gun — which, in contrast, is a right specifically protected in the U.S. Bill of Rights — is often not respected by other states. Will you support a national reciprocity act so that law-abiding gun owners can more easily travel with their freedom?

Trump of course responded that if it did come across his desk that he would sign it, and that really is the key because senate republicans don't seem to have any intention to get it to his desk (because if that was their intention they would have done it when they held both the house and the senate).

Nobody seems to be asking the right questions it seems. Instead of asking if he will sign it, someone needs to ask him why isn't he pushing for it. Or, ask the senators why they aren't pushing for it.

In a world where the things that are important are constantly rolling from the tongue of our leaders, this is not something that's really spoken about, and there may be a reason for that (though I intend to not speculate).

The gun vote is important, and we really need stop being so soft.

The truth of the matter is that gun owners are some of the most law abiding folks in the country, and one of the reasons we are, is because we don't want to break any laws preventing us from being able to buy and carry our guns in the future. Most police officers know this, and are thankful we're out there.

Where I have a struggle, is when one thing that is completely legal in one state is considered to be a felony in another state that shares a border. How did we get here?

Our gun rights have been slowly whittled away over time, and we need to push harder to expand our rights, and stop them from being limited.

The gun vote ended up putting him over the finish line in 2016, and I suspect that Trump's campaign team understands that he can't win without us. Let's let everyone coming up for re-election know how we feel.

Because simply acknowledging the 2A, knowing that there is a right to keep and bear arms isn't enough. I need someone to do something drastic to further our rights to what they should be, not whittle them down to nothing.

It's time someone took a stand.

Our smart phone app available for Android and Apple has the best reciprocity map builder of any, and allows you to know the laws in the state you're traveling to. It's completely free, and you can download it here.