Join Our Newsletter
Shop Our Store
MAIN MENUMAIN MENU
By Joshua Gillem on May 8, 2020 in News, Opinion 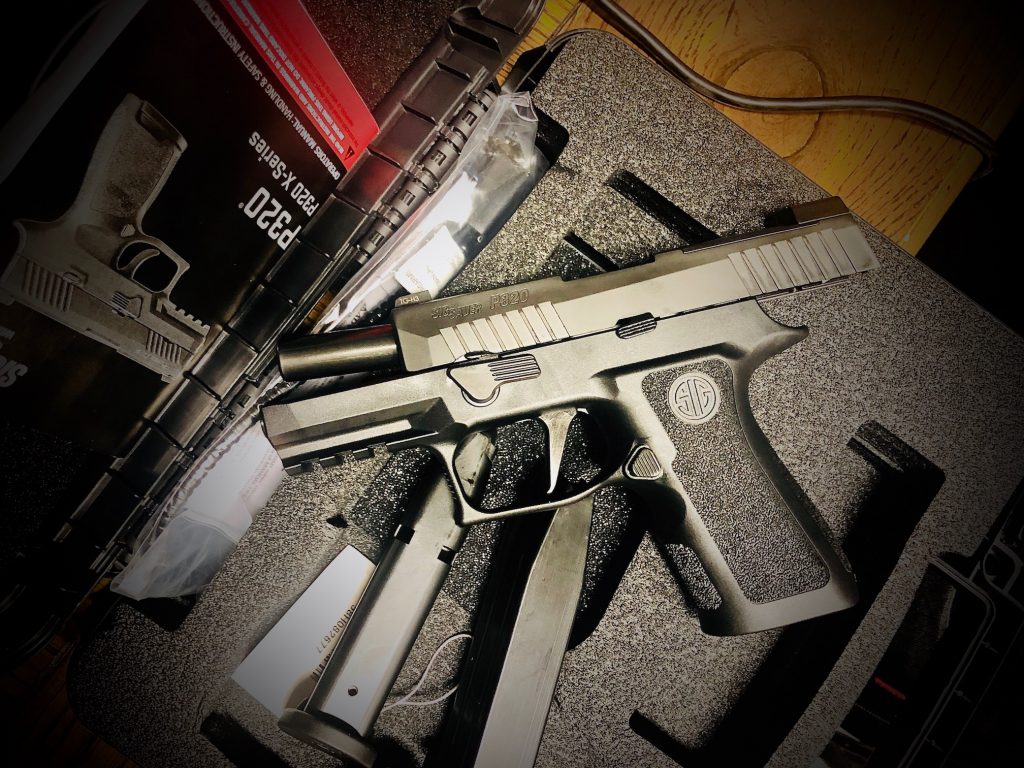 We're on a bit of a roller coaster ride right now with the coronavirus hopefully on the downward trend and the country on the road to opening back up again. I hope and pray that's the case as I'm sure many of you also do.

I'm also on my own roller coaster after receiving a lot of backlash in the comments section of an article I recently wrote regarding why I think some of these stay at home and face mask executive orders are not Constitutional. I made the decision to not respond to those comments in the article because I didn't want to sound argumentative, or that I was just trying to prove my point.

I think we can all learn something from each other. If I'm wrong I'm willing to accept that. Let me explain my thoughts with the understanding that I'm not trying to fight with anyone, just explain where I'm coming from.

Face Masks and the Second Amendment:

Let me start by saying that I do wear a homemade mask when I go out. I feel silly for doing it, but at the request of, as well as my love for, my wife I DO wear a mask around town during those rare times I go out these days.

I think people SHOULD wear a mask when they go out. Maybe I didn't do as good of a job stating that in my previous article, but I do think people should wear one, even though there isn't much scientific proof that these cloth masks work. The truth is, they work to some degree and that's enough for me to respect my wife's wishes.

However, I don't think it should be government mandated. I do believe there are Constitutional concerns that we should all have.

I have a few concerns about state governments forcing people to wear a mask, like my right to make my own medical decisions (among other things), but this blog is about guns and concealed carry so I'll stick to those lines.

While not true in all 50 states, at least a handful of states have made it illegal (previous to COVID-19) to carry a firearm if masked. While intent always plays into it, this can cause issues for you if you're carrying a gun in one of these states and you suddenly find yourself up a creek with the need to protect yourself with your gun.

Again, it's all based on your intent but if something happens I may now have the extra burden to prove that my intentions were harmless during the course of my self-defense because my identity was hidden behind a mask. Maybe I didn't want to get sick, or maybe I was getting ready to commit a crime. Who can actually tell?

I guess an investigation can tell but I'd rather not ever have to get to that point if I could help it.

I get that it sounds far fetched, but there is, as far as I know, no court cases on this for us to go off of.

That extra burden, in my opinion, puts more restrictions on the already heavily restricted Second Amendment right to self-defense and is therefore not Constitutional. Could I be wrong on this? Of course, I am human and far from a Constitutional attorney.

(Though there are some cases out there with attorneys claiming these orders are not Constitutional and are suing the states they reside in for totally different reasons, like this guy.)

Some of these state laws have been blurred a bit, with some state governments stating that concealed carry while being masked is fine — even though it is technically a felony or misdemeanor (depending on where you're at) to do so.

While some folks are quick to believe that their state legislators have their best interests at heart, let's not forget that these people are, more often than not, quick to infringe upon the Second Amendment whenever given a chance. I'd rather not put my trust in those officials, personally.

Gun sales remained high for the month of April, raking in near record numbers of gun purchases for the month.

This shows that the right to keep and bear arms is still an important aspect to everyday life for the American people. It sends a message to the anti-gun groups that we're not quite ready to give up our guns just yet.

Showing just how slippery the slope of gun control can be, we see that it's never enough. No matter how much gun control is enacted by a country's politicians, mass shootings will still take place. Canada already has some of the strictest gun control laws on the books, but they just banned 1,500 models of guns that are considered to be “military style weapons.”

Under this ruling, Canadians have a two year amnesty period to turn the guns in, at which time they'll be compensated for them.

No matter what happens in the United States, similar outcomes cannot happen here. We're already on that slippery slope and need to somehow get back up to the top of the mountain again.

Only in Alberta..? Lethbridge cops tackle girl dressed as stormtrooper for #MayThe4th this morning, bloody her nose and handcuff her #TheFandomMenace #501st pic.twitter.com/NlfzQVYFxj

Why is Canada taking up so much of my space here? Well, I just saw a horrid video of a 19-year old lady being arrested on May 4th because she was dressed as a stormtrooper from the Star Wars universe, and had a toy gun.

Three Canadian police had their firearms drawn on this poor girl who was just trying to enjoy the unofficial Star Wars holiday, May the Fourth (be with you).

Why do I bring this up? Because on the Slippery Slope of gun control, this is what you get: People who are petrified of toy guns and people wearing masks.

Shortly after armed protesters demonstrated on Capitol grounds against the lockdown, Governor Whitmer said she supports the banning of guns on the grounds.

Last week dozens of protesters, some armed, marched on the Michigan Capitol. The demonstrators were not in violation of any laws as it is currently legal to open carry firearms on premises.