Join Our Newsletter
Shop Our Store
MAIN MENUMAIN MENU
By Joshua Gillem on May 5, 2020 in News, Opinion

Yes, you read that correctly: A store security guard was shot after telling someone they cannot shop the store without a mask. This article is going to be a mashup of sorts — part news, part opinion shaken, not stirred — as the world around us melts due to the pajama party known simply as coronavirus.

A Family Dollar security guard named Calvin Munerlyn, 43, died at the hospital after being shot by an armed felon. This story is tragic and shows just how dangerous it can be to force people to wear something, even if for their own, or other's, protection.

I believe it's unConstitutional to force people who aren't sick to wear facial coverings, but we'll get to that in just a moment.

There was an initial altercation in which Munerlyn and the customer argued about wearing the mask, causing the customer to not be served. The angry customer left and returned 20 minutes later with two men who claimed the guard disrespected the customer. At least one of them was an armed felon who is now being charged with premeditated murder and several other charges.

I won't even touch on the felon having a gun because, technically, he shouldn't have one to begin with as a felon, which is testimony to what we've been saying all along. Criminals will always be able to get guns.

He enforced the Michigan governor's executive order that everyone in a retail establishment must wear a facial covering — right or wrong, he was doing what he thought to be right. (Though my opinion alone and not necessarily anyone else's at the company, I'm taking the stance that such orders are tyrannical in nature.)

Even if he didn't go about it the right way, which I wasn't there and cannot comment either way, I'm sure he didn't wake up thinking he'd get shot in the head that day for doing what he thought was the right thing.

Then, on the other hand, we have the stupidity of forcing Americans, a free people and even those who are not sick, to wear facial coverings that are proven to be ineffective at stopping the coronavirus. You MUST STAY HOME, UNLESS YOU WEAR AN INEFFECTIVE MASK. THEN, AND ONLY THEN, MAY YOU LEAVE THE CONFINES OF YOUR HOUSE!!!

We have to ask ourselves, at what point does this whole COVID-19 thing with the lockdowns and forced masks become un-Constitutional? Personally speaking, I think we're already there.

We've been here for a while. I really hope this thing lets up soon, because incidents like this will continue to happen. And then what happens? Look at all the evil gun owners shooting people (even though they're felons who shouldn't have guns) they can't have guns! Take them away!

I'll leave this thought on a meme I saw recently because of this whole COVID-19 thing. I don't remember the first time I saw it, but it was on one of the social media platforms I frequent. It is true, and goes like this: 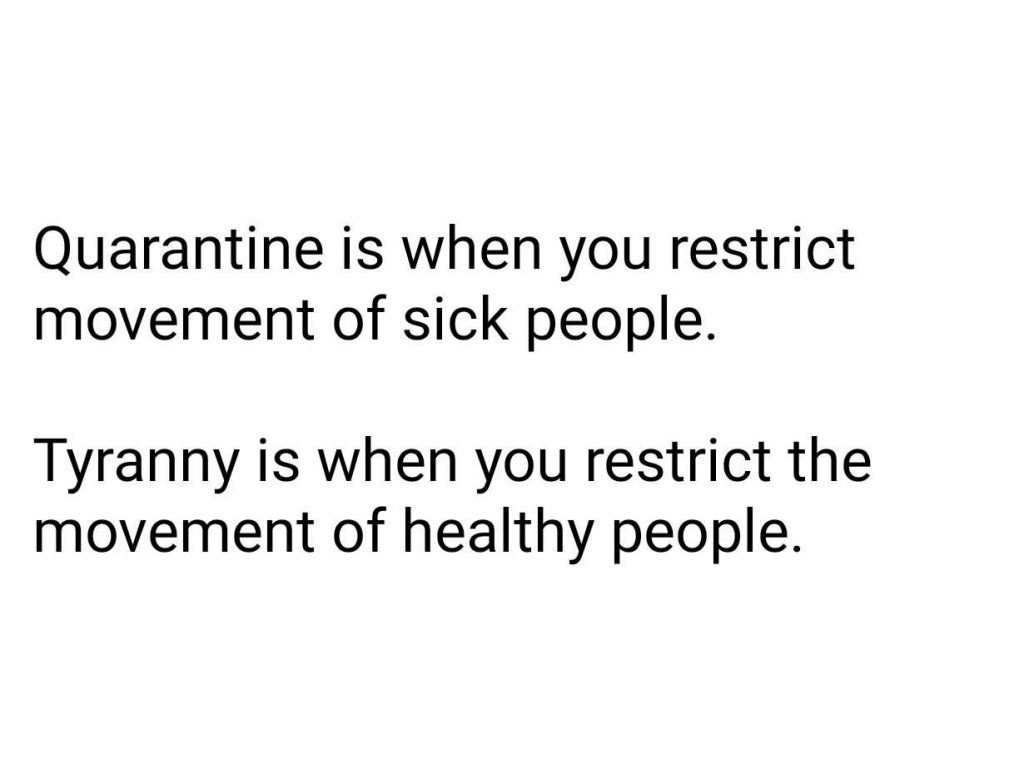 Finally, while the felon who pulled the trigger is certainly guilty, I can't help but wonder if the governor of Michigan should share some of the responsibility. Seems obvious to me. I wonder if the death of this man is on the governor's mind? Was his life worth it?

Defensive Gun Use: Han Solo Defends Self in Bar at Blaster Point
Grip Your Way To Better Recoil Management [Video]