Join Our Newsletter
Shop Our Store
MAIN MENUMAIN MENU
By Jacob Paulsen on August 8, 2016 in News 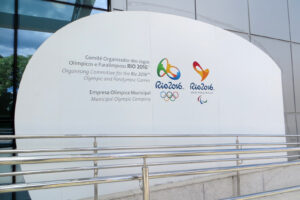 If you haven't been paying attention to the Olympics this summer you might have read the above headline and thought I was being sarcastic. I'm not.

Ginny Thrasher from West Virginia has brought home the first Gold Medal of the games in the 10 meter air rifle event. I was watching this one closely because one of her teammates is a member of my gun club here in Colorado. Congratulations to all the Olympians and medal winners!

As I was watching and enjoying this event of the Olympics I considered how ironic it is that in the world's most united athletic competition (perhaps 2nd to the World Cup) we still all get together to see who is the most accurate shooter. Both summer and winter games include some form of shooting guns.

America is looked at in international circles as having a “gun problem.” This is NOT because we have the worst crime rates or even the worst rates of violent crime because in fact we don't. There are MANY civilized countries who have worse violent crime rates than we do. We have the reputation of the gun problem because when we have mass murder events in our country they happen to involve a gun while in other countries when they have mass murder events it less often includes guns… because guns are most illegal in those countries.

You might be surprised to hear me say it but I have no doubt that if we made guns illegal and confiscated all of them in America we would indeed have significantly less gun violence and gun related homicides. It makes perfect sense. But that does NOT mean we would have less violent people or less people who are mentally ill or less people who abuse their spouses and children.

Getting rid of guns would not eliminate the human problem and worse; it would leave the good people perfectly defenseless from the criminals and predators that lurk in our communities. That is something that we cannot have.