Will 2022 be the year that “smart” firearms break through into the US market? Two companies based in the states say that is precisely the target they are shooting for. 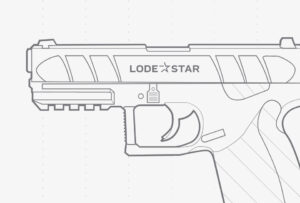 For decades, people have thought about creating a gun that only the owner could use. If smart guns became a reality, criminals couldn't use an officer's gun against him, or a child couldn't pull the trigger of a firearm left unattended.

There has not been a commercially available smart gun in the United States. However, in 2014, a German company called Armatix produced the iP1. The iP1 was a .22 semi-auto smart handgun that used RFID technology. A wristwatch contained an RFID transmitter, and when it was near, the gun could function.

Quickly vulnerabilities in the technology were identified and exploited. For example, anyone could bypass the gun's smart safeties with a magnet.

Additionally, those who use a firearm for self-defense are highly concerned with reliability. Smart gun technology that someone could block or fail could mean the difference between life and death. 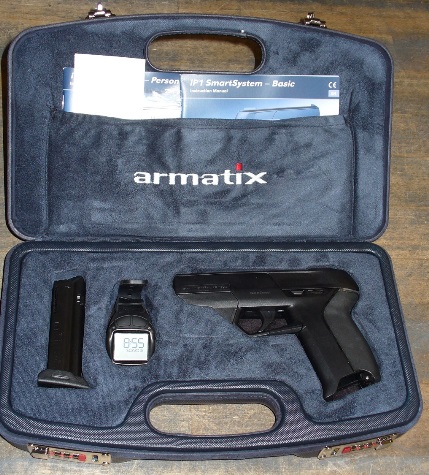 In 1999 Smith and Wesson entered an agreement with the anti-gun Bill Clinton administration. The deal would remove S&W from several lawsuits and cascade gun control measures on the industry. Essentially, S&W would capitulate to gun control laws that lawmakers could not pass through the legislative process.

This 1999 article from the NRA-ILA explains the agreement in more detail.

Simultaneously, S&W was developing a smart gun for the government. Gun rights groups responded with the information with a boycott of S&W. The boycott successfully changed S&W's plans.

In 2002, New Jersey passed The New Jersey Childproof Handgun Law. This law required that 4 years after smart guns became commercially available, FFL's could only sell the new smart guns. The law was repealed in 2019 and replaced with similar but less restrictive wording. In essence, the 2019 law states that once the state Attorney General approves a production model, each firearms dealer would be required to carry and display at least one smart gun. The retailer also must display a sign “disclosing the features of personalized handguns, not offered by traditional handguns.” 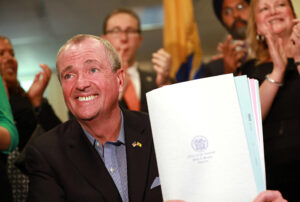 Now back to the two companies charging ahead to finally breakthrough into the US market with their smart guns.

This week, LodeStar Works revealed their LS9, 9mm smart handgun for shareholders and investors in Boise, Idaho. The gun will retail for $895.00. The LS9 handgun will be striker-fired with a 17-round capacity, according to the website. Its smart features include a fingerprint reader, RFID scanner, and Bluetooth.

It appears that one can unlock the gun for use by fingerprint, optional PIN key presses, RFID, or by smartphone.

The other company SmartGunz has a 1911 smart gun, chambered in 9mm, called “The Sentry.” It unlocks using an RFID signal. Currently, undisclosed law enforcement agencies are testing The Sentry. I am skeptical that any agency would actively field-test the guns, but I could be wrong.

The Law enforcement model has an MSRP of $1,795, while the civilian version of The Sentry will run you a cool $2,195 buckaroos. The website boasts a product delivery date of Q1 2022. 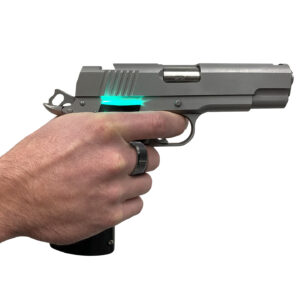 The Sentry 9mm from Smart Gunz

My thoughts on smart guns —

I could not recommend any such gun for law enforcement, self, or home defense. I just don't see the technology being reliable enough to trust when my life is on the line. Additionally, too many variables exist in any self-defense incident that could render any if not all the smart technology methods useless.

I admit that some early hesitation to accepting red dot optical sights on firearms for duty and self-defense purposes had to do with the technology potentially failing. A big difference is that even if an electronic optic fails in a gunfight, I can still aim and shoot the firearm. If the smart gun technology fails, my gun becomes a bludgeoning tool.

I am also concerned that some may replace standard safety measures and rely too heavily on the technology. I know no one will market the smart gun like this, but I can imagine someone thinking that “leaving a loaded gun in the dresser drawer just got a lot safer” because their child doesn't have the RFID token. 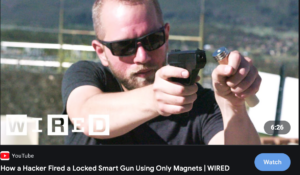 To illustrate this point, think of the system in new vehicles that alerts us to vehicles in our blind spot. I find the technology helpful. However, we shouldn't rely solely on technology to tell us it's safe to change lanes. Instead, we need to look and ensure there are no cars in our blind spot. Furthermore, I certainly wouldn't black out my rear and side windows and rely solely upon the sensors.

Another concern is that politicians will oversell smart gun technology as a safety panacea. The technology is expensive and will undoubtedly drastically increase the cost of firearms. The higher expense directly and negatively affects those who do not have a lot of money and live in dangerous neighborhoods.

The government already uses taxes to influence behavior. For example, increasing taxes on cigarettes are intended to drive up the cost of cigarettes and disincentivize someone from purchasing cigarettes. In addition, some companies will go under if the government places burdensome and expensive requirements on gun manufacturers. The consumer costs will significantly increase because there is less competitiveness, and the companies need to offset the higher production costs. This policy further widens the gap between who can afford a gun and who cannot. 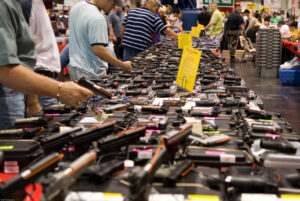 Despite all my objections, let me go on record of saying that I am not against smart gun technology. If someone wants to buy a firearm with this technology, go for it; if a company puts the time and effort into developing a gun with smart technology and can successfully market the gun and make money, terrific.

My objection is not to the technology per see, but how lawmakers would use it to control who can afford a firearm and the type of firearm they can own.

I think these guns' technology, engineering, and innovation are impressive and very cool. I am also very appreciative of folks who push forward with technology and innovation, with the goal being to reduce firearm accidents.

Perhaps one day, the technology will be such that smart guns are reliable, intuitive, and commonplace. Of course, it can't eliminate all accidents and stop criminals from using firearms even then. But if it can eliminate some, without burdening law-abiding citizens' ability to purchase and use firearms to defend themselves, then great.

No matter what the future holds regarding smart gun technology, every gun owner has a responsibility to be safe in their handling and ownership of the gun. So consider checking out this free course called simply Gun Safety. We added this free course to our extensive library of training materials to be no hindrance to learning how to be a safe and responsible gun owner.

The course covers the following material:

How to Safely Unload a Handgun

Safety In A Defensive Context