NRA just announced that the 2nd annual NRA Carry Guard Expo has been cancelled due to un-controllable weather in the form of an angry hurricane called Florence. I'm sure this decision did not come lightly, as the NRA takes their events very seriously with the amount of time and resources needed to put one of their events on.

Here is the press release that was sent to us, by the NRA: 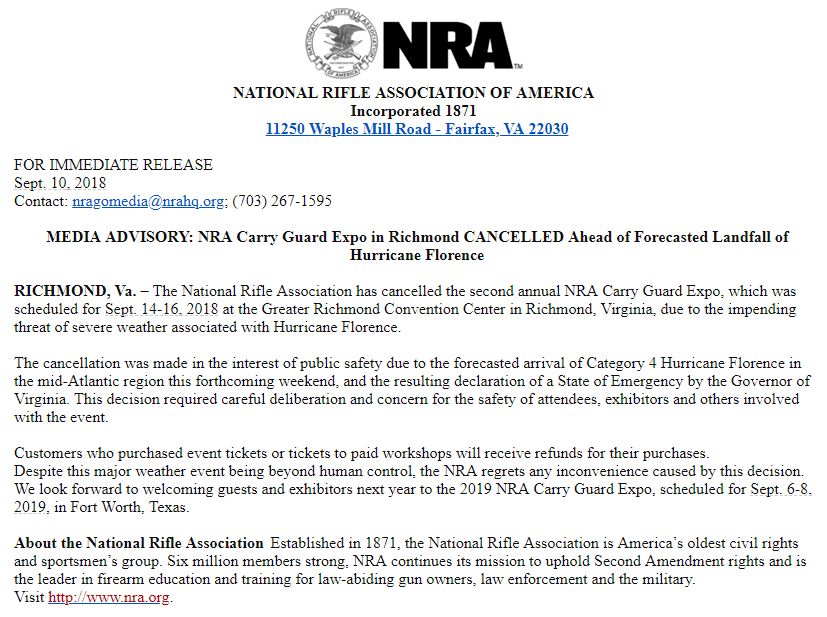 While I'm not sure what your motive was for going, or even if you were, but one of the great things about the NRA Carry Guard Expo is the fact that they have some great training taking place right there on scene.

Check out just one of our sample videos that we published on YouTube:

What else do you get?

Also as a benefit of joining, you get a quarterly gear box, in-person training, immediate discounts on everything we sell, the live broadcasts with industry pros, and so much more. If any of this interests you, make sure you click on the below link:

Methods of Carbine Carry in Your Vehicle
Have We Forgotten?