Join Our Newsletter
Shop Our Store
MAIN MENUMAIN MENU
By Craig Martin on January 31, 2017 in News 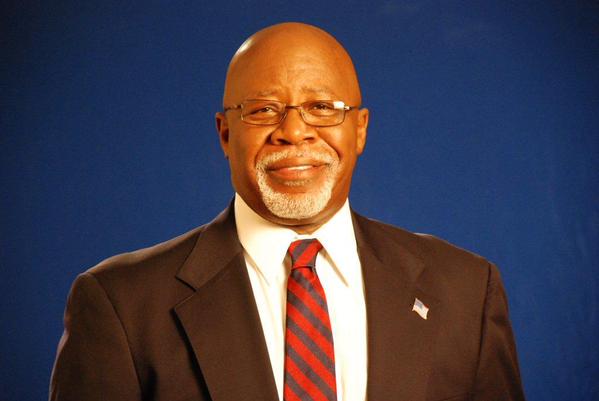 Kansas State Representative Willie Dove is in a bit of hot water this week after he left a loaded firearm in a committee room at the state Capitol.

Dove, a Republican representative from Bonner Springs, on the outskirts of Kansas City acknowledged in an interview that he has given, that he removed a loaded .380 handgun from his ankle during a meeting of the House Education Committee two days earlier, placed it in his desk and left the room without retrieving it.

A secretary found the weapon and turned it over to Capitol police immediately, Dove said. About 10 minutes after the meeting, a Capitol worker approached him and asked if he had forgotten something.

Dove realized that he had left his weapon and was informed by Capitol police that it had been placed in lock-up. He got it back the next morning.

“That’s the end of it,” Dove said when asked whether Capitol police would take further action.

A member of the Capitol police would not comment when asked for a statement, instead referring all questions to Tom Day, the director of Legislative Administrative Services.

When asked, Day himself said “Capitol Police had a conversation with him. That’s it as far as I know.”.

“It means I’m going to get me a shoulder holster,” Dove said when asked if he would change his behavior going forward. He said he had removed the weapon from his ankle because the ankle had begun to swell.

“I unclamped it from my right leg and pushed it back, and when I got up, I just forgot it,” Dove said.

Gov. Sam Brownback signed the bill to open the Capitol and other public buildings to guns in 2013. The Legislature officially began allowing concealed firearms in the Capitol the following year.

“Governor Brownback has long supported both the Second Amendment and responsible gun ownership,” Brownback’s spokeswoman, Melika Willoughby, said in a e-mail when asked about the incident.

Dove said he regularly carries a concealed weapon and that this was the first time something like this has happened. He said he obtained a license to conceal and carry before Kansas stopped requiring it in 2015.

Some lawmakers said the incident should cause them to re-evaluate the policy about guns in the Capitol.

Senate Minority Leader Anthony Hensley, D-Topeka, said he attended a security briefing four years ago in which Capitol Police warned against opening the Capitol to guns.

“We’ve got hundreds of children that come in each day, and who’s to know there might be some sort of a reckless incident happen that might cause an innocent death,” Hensley said.

Rep. John Carmichael, D-Wichita, called this incident an “exemplification of why it is that amateurs should not be carrying guns.”

Moriah Day, director of the Kansas State Rifle Association, said Dove’s incident does not call into question the wisdom of allowing firearms into the Capitol.

“It really comes down to an issue of personal responsibility, and leaving a loaded firearm laying around is not responsible,” Day said. “I don’t think it represents gun owners as a whole.”

Day added that lawmakers could already bring guns into the Capitol before the law changed because their security key cards allow them to enter the building without going through a metal detector like most entrants to the Capitol.

Rep. John Whitmer, R-Wichita, said that Dove should have been more responsible with his weapon, but that lawmakers should make no change to the conceal and carry policy.

“It’s a Second Amendment right. And just because I, you know, absentmindedly or intentionally speed, do you take away my car?” Whitmer said. “Just because my behavior is bad you don’t take away my right to do something. I mean, he feels bad. Fortunately nothing bad happened.”

Obviously, this is a prime example of how not to handle your firearms in a public space, especially your job, especially as a politician, but do you think that this is an overreaction by the opposition? How would you handle the situation. Let us know in the comments below.

Episode 91: Ambushed Pizza Deliveryman Fights Back After Being Shot
Episode 92: Myth or Fact? CCWer Mistakes Another CCWer for Bad Guy