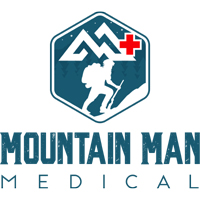 I guess there's a reason for that, the ConcealedCarry.com blog is large. Massive, even. Some people would call this a big website with a lot of articles and content on it.

While we technically have what we call our “state sites” that are URLs like Colorado.ConcealedCarry.com each with their own blogs, they're technically still the same website.

Our sister company that sells trauma kits and IFAK (individual first aid kits) actually just started its own blog and the guy who writes the blog posts over there is none other than combat Navy Corpsman Brian. As a Marine, there are only two people I'd trust in a combat situation.

The Corpsmen who serve alongside Marines are highly trained in the art of sustaining life, as well as taking it from the enemy if needed. There is nobody better to have on the front line in a life saving capacity, which is why I'm thrilled he's with us and has taken over the Mountain Man Medical blog.

So, what's the point? Well, for starters every so often I'll be pulling some of Brian's blog posts and sticking them here for y'all to read. Why? Because they're relevant. If you're carrying a gun for self-defense, you should be willing and able to save life, too in case you or a loved one get hurt in the process of saving life.

The blog posts he's writing are great resources. Like what? Well, like the place you put your trauma kit is important. In fact, I think the title of his article is this: Your Life Depends On Where You Keep Your Med Kit.

I know this to be true because I have a close friend named Eve who was working outside one day and sliced herself open pretty bad. Being the prepared person she is, she has numerous med kits around and was able to get to the closest one to stop the bleed.

If my memory serves me correctly, she was by herself and had to self-apply the TQ. Thankfully she was able to do that and had the proper medical training to do so. But the point that I'm trying to make is that she knew where her closest med kit was, she was able to get to it quickly, and that potentially saved her life.

I hope she's not mad at me for telling this story. At the same time, if it helps to save your life one day I'm sure she'd be fine it. I won't talk on it anymore.

You can read Brian's blog post on where he recommends putting medical kits, here. It's a good read and may be an eye opener for you. Check it out.

After you're done reading that I urge you to read some of the other articles he's put up over there. The dude knows his stuff and has actual trauma experience, not like some of these other clowns you see giving advice on things. Leave any comments you have below.