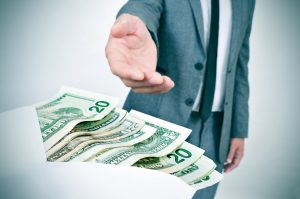 Have you thought of what political campaigns you may be funding when you purchase products from a company?

*Editor's Note* What follows is political in nature. There are some facts reported on here, as well as some opinion. Use this information as you will.

You likely have heard the term ‘vote with your wallet' several times, especially in our current politically polarized environment. People routinely call to boycott companies because they disagree with the political or even personal opinions of the owners or executives controlling the company.

This is an extremely effective tool used to influence corporate behavior. This tactic has become exponentially more powerful because of social media. Now corporations do not need to worry about a few news stories that may give them some bad publicity. Within moments, any decision, faux pas or even the personal opinions of a person in leadership can go viral. Instantly, millions of people know everything they need to know about the company.

Companies kowtow to the social media mobs demanding they fall in step with their ideologies. Naturally, we believe our own ideology is correct. So the mobs always believe that what they are doing is correct and righteous. Popular culture and what is publicly acceptable is determined not by bedrock values or due process; rather by the ideological group that is the loudest and most extreme in public and on social media.

The Age of the Boycott

If you think the above paragraph is aimed solely at anti-gun ideologues, it is not. Far from it. Pro-Second Amendment and freedom loving Americans (myself included) are not immune to the lure of social media mob rule.

Back in May of 2017, Tyler Ely contributed an opinion editorial piece explaining the outrage of the time. Springfield Armory had betrayed gun owners in an attempt to squash out the small firearms dealers in the area, I say this facetiously. After the fact, Springfield explained how their intentions were not malicious and wished they would have had more oversight and handled the incident differently; people can make their own decision on the veracity of their statement.

But the gavel had long since dropped and Springfield was guilty as charged. The total effects are hard to know but even close to 2 years later, Springfield Armory draws the ire of many gun lovers.

The Benchmade and Oregon Police Debacle

Miss out on all the outrage back in 2017? Don't worry. We are in the midst of another conspiracy of biblical proportions. First, Benchmade Knives was thanked by a local police department:

Thank you Benchmade Knife Company for assisting us today by cutting up guns that are ready to be destroyed.

The PD then made a statement that went on to include that “other guns that were destroyed were evidence and when a case is adjudicated the guns are ordered by the court to be destroyed.”

Benchmade Knives made a statement explaining that they were merely supporting the PD in their efforts and the department's policy of not ever selling firearms back to the public.

Benchmade states the company is:

… a proud and unwavering supporter of both law enforcement and Second Amendment rights. These are commitments that we do not take lightly and will continue to support well into the future. 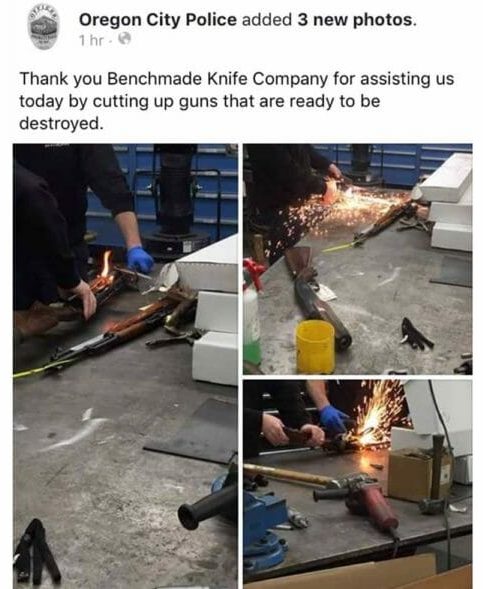 This post sparked outrage in pro-gunners, and lead me to look into this topic.

So, on cue, social media outrage began. Riley covered the initial incident in this article.

As the arguments continued, we began looking deeper into the companies that claim to support Second Amendment freedoms. In our world, however, actions speak much louder than words.

So I gathered political donation data on many companies in the firearms industry, as well as companies in which many likely interact with often in their daily lives. All the information is open to the public and found on the website opensecrets.org which is controlled by the Center for Responsive Politics.

The results were not what I expected.

Companies and Their Political Donations Exposed

To understand the following info, it is important to note that the laws governing political contributions by individuals and corporations are some of the most confusing you will ever see. Of course, there are donations to X candidate's political campaign. There are also donations made to committees. These are organizations that raise and spend money to elect or defeat a candidate and are known as Political Action Committees (PAC).

PAC's usually represent a business or industry. Large companies and the ultra-wealthy sometimes give money to Super PAC's. These organizations collect millions of dollars to endorses candidates, not through donations but by spreading the message through rallies and media.

This has muddied the waters on all the money a company might give to endorsing a certain political issue or candidate. 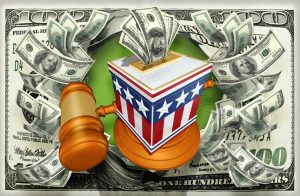 Laws require that political donations from companies be made available to the public. But is the public image of the company in line its political contributions?

Below you will find the total political contributions from several companies. It'll show the percentage that went to Democratic or Republican candidates, as well as any noteworthy donations made by the company, and any donations to presidential campaigns.

To be sure, these numbers are not the final word on if the company is pro-Second Amendment or not. Not every Republican is a gun supporter, and there are some Democrats (while few in number) who have a more favorable stance on guns than others.

So a political contribution to a Democrat may not mean an anti-Second Amendment endorsement, it may be the lesser of the only two evils in a local election. Presidential and out of state elections are more telling, so click on any company name and you can see all contributions to individual congressmen.

Companies donating 75% or more of political donations to Republicans:

The above companies donated 75% or more of their donations to Republican causes.

Companies donating between 50% and 75% of political donations to Republicans:

The above companies donated between 50% and 75% of their donations to the GOP.

Companies donating less than 50% of political donations to Republicans: 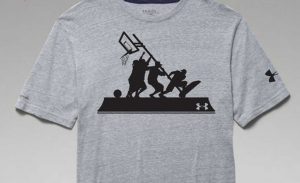 Under Armour has been the focus of several controversies including this shirt's graphic of an irreverent depiction of the historic image of Marines raising the American Flag on the island of Iwo Jima during the Second World War. During the 82-day island battle, 6,800 US Marines were killed and around 26,000 were wounded.

I am not calling for a boycott of any of these companies, and in general, I am not a big fan of them. I think the company employees and their families who may not align with the corporate ideologues are the ones who ultimately get hurt. I do think that companies who represent themselves as ‘pro x agenda' publicly, should be called out if their political donations don't go to advancing those issues.

These figures obviously do not paint the entire picture of a company's ethics, direction, or political ideology. Look, when we are ultimately judged, it will not be based on which political party we are registered with, or what politician we gave the most money to. And it is important to realize that donations to other charities and organizations are not shown. Use these numbers to make your own informed decisions on where you spend your money.

From the Center for Responsive Politics:

Contributions to 527s are not included in the Individuals, PACs, Soft (Indivs), or Soft (Orgs) columns, so the sum of these columns may not equal the Total column.

The numbers on this page are based on contributions of $200 or more from PACs and individuals to federal candidates and from PAC, individual and soft money donors to political parties, as reported to the Federal Election Commission. While election cycles are shown in charts as 1996, 1998, 2000 etc. they actually represent two-year periods. For example, the 2002 election cycle runs from January 1, 2001 to December 31, 2002.

NOTE: Soft money contributions were not publicly disclosed until the 1991-92 election cycle. Soft money donations to parties were banned after the 2002 cycle.

Data for the current election cycle was released by the Federal Election Commission on February 01, 2019.