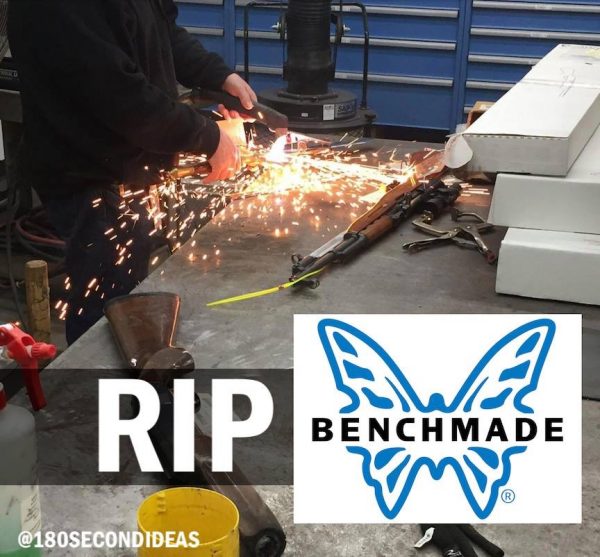 Through a social media post on the Oregon City Police Department’s Facebook page people learned late yesterday of a recent event where the popular Benchmade Knife Company assisted the department with the disposal of a number of firearms. The response from customers has been immediate and swift with most expressing anger and disappointment with the company’s decision to take part in the dismantling. 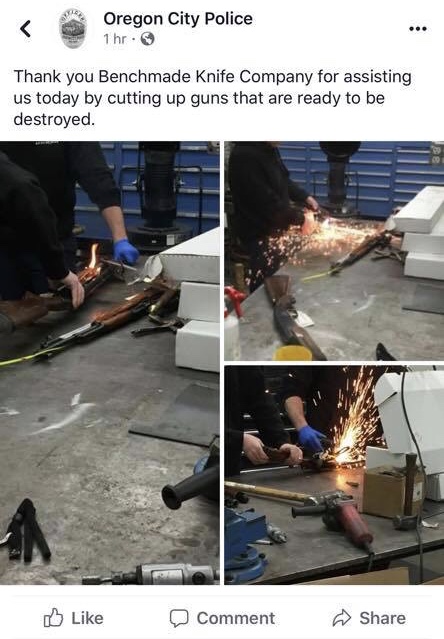 The original post from Oregon City Police Department about Benchmade Knife Company assisting with the destruction of these firearms. Post was later deleted from the page.

Oregon City PD later removed the post without warning or explanation. A short time later an explanation was put up in its place:

We understand some of our followers are upset with Benchmade knives because of a recent post we put out. The post did not give everyone the full story on why the guns were required to be destroyed.

These guns were required to be destroyed. We reached out to Benchmade to do us a favor at our request. Benchmade is a strong supporter of law enforcement and the Oregon City community. We were present when the guns were cut and we took them for final destruction.

It appears based on this statement that some of the guns in question were voluntarily surrendered to the department by community members.

Some have expressed that while they might have been understanding and able to overlook the situation if they were guns requiring disposal such as in the case of guns with removed serial numbers or illegal modifications; the fact that some of the guns were not involved or used in any crimes or investigations and because Benchmade was not forced to participate by court order, was too much for them to accept.

Responses ranged from a few still supporting them and vowing to continue buying their products to many expressing a desire to boycott the company. And some even swore to destroy or throw away their Benchmade knives.

Just after I learned of the situation, I sent an email to Benchmade’s public relations firm, Hayter Communications, requesting a statement along with additional information. Matt Glass responded to me just after midnight with the following:

A copy of that email: 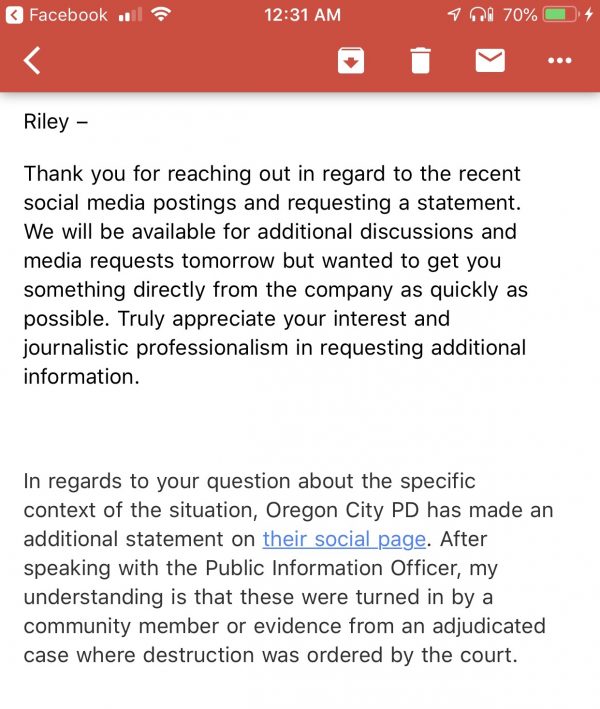 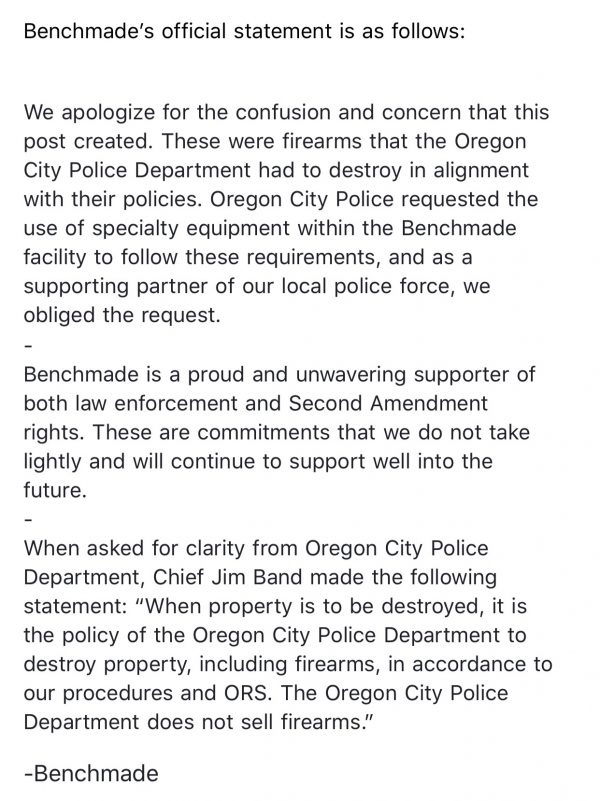 Let us know what you think of Benchmade’s involvement in the cutting and disposal of these firearms below!