Join Our Newsletter
Shop Our Store
MAIN MENUMAIN MENU
By Craig Martin on March 8, 2017 in News 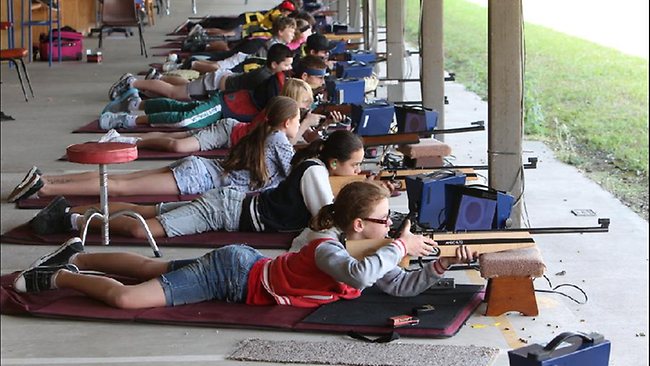 A very interesting story is popping up out West as one lawmaker in the state of Idaho is attempting to push forward an initiative to get public high schools in the state to offer gun safety courses as electives.

House Bill 240 is the legislation proposed by Rep. Ronald Nate, of Rexburg, Idaho. Now, this bill is still in its infancy at the Idaho Statehouse in Boise, but the idea behind the bill is an interesting take on gun safety in schools. Its purpose is to teach students about responsible gun ownership and what to do when you see one.

However, any bill of this type is going to be met with some questions, and that is just what was brought about by local Idahoans.

First of all, according to Rep. Nate, the guns used in these electives would be real, but the ammo would be absent. “We're just talking about guns and gun safety, we're not getting into marksmanship and gun clubs or anything like that,” Nate said.

Cindy Pratt Carrell, who manages Impact Guns in Boise, says she likes the idea. “I think education is a great idea,” Carrell said. “And bringing it into the schools makes it more available; it's not an after school event that parents would have to schedule for.”

However, she's concerned about who would teach the courses. “That would be the only thing that concerns me particularly- and what the criteria would be,” she said.

The bill says the course would be developed by the Idaho Department of Fish and Game, a law enforcement agency, or a firearms association.

For parents who don't want their kids anywhere near a gun, Rep. Nate says that's why it's an elective course. “The kids don't have to sign up for it,” he said. “The school board can be sensitive to those issues and that's why we're leaving the decision-making at the school board level, 'cause they're elected by their citizens.”

If you do, do you think that these classes should go even further? Rep. Nate mentioned that the firearms that would be used would not be loaded and the students would not do anything with regard to marksmanship training or the like, but with the advent of software and devices like the SIRT Training Pistol and the LASR: Laser Activated Shot Reporter do you think that there is a way to use this technology to add a marksmanship class or even a self-defense class to schools?

Or on the other hand, do you think that this is something that should be taught outside of the school grounds during classes at gun ranges or concealed carry courses? Let us know what you think in the comments below!

Episode 102: I Felt The Bullet Go Through My Arm And Hit My Gun
Crossfire Holster Reviews [VIDEO]

2 Responses to Gun Safety as a High School Elective?