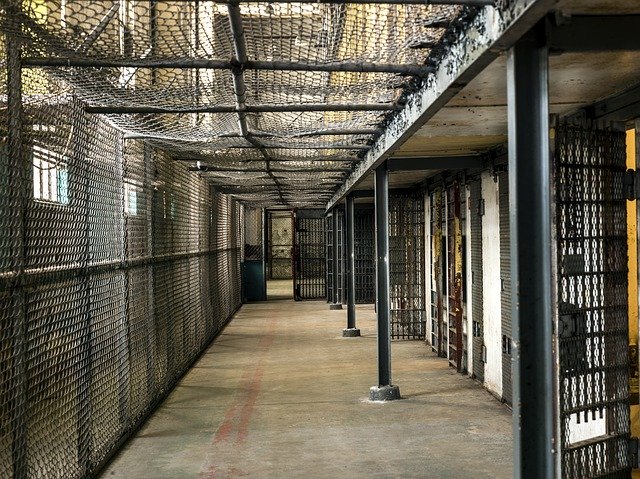 Just one short day after being released from prison, an inmate killed another human being.

I saw this coming when they first announced inmates would be released from prison to keep the COVID from spreading. One story shows us that a recently released inmate killed someone the day after he was out.

The man, Joseph Edward Williams, had been released from the Florida prison where he was being kept on drug charges in an effort to help mitigate the spread of the virus among the inmates currently relaxing in prison.

He wasted almost zero time before committing his next crime, and is now being charged with second degree murder.

Even though he was considered to be a “low level offender” he has been arrested 35 different times, one of which was felony burglary. So he was released, killed someone, and is back in jail again anyway.

That's insanity. And they're still releasing some inmates in certain areas. I don't have an answer for this. I really don't.

I don't deny the fact that you don't want an outbreak in a prison. By their nature, a prison is a hot mess, at best, and at worst, prisons are coronavirus hot spots where everyone gets infected. Before I go on, let me remind you that I was a state correctional officer during the worst year of my life.

That job sucked, plain and simple. Being stuck behind bars is no joke, and just working in a prison is enough to keep me from committing any crimes for the entirety of my life — and I got paid to be there.

Prisoners are very close in proximity to each other. On a cell block with two inmates per small cell with nothing but bars separating them from the other cells, if your cell mate catches an illness, chances are good you will too. And if the prison has a dormitory like the one I used to work at did with 20-30 inmates in it, social distancing is nearly impossible.

And, while it make sense to some degree that they're technically isolated from the outside world, the guards aren't isolated and can bring it in to work.

Once that happens with the re-circulating air, the entire prison is at risk. But that doesn't mean we should be letting inmates out into the world. People like the released inmate above who couldn't wait to kill someone, should not be released.

Do I have an answer for this? No, not really. But I'm fairly certain releasing dangerous criminals who've been arrested 35 times also isn't the answer.

The only thing we can do is be prepared for when and if we are presented with the decision to protect ourselves.

Things are different these days. Crimes are happening in our homes more and more because that's where we're spending a majority of our time during some sort of lockdown. Because of this, and the increased number of inmates being let out into the world, who are clearly still ill-intentioned, we need to be trained.

I urge you to look through our courses, here. Pick one out and learn some new skills on how to defend yourself. Because you just never know when something bad could happen, needing you to rely on your skills to save your life.