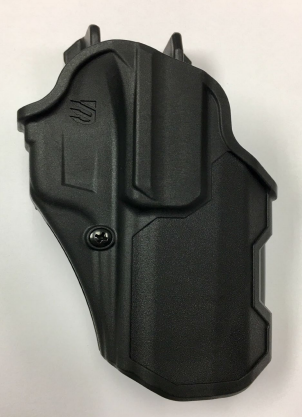 Blackhawk has issued a voluntary holster recall on their L2C T-Series holsters being sold at Bass Pro Shops and other retailers around the country. The recall is believed to have affected 3,100 units that have been sold across the country, for a specific brand and model of gun.

The reason for the recall is that the design of the holster can change the position of the safety switch on the firearm without the wearer knowing, causing an increased chance of a negligent discharge if you were to somehow press your trigger.

Blackhawk is urging customers who bought the L2C T-Series holster for SIG P320 and P250 handguns to stop using them immediately. If you own one of the affected holsters, you can call them toll-free at 888-334-7547 during the hours of 8am to 5pm, eastern, Monday through Friday.

Alternatively, you can visit the Blackhawk website linked to, below.

This specific recall involves the holsters for SIG P320/P250 pistols with the number “2101213 A” printed on the outside of the molded plastic shell as pictured: 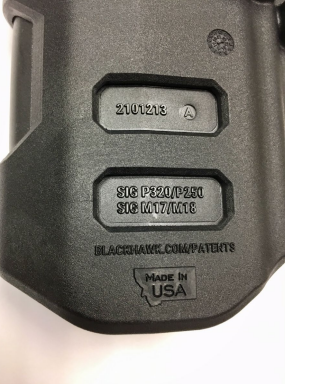 Affected holsters were sold from June 2019 through August 2019 for about $65. Blackhawk's remedy for this recall is a refund of the purchase price.

For more information on this recall, and to find out if you have one of the affected holsters, I urge you to contact Blackhawk directly by visiting their webpage on recalls. Also, here is the page (PDF) with more information about this specific recall.

Finally, no matter what holster you wear, we here at ConcealedCarry.com would like to remind our readers to always treat every firearm as if it were loaded, regardless of the condition of the firearm.