The federal executive and legislative branches vow to crack down on American's gun rights. However, states continue to enact legislation protecting the rights of gun owners across the country. North Dakota may soon join over half of the other states in the country that already have some form of stand your ground law. 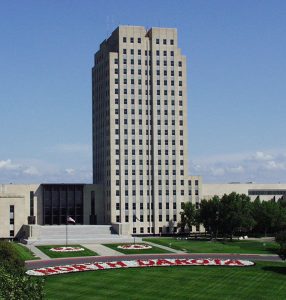 House Bill 1498 is the bill that would significantly impact gun owners in the state. In 2019 a stand your ground bill failed to pass in the House.

What 1498 does is remove the arbitrary ‘duty to retreat' requirement for someone who claims they acted in self-defense. The law does not remove the burden that the force used to be reasonable. Nor does it remove the obligation that it be proportional to the threat. Stand your ground law restore the fundamental right for people to defend themselves anywhere they have a legal right to be.

Stand Your Ground Law is Not Dangerous

As usual, opponents of stand your ground law say that laws like this will lead to more violence and give people the right to:

I can't describe this statement in any other way than incredibly ignorant to self-defense, law, and common sense.

Kudos to the North Dakota legislature, who finally got it done.

House Bill 1293 addresses some of the strange requirements facing residents who want to carry a firearm. Under the current law, a gun carried inside the vehicle must be on an approved list. The passed bill would expand on that list.

Ideally, we would have preferred they eliminate that list.

The bill would remove the restrictions on the time of day when someone could practice their constitutional rights to carry a firearm.

As mentioned above, we are not a fan of concealed carry license requirements and support constitutional or permitless carry. Nevertheless, HB 1297 is favorable to the gun owner. The bill addresses various restrictions on where a concealed carrier can possess the gun legally.

Notably, the bill clarifies the current prohibition about carrying a concealed firearm at ‘sporting events.' The bill clearly states that the ban applies only to those events that are school-related.

One part of HB 1297 that we love is that it allows a place of worship's leadership to enact a blanket policy allowing concealed carry on the grounds. Currently, each individual must obtain permission individually to abide by the law.

Gov. Burgum is a Republican. However, as we have seen, that does not necessarily mean he will sign the bill into law. If you live in North Dakota, urge the governor to sign the bill.