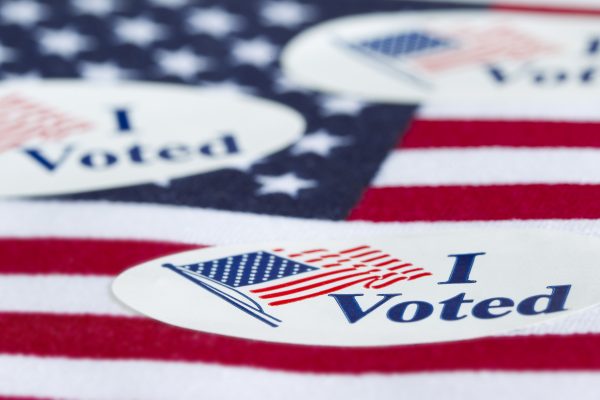 I voted in the 2018 Midterm Elections. Did you?

DISCLAIMER: We, at ConcealedCarry.com, generally try to take a balanced approach to politics in that we are completely focused on the guns, not political parties, in our reporting. While there are gun owners within both major political parties and also outside of those parties, we do recognize the well-publicized agenda of the Democratic Party to pass additional gun control measures. This article takes on the two parties more candidly than is typical on this site. Just know that our stance is that guns and gun rights trump parties and candidates. We remain focused on that ideal while understanding the potential threats the latest election presents.

We are one month in after a historic election. Chances are many of you have already put it in the back of your mind, and you've moved on. Because that’s what we do: we work, raise families, vote, and we go back to work. Yes, it was only a midterm election; surely there’s not much there to pay attention to, right? However, it was a noteworthy midterm from a number of angles: 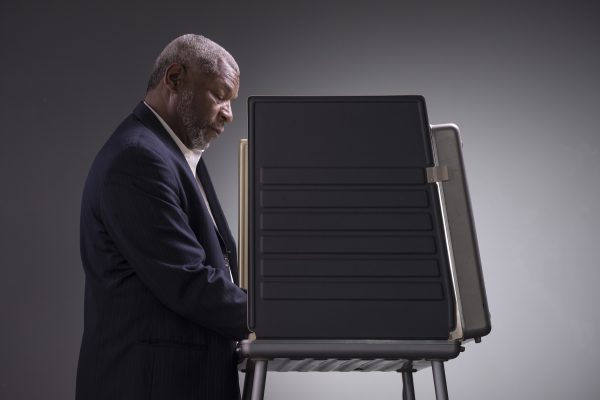 Most battles won and lost over the Second Amendment happen at the state level. Yes, it is not good that the U.S. House has a newly elected leadership that seems intent on coming after the 2A. But what’s even worse is what happened in a number of states on November 6th. 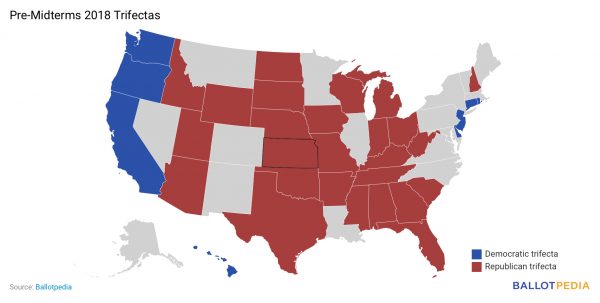 This was the makeup of the country pre-Midterm Election. Red states are Republican trifectas, blue states are Democratic trifectas, and gray states are mixed. Image courtesy of: Ballotpedia.com

Are you familiar with the term “trifecta” as it relates to state governments? All states in the U.S. are similar to the federal government as far as having three branches of government: executive, legislative, and judicial. Just as having good checks and balances on the federal level is important, so it is true for state governments as well. There are also checks and balances in the legislative process in which in order to pass a new law, the two houses of the legislative branch of government must pass the new legislation and the executive must sign it into law.

So, a trifecta is where one party dominates both the House, the Senate, and the executive (President or Governor). It is what we had (and have now lost) on the federal level for the past 2 years with the White House, U.S. Senate, and U.S. House all controlled by the Republican Party. A “trifecta plus” is where one party effectively controls all three branches of government.

The most concerning metric from the results of the 2018 midterm election for me is the fact that 6 states (Nevada, Colorado, New Mexico, Illinois, New York, and Maine) all flipped to Blue Trifectas. These are now 6 new states that could make for a very dangerous 2019 for the Second Amendment.

6 States turned into “Blue Trifectas” after the 2018 Midterms. Image courtesy of: Ballotpedia.com

I live in Colorado and was very disappointed to see this occur. Six years ago we had a Blue Trifecta. It went very badly for gun rights. A new magazine capacity limit was passed causing Magpul to pull most of its operations out of the state to Wyoming and Texas. We also saw a “universal” background check law passed requiring all transfers of firearms to go through a dealer. Many dealers won’t even process these transfers due to the headache of it all. It has become much more difficult to buy and sell firearms in the State of Colorado.

I am fearful of what might be on the legislative docket over the next 5-6 months or so.

Too often we see Democratic trifectas take full advantage of the opportunity and pass more firearm restrictions, but when Republican trifectas exist, opportunities are missed. This has been the case on the federal level where, for the last two years, we could have seen at the very least the Hearing Protection Act and National Concealed Carry Reciprocity passed without much of a fight.

In full disclosure, it might not have been quite that simple where the margin in the Senate was rather slim. But we had an opportunity, and we missed it. Such opportunities were likely missed in states such as Michigan and Wisconsin as they had Red Trifectas for the last couple of years and saw those vanish in this midterm election to where both states now have mixed governments. 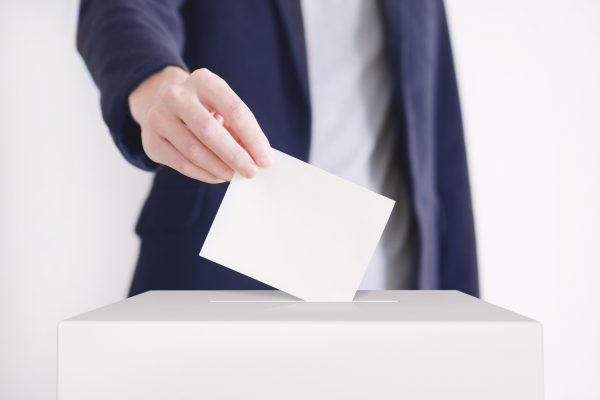 Not all is bad news, however, as there were a couple states that showed some promise. Kansas and Alaska, for example, turned to Red Trifectas after being mixed governments. In these three states, a new opportunity exists to strengthen and reinforce gun rights for the people in those states. I hope they don’t pass it up like we did nationally.

Our nation currently has way too much polarization between ideologies and political parties. The rhetoric has become hateful and divisive. Let us not further this division. While we do not want to miss any opportunities to protect the Second Amendment, we also want to be responsible stewards and help promote positive thinking and ideas as it relates to the 2A.

The fight is less about being on the left or the right. It is more in the middle. There are many voters in the middle that believe in the Second Amendment. They may not believe it is as concrete a principle as you and I do, but they generally support the idea of gun ownership. They can be and need to be influenced to “see the light” about how important it is that we are committed to electing officials that will stand by the Second firmly without compromise.

For some of these “middle” voters the 2A is not a core voting issue. They may be more focused on education or the economy or even pro-choice. And yes, you can be pro-choice (I am not) and also be pro-2A. Promoting divisive and angry language about how “dumb” anti-gunners are will not win over the voters in the middle. 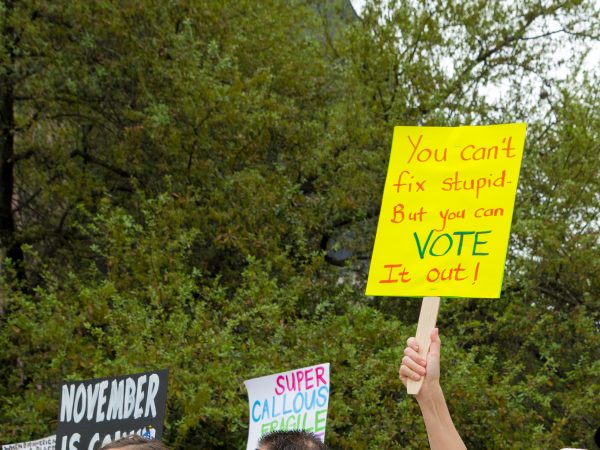 So for the next two years, let’s be focused on having respectful discussions with more people about gun rights where we offer well-thought out, logical, and solid stances as to why the Second Amendment is important and how we can ensure it stays that way for a long time to come.

Leave us your thoughts on this in the comments below.

SIRT Training Pistol
Episode 281: Are You a Felon??

2 Responses to 2A: The BIGGEST Threat From the 2018 Midterm Elections