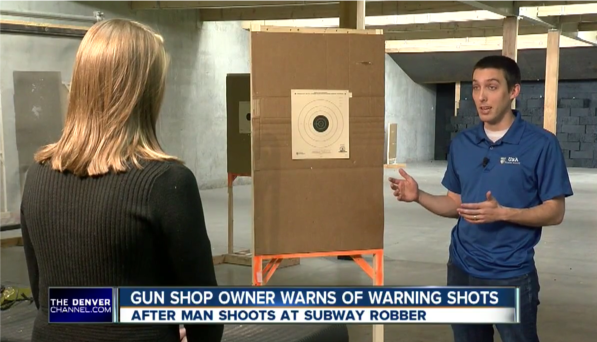 About a year and a half ago I had the opportunity to speak to the local ABC Denver team to chime in on an incident where a supposed bounty hunter chased a robbery suspect out of a Subway store, first firing warning shots into the air and then toward the robber's car in order to prevent his escape.

These are always fun interviews because I have to speak to the situation based on a limited number of known facts (at the time) and I always hope I don't say anything that will generate too much hate mail later. You can watch the news story here, but I want to repeat here some of the core principles that I spoke about during the interview because it is important, and there is a lot of misinformation concerning “warning shots” and if it's ever okay to fire one off.

On some logical level, warning shots sound like a good idea. It would seem an effective way to deter a criminal from committing a crime or wanting to escape from one but as a general rule warning shots are a bad idea. Here are some reasons why:

Stuff is stuff. Life is life. While I often hear a lot of people in the gun community speak about how good it is to kill criminals and rid the world of them I'm more inclined to believe that my job is not to judge if people deserve to live or not, nor am I likely capable of doing so.

My job is to defend lives where necessary by acting in a way that I believe will adequately stop the threat. So when we are talking about someone who has stolen something or has in some way put property at risk I have a hard time imagining any way in which we would be justified in using deadly force unless we feel it necessary to also defend human life.

Furthermore, “just fire a warning shot” is some of the worst advice we hear people get whenever they come to our classes and tell us what they've been told in the past. This is something that needs to be shared with your friends, both new and seasoned concealed gun carriers. This incident occurred in Colorado and state and local laws may vary where you live but hopefully these principles make sense regardless.

To up your gun law knowledge, purchase our American Gun Law Package where an actual, former federal prosecutor gives over eight (8) hours of valuable lessons and actionable knowledge your brain will carry wherever you go. For more information, click on the image below: 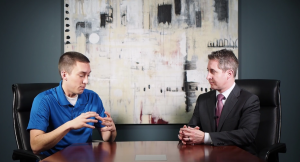 Episode 139: Wins and Losses in Self-Defense Shootings
Beyond the Gun: Overview Of A Street Encounters Class