Good news from the home state of Davey Crockett. Provided Governor Bill Lee signs the legislation into law, Tennessee will become the third state in 2021, to enact permitless carry. This legislation is commonly referred to as constitutional carry. Governor Lee sponsored the bill, so it is unlikely he will veto the bill. 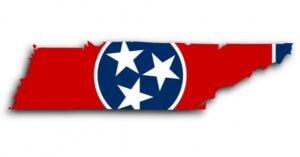 On March 29, 2021, the Tennesee House of Representatives voted to pass the legislation. It passed with a vote of 64-29. The bill didn't need the support of 5 Republicans who voted against it.

What is in the Legislation?

The legislation would go into effect on July 1st. It would allow adults, 21 and older who are not prohibited from possessing firearms, the legal right to open or conceal carry a loaded handgun in public, without a permit. The law also grants the same rights to active duty military members 18-20 years old.

This comes as great news for Tennesee and gun owners across the country. However, some feel the law did not go far enough. The bill only applies to handguns. It does not provide the same protections for carrying long guns.

Tennessee has a solid Republican majority legislature, so I suspect that they will look to expand gun owner rights in the state.

We believe this is good news even if you don't live in the Volunteer State. Pro-gun laws are being signed by governors across the country. This is despite an opposite desire in the federal legislative and executive branches.