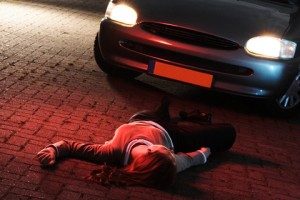 Out of Pennsylvania, a story of a dangerous man targeting security guards specifically for violence.

A hit-and-run driver ran down an Allegheny Dwellings security guard and was shot in the shoulder by the guard's partner Saturday afternoon in the Pittsburgh suburb of Fineview, Pennsylvania according to local authorities.

Pittsburgh Public Safety spokeswoman Sonya Toler said that two private security guards approached a man who had been barred from the Allegheny Dwellings housing complex as he sat in a vehicle at about 4 p.m. Saturday.

The driver, who has been identified as Raphael David Caruso, 31, revved his engine and took off, driving straight towards the security guards as they confronted him, striking one of them, Toler said.

It was at this point that the second guard opened fire on Caruso as he drove off, but didn't know if any of the shots Caruso had fired struck Caruso. It was only after Caruso showed up at Allegheny General Hospital with a gunshot wound to the shoulder at about 4:25 p.m. that police understood that he had been struck. At that point, the police detained Caruso, according to spokeswoman Toler.

As for the injured guard, medics transported him to the same hospital, where he was in stable condition.