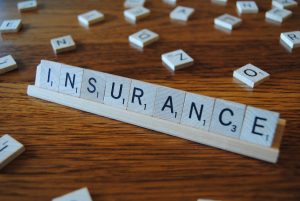 Recent history shows that the America we love is in chaos. Things have fundamentally changed so much in 2020 that's it's hard to see where we're going, and maybe it's old age setting in, but I'm having a hard time remembering the way it has been up to this point.

Everything is different, to include what it means to defend yourself. No more is it acceptable to pull your gun out in self-defense, even if all signs point to a justified use of force meaning that the gun was necessary to save your life.

We've seen this play out more than once this year and the outlook isn't good. Of course, we have been moving in this direction for a while, but this year, 2020, seems like the year everything changed.

If there is one thing I've learned so far, it's that if you go against them you'll end up paying for it, sometimes with your life.

They either want you to have permanent life-altering damage to yourself (like getting hurt or going to prison) or to your home (like your home is damaged in some way), or they want you to die.

There is no longer an in between. The clear cut line between right and wrong has been skewed beyond belief and what was once considered to be the social norm is now anything but.

It is now totally fine to burn buildings to the ground, assassinate police officers, beat civilians to a bloody pulp, riot, loot, and deface property, but it is not okay to defend yourself from an angry mob of people who are trying to hurt or kill you.

The saying that I'd rather be judged by 12 than carried by 6 uttered by so many gun owners in previous years really has no merit anymore.

Why? Because if they can't make sure you're carried by 6 (meaning in a coffin), then they'll be sure to ruin your life to the fullest extent, before throwing you in prison for the rest of your life.

Their goal is to either kill you or ruin your life so you cannot have any sense of normalcy.

I took all that time just to say that things have fundamentally changed in this country, and it's never going to be how it was, ever again.

If you came here looking for answers to this dilemma, please know that I have none. All I can say is make sure your ducks are in a row. Avoidance is the best policy against turbulence, but this won't always be possible.

At this point in the game, the things you think you might do if confronted may have changed and while you should still try to have an idea of how you'd react, all self-defense encounters are fluid and entirely different from each other.

Finally when I said have your ducks in a row just a moment ago, what I meant is that you need to have your strategy laid out for what you're going to be doing after the fact.

Don't be caught with your pants down without legal counsel after the use of deadly force. Have a plan beforehand so you can win the battle in court, the same way you won the battle on the street.

Have a lawyer willing to represent you, or use one of the many self-defense insurance companies like these found on our chart to help you.

It is even more important now than ever before in the past to have a plan and be trained up to the best of your ability. It's also more important than ever to have this coverage. I've personally got US Law Shield right now, but have a feeling I'll be switching to CCW Safe.

Reason being, I listened to this interview by a guy who went to trial with CCW Safe and what they did for this guy is incredible:

I've got a feeling that it's only going to get worse as time moves on.

What do you think? Leave your thoughts on this in the comments below.