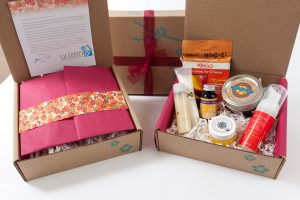 In recent years subscription boxes have become an immense fad across the globe. Hundreds of thousands of people have found, in these monthly and quarterly boxes a niche set of gifts delivered to them that are tailored to their wants. These can range from board games to spices to athletic gear.

The idea with subscription boxes is that, rather than pick the items yourself, you pick the style of the box you want to have and the company that delivers it to you sends you a box with a myriad of items that are going to both give you what you want and introduce you to some new concepts and items in your field that you may not have thought to buy yourself.

And before you ask, yes, there are plenty of these boxes that are devoted to firearms aficionados. In fact, USA Firearm Training has taken a look at several at several of these monthly boxes to see if the deals are up to snuff. Let's take a look at some of our findings. 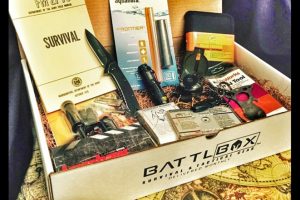 Now there are several boxes that are touted as “Survival”. Stating that they are going to be perfect for outdoorsmen and those interested in disaster preparedness. Items such as the Battlbox, Survival Crate, and Survival Boxes are very popular for those looking to prepare themselves for any chance encounter with the unknown wilderness.

So we decided to test boxes like these and others and see what, in actuality, they brought to the table. Prices on these can range from $25-$109 per month and for that price you would expect some proper gear. Now some of these boxes do deliver consistently providing good gear that taken as a whole is provided at a discount from MSRP prices. Survival gear in these boxes tends to include multi-purpose tools, knives, makeshift shelters, cookware, fire starters, and an occasional machete.

Other of these Survival Boxes were greatly lacking! One of these boxes arrived with nothing but emergency food storage. Another came with a handful of keychain EDC tools that all added up would have been less expensive to just buy out right than receive via the box. So, be sure to read reviews and check previous shipments to get a feel for the true value of what is included.

All that said, these survival themed boxes were greatly lacking for firearm enthusiasts and self-defense shooters. Some were good for surviving in the woods but none of them are likely to help your firearm self-defense plan. 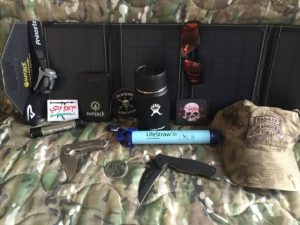 For firearms enthusiasts, you might have more luck with a tactical box. These boxes offered from places such as IraqVeteran8888.com, SOFREP Crate Club, and the OperatorBox are specifically tailored for those interested in firearms but like the Survival boxes our experience was mixed.

Without naming names, a few of these boxes included little to no value in gear. One box arrived with only two items in it that taken together could have been purchased retail for less than the cost of the box. Another of these mentioned subscriptions included a lot of “fun” and “interesting” products but little of actual practical self-defense use.

That doesn't mean there isn't some value there. I have a few knives sitting here on the desk, and a piece of soft body armor that I received from boxes but again I'm compelled to suggest you read reviews and check the company's previous month's boxes to see what was included before you subscribe.

Now, to the reason of our study. We wanted to take a look at these boxes for more than just an article. If you've been keeping up to date with our blog, you are aware of our new monthly membership “Guardian Nation” in which for $38.45 per month, you receive a vast library of video training, live monthly webinars from experts in the firearms community and a yearly certificate for a free concealed carry class in our 20 state network of classrooms.

How it will work is once per quarter, or 4 times annually you will receive the Guardian Gear Box. The contents of which have been collected and are worth more than the $115 that a three-month subscription to Guardian Nation costs. This is essentially our way of giving you back your membership fees in full throughout the year. All this gear we send you is above and beyond the other benefits you receive as a member.

We are very proud of this step we are taking and are looking forward to giving our subscribers the physical, mental, and now material tools to become the Guardians we know they can be.

If you have any questions about Guardian Nation or the Guardian Box, let us know in the comment section below.