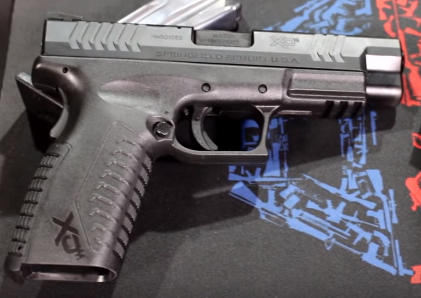 If there is one thing 10mm fans around the country have been asking for, it's a Springfield Armory XDM chambered in this venerable round.

Whenever Springfield announced a new firearm prior to this release, the social media comments would light up with folks demanding they release the XDM chambered in 10mm.

Well, late in 2018 Springfield officially released the 10 mil XDM and I had requested they send us one to test. What follows is my Springfield Armory XDM 10mm Review.

The 10mm cartridge has a cult-like following. It hits hard, and may even be suitable for outdoor carry in black bear country with the right ammo.

We put about 200 rounds of ammo through this Springfield Armory XDM 10mm, and I have to say that so far I'm impressed with the results. Out of those 200 rounds, we experienced not a single malfunction.

The ammunition we used was Fiocchi 180 grain 10mm that was supplied by Ammo Supply Warehouse. Big shout out to them because they have excellent prices on their various boxes of munitions from big-name brands. 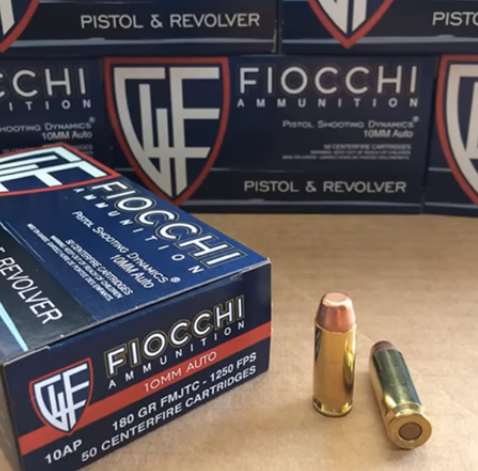 This handgun feels great in my hand. The ergonomics are similar to my own, smaller caliber XDM chambered in 9mm. The 10mm model has two additional back straps for further customization.

Minus the size and weight, I'd barely be able to tell this 10mm apart from the one I own, even if blindfolded.

They are that similar.

The slide stop, mag release, take down, etc., are the same as other caliber XDM pistols. The triggers also feel the same from break to reset. Here is a picture of the XDM-10 next to my XDM-9:

The 10mm is bigger than the other, but that's about the only difference I was able to see and feel.

Of course, they handle differently at the range during live fire. After all, 10mm is an overall bigger cartridge so that's to be expected.

As far as accuracy is concerned, ranging from 5 to 15 yards the gun did its part. It was accurate as you can see in the following picture: 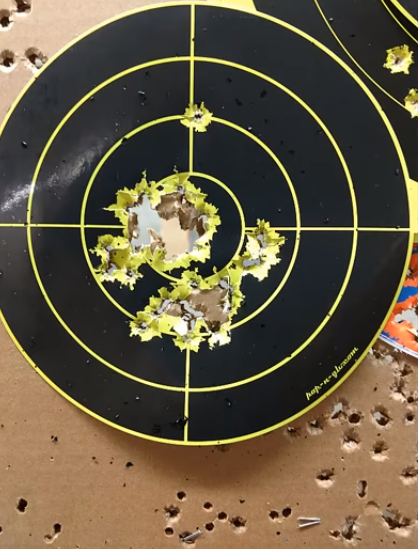 You can see my full Springfield Armory XDM 10mm review video where I go much deeper on it, here:

My only complaint, if I had to find one, isn't really any fault of the gun itself, but is something consistent with what I hear others talk about with the caliber, itself.

I feel as though if I had to do any rapid fire in a concealed carry situation where repeat shots were necessary to stop threats, I'd have a harder time keeping my master shooting grip than I do on the 9mm.

It recoils heavier, and found that I had to adjust my grip more often.