Join Our Newsletter
Shop Our Store
MAIN MENUMAIN MENU
By Joshua Gillem on August 15, 2019 in Gear 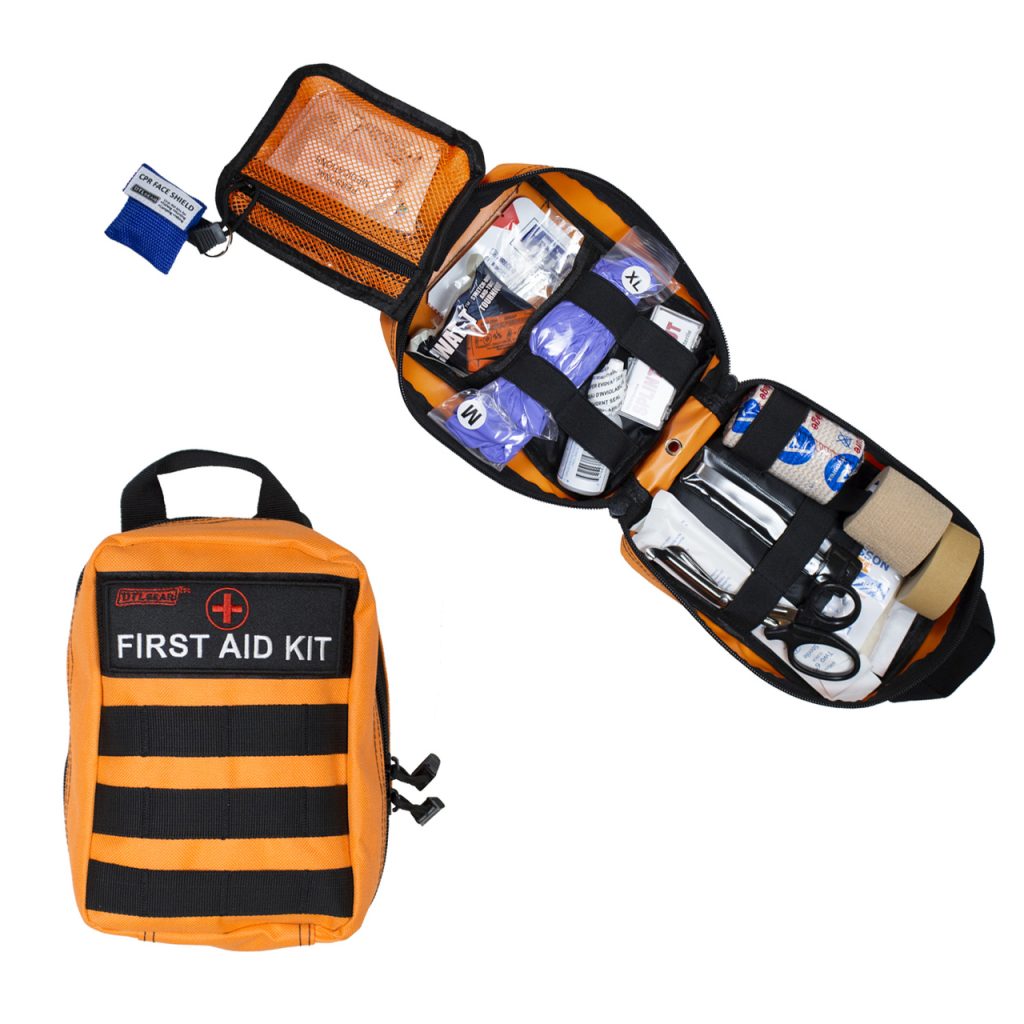 I'm not going to pretend to be a first aid expert. We've got Brian for that and he's already covered a good amount of first aid stuff for us. I learned some stuff while in the Marines, but I have to admit, being married to a Registered Nurse has kind of spoiled me.

She has been a first responder to many incidents. There have been a couple that stand out in my mind, and we'll get to a few of those in a moment. But for now, let me tell you a story about the time I went to the range with an old man who is my step dad.

He just bought a new gun. I won't say which one because he bought it against my will even though I work for the industry and know which brands are better than others. It's his choice, and if he's happy, I'll do my best to be happy for him.

Anyway, we went to the range and I did my best to teach him how to grip the gun. Every time I turned away he changed back to his standard way of holding the gun with his strong hand, and grabbing his strong hand wrist with his weak hand. I have no idea who taught him to do this, but the thumbs forward grip just wasn't something he was willing to change to.

That is, until the slide caught the web of his left hand and he bled profusely all over the place. Now, he is a trained EMT and I'm an advocate of having a first aid kit. Neither one of us had anything to stop the bleeding except for the rag I use to check my oil. Because he's on all sorts of meds that thin his blood this was a recipe for disaster.

All is well that ends well, and everything was fine but I learned an important lesson that day. I can't remember exactly why I didn't have my medical kit, maybe it's because it was in a different range bag or something. I can't remember. What I do remember is that I needed it and didn't have it.

Moving on from that experience, is my wife who is a nurse. She is a first responder. She loves to help people. Every single time we see an accident on the side of the road we stop and she gets out to help. It's who she is and I don't fight with her on it.

We've seen some mangled people together. It's romantic, actually, because we remember these things together. Of course, when we've got the kids with us, she goes and I stay in the car.

One time when we were living in Delaware before we were married with children, we saw a really bad accident and the guy was bleeding out. She had to stop the bleeding immediately to save his life but didn't have any gloves.

Suffice it to say that we have gloves on us now, as well as other medical gear just in case. You never know what could happen. Another time we were a few cars behind a group of motorcycles and one of them lost his balance and hit the center median. I had the kids with me this time so I stayed in the car as she rushed to his aid.

Another time an older person had a seizure while driving and had a head on collision with a person in a big diesel truck. The guy in the truck was okay, but the epileptic not so much.

Even if you're never a first responder to strangers on the side of the road, it's imperative you have first aid gear in case you need it. Or, a loved one needs it. You just never know. If you weren't aware, we actually started selling medical gear in our store not too long ago. You can take a look at our first aid equipment, here.

The Attack On Our Second Amendment Continues
The Duty To Inform, Or Not – A Recent Pull Over Experience

One Response to Reminder: First Aid Gear Is Essential For EDC