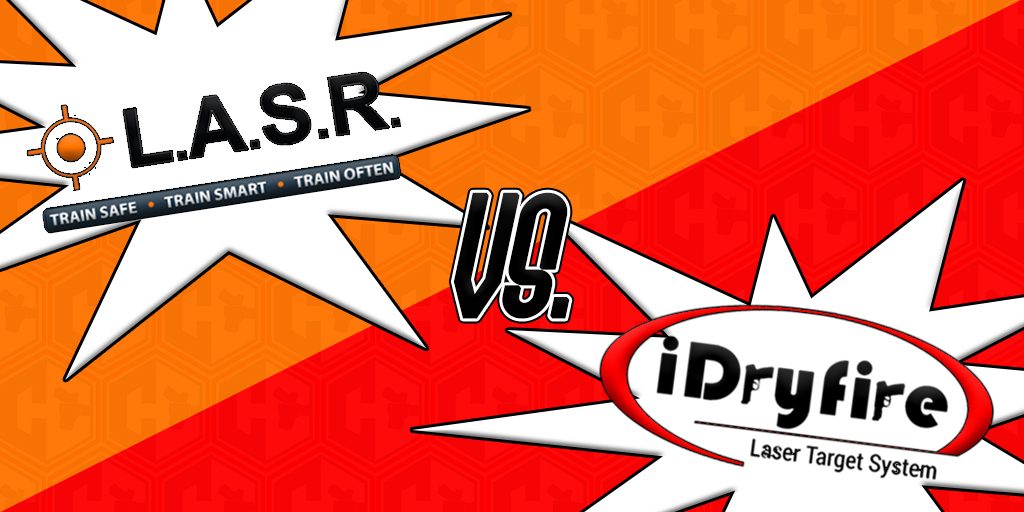 In Pittsburgh last year at the USCCA Expo I was stopped at a booth as I walked past it. The man working the booth asked me to please try their software and please sell it on our website, ConcealedCarry.com. I don't think he recognized me specifically but the logo on my shirt was enough apparently for him to pick me from the crowd.

The name of the booth / software: iDryFire.

I admit that I had seen their logo a few times, been to their website, and generally knew they had a product very similar to LASR which I use and love but up until that point I had really put on my bias blinders and ignored their product. It was time to repent of ignoring them and give them a real shot.

So I stepped up to the booth and looked at the setup.

What is The Same? What Is the Point?

LASR and iDryFire are both software tools that run on a computer / device that use a camera (like a built-in camera or USB webcam) to “see” red dots from a laser training device on a target surface.

Anything can be used as a target from a paper target to a light switch on the wall. With a queue from the computer, you begin shooting and the software keeps track of the number of shots, the time between shots and the hits vs misses. In theory, both of these products do this.

At the booth that day I didn't have enough time to really give it a full run so I asked for a business card and a few weeks later I had a no-cost license provided to me for testing (always appreciated).

Where The Rubber Hits The Road – What Makes Them Different

Now I should preface this with a disclaimer that I am biased. I've been using LASR for years and I have a business relationship with that company. We sell LASR here on ConcealedCarry.com. That said my honest opinion is that at the time of this writing iDryfire is a significantly lower quality product.

Back in May when I first experienced iDryfire the one thing that intrigued me was the ability to use multiple cameras to get different target areas, something that, at the time, LASR didn't have available. However, since then LASR has released multiple camera options and in fact the way they did it is far superior.

I can't think of anything that iDryfire now has that LASR doesn't but the opposite is far from the case. Without going into an exhaustive list, here are a handful of things that have caused me to continue to use LASR despite having unlimited use and access to both tools: 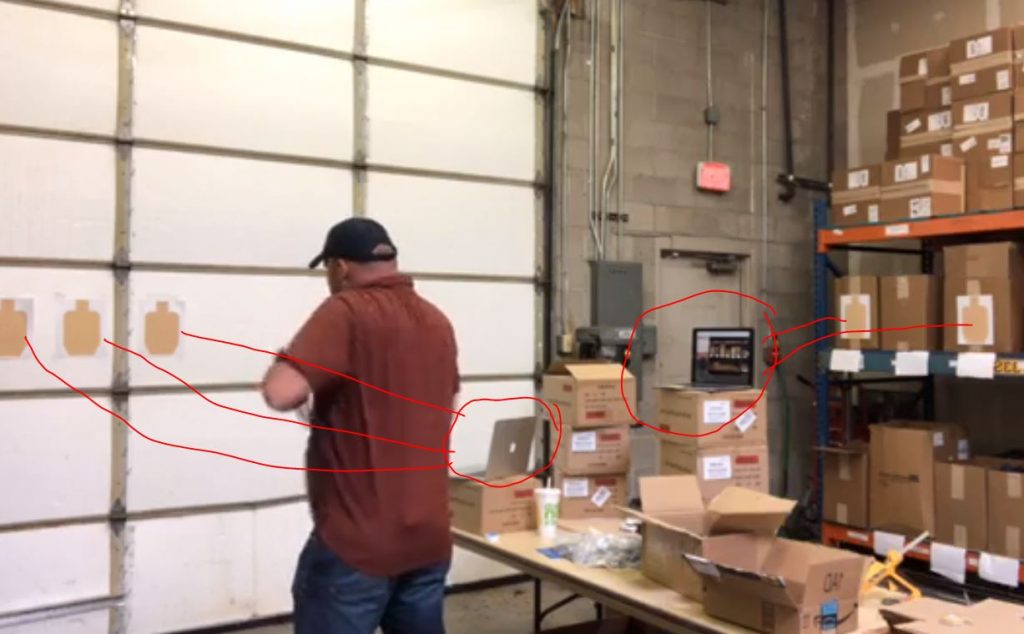 You might be wondering about cost? LASR is sold in 2 versions. LASR classic which only runs on Windows machines and has all the various features and LASRx which is web-based and can run on any machines or mobile device, but doesn't have all the same features. Both are available for lifetime access and updates for $120.

LASRx is also available for $9 per month with no long term agreement should you want to give it a try for a month or two before you shell out $120.

iDryfire can be purchased for $100 if you dig far enough on the site to get it without any bundle. That does include one USB camera which they recommend you use over any built-in webcam.

Don't Get Confused By Bundles

One thing that frustrates me about some of these companies (speaking generally now and not just about these two competitors) is they often market their product in a way that gives you the impression it will only work with the laser training device they sell it with.

I understand the marketing idea … selling the software bundles with a laser training device is good for the consumer and generally better for the company; but it also can lead to confusion for the consumer.

After all if iDryfire appears to be sold with a red laser training pistol then that could imply it won't work with anything else.

Another thing worth noting; iDryfire sells a laser training pistol that is clearly comparable to a SIRT pistol. They are similar enough that you could VERY EASILY think you are buying a SIRT when you are not. Just a heads up if you go that route.

As I mentioned I am biased so if I'm missing something or you have something else to add please let me know in the comments below!