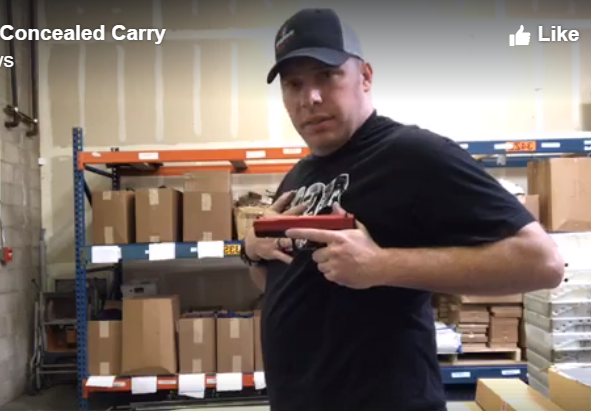 In this episode of SHOP Talk with Riley, he goes into depth on how to practice drawing from a holster. This is one of the most important aspects of practicing with your gun. And, drawing your gun from your holster is one of the things you should be practicing on nearly an everyday basis.

If not every single day.

Here's the thing, though, it's really hard to do if you have never done it before. You're also not efficiently practicing if you've developed bad habits.

What Riley shows you here is in no way meant to troubleshoot any issues you may have, but to merely show you how he practices his draw stroke, gets his (what I like to call) combat grip, and present the gun to the target.

This is one of the reasons why it is well worth the cost to take some sort of more advanced training, after your concealed carry permit class. A qualified instructor can point out any bad habits you have, during this all-important part of concealed carry.

You can check out the video, here:

Did you learn anything new from that video? Let us know in the comments below.

Here are the products he showcased in the video, if you're looking for more information on them:

Riley also mentioned Guardian Nation at the end of the video, where skills like how to practice drawing from a holster are presented on a monthly basis as a part of your membership. The videos are then archived so you can view them as often as you want.

I actually watch these videos and still learn stuff from them, even though I've taken classes beyond my permit class and have been working for the industry for quite a few years. For skills I already have, watching the videos reaffirms that I'm doing the right thing in my practice.

You can learn more about the many benefits of Guardian Nation, here.

draw from holster, dry fire, how to, practice, sirt

[VIDEO] Getting Your Gun on the Plane The LEGAL Way
Episode 299: JUSTIFIED SAVES – Police Officer Shot and Killed in Apparent Self-Defense