Join Our Newsletter
Shop Our Store
MAIN MENUMAIN MENU
By Matthew Maruster on October 5, 2022 in Gear

It's safe to say a guy like Max Michel could shoot any gun better than most of us. However, there is one gun he prefers to shoot competitively, and that is the SIG Sauer P226 XFIVE made in Germany. Now owning one of these finely tuned, single-action, semi-auto beauties may be a bit more affordable. 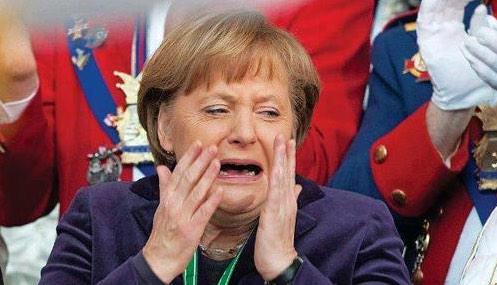 The moment German Chancellor Angela Merkel learned of SIG Sauer's plan to manufacture the P226 XFIVE in the United States.

SIG just announced that they are now manufacturing the P226 XFIVE in the United States. If you're not familiar with SIG's P226 line of semi-auto handguns, here is the quick backstory.

SIG developed the double action/single action semi-auto, handgun in the early 80s when the U.S. Military looked to transition from the service issued 1911. Beretta won that bid with their M9, but not because the P226 wasn't a reliable duty handgun. Many military operators selected the P226 over the M9 because of its shoot ability and performance. Police and others who carry a handgun professionally choose the P226. 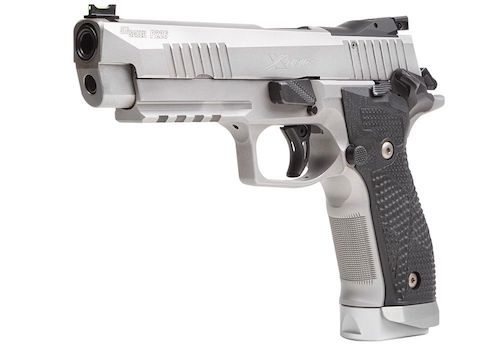 SIG began producing an enhanced single action, P226 in Germany and called it the X5. The XFIVE's refinements include enhanced ergonomics, hand fitted barrels, a trigger upgrade and other fine tuning that made the X5 not only an accurate and fun gun to shoot, but great looking as well. There are some different options in XFIVE line, but in general, I've seen German made X5s sell for somewhere around four to five thousand bucks. If you're like me, the only chance we'll be shooting a P226 X5 is if one of our well-off friends has one.

As mentioned, the SIG P226 X5 is a single-action, semi-auto handgun. It's chambered in 9mm and comes with a 20-round capacity unless you live in a commie state that only lets you carry 10 rounds. The X5 has a heavy, stainless steel frame and slide, fiber-optic front sight and adjustable trigger. The XFIVE has an accessory rail, and comes pre cut for the Romeo Zero optic. SIG's website lists two variants of the new XFIVE which appear to be mainly cosmetic differences in the grip panel material.

SIG says they will manufacture the new X5 in the United States, as opposed to Germany. This supposedly should help bring the price down a bit and satisfy folks who like things made in the United States. SIG doesn't have an MSRP for the American made XFIVE on their website yet, and I haven't found one listed on any online gun stores. 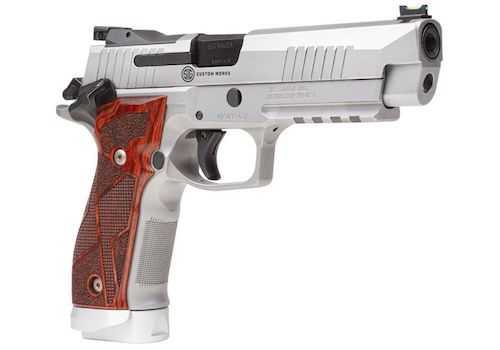 You can learn more about new American made SIG Sauer P226 XFIVE handgun by clicking here.

Treating a Minor Injury on the Range is Important
What is Your Everyday Carry (EDC) Gun, and Why?