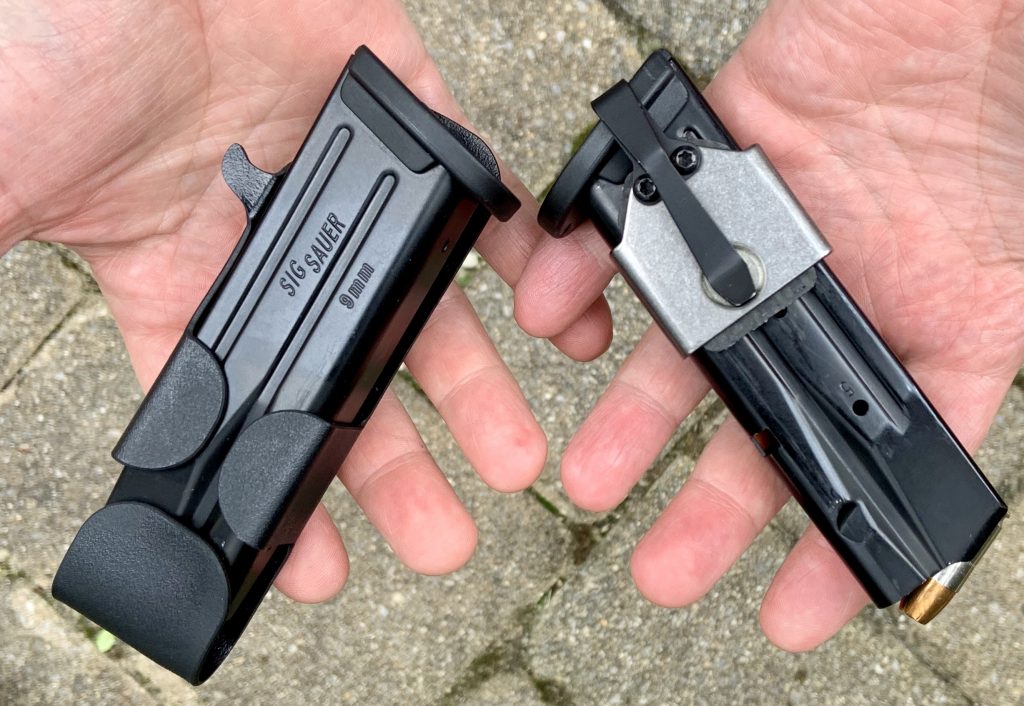 Both the SnagMag (left), and the Neo Mag (right) allow one to easily and comfortably carry a spare magazine in their pocket.

You may have heard us or another instructor in the industry saying that it's a good idea to carry more ammo than your gun holds. This is true in the case of a spare magazine for your semi-auto, or a spare speed loader for your revolver. It doesn't really matter, just as long as you carry extra munitions at the ready, should the unthinkable happen.

Why do we say this? There are a couple of reasons why, actually. First, obviously, you may need as much ammunition as you can carry to see your way out of whatever trials you may find yourself in. If you end up in a shootout with more than one bad guy or even an extended shootout with only one bad guy, you'll be happier to have more ammo than less.

This way, you can either last longer than them, eliminate their threat, or at least hold out until backup arrives. It's always better to have more ammo than you'll need in a firefight than not enough, but always remember to only shoot what you need, not spraying bullets out needlessly in any direction.

Oddly enough, this is even truer now than it was just a few months ago. The United States is currently doing well and we're currently supporting one another pretty well. However, we don't know how bad this coronavirus thing is going to get and if we find ourselves outside of our homes during a societal collapse, having extra ammo on you can help you get home to hunker down, if you're not already there.

However, the chances of you needing that much ammo because you emptied your magazine is not as likely as the other reason why you might need an extra reload of ammo. And, that is because you've had some sort of malfunction during the firefight.

In fact, many semi-automatic malfunctions are caused by a failure in the magazine. If this happens, being able to ditch the mag completely, or at least stick it in your pocket for later as you insert a fresh one that hopefully works correctly, may be your best option to get back into the fight quickly if needed.

But you can only do that if you have the spare mag on you to begin with. Of course, also necessary is the skill to perform the magazine change which can be practiced both at home in dryfire as well as at the range during live fire practice.

Do you carry a spare reload? Let us know in the comments below.

Next check out Matthew's comp between the above pictured mag carriers, here.

21 Responses to Why Do We Recommend You Carry Extra Ammo?