If you have the time and ability, you may want to consider cleaning your everyday carry (EDC) gun at the range.

A while back, I wrote a post discussing different opinions on how often everyday carriers clean their self-defense EDC guns.

This time, I  want to present a post for readers to consider where they clean their EDC guns. I think there is a pretty good reason to clean your EDC gun at the range. Let me explain. 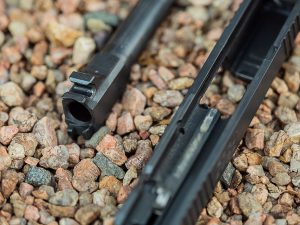 I take a pretty liberal stance when it comes to cleaning my EDC. I may shoot a few thousand rounds through it before I do cleaning. So I really just keep it lubricated and wipe it down when necessary between cleanings.

When I finally clean my EDC, I often break the gun down past just taking the slide off and barrel out of the slide (called field stripping). I like to do this deep clean at the range.

Manufacturers try and make it pretty easy and almost foolproof to field strip the handgun. However, the further you take the gun apart, the more likely you could break or bend a component. And maybe you put a spring on backward or just don't get things back together quite right. 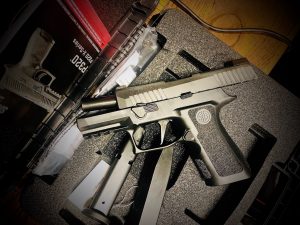 Anytime you perform maintenance on your EDC, you should perform a basic functions check. Ensure the gun is unloaded and pointed in a safe direction:

There may be more or fewer steps depending on the type of firearm you're working with.

However, just because a gun passes a functions check doesn't mean something didn't get jacked up when you took it apart. For example, a functions check won't tell you if you put the extractor assembly back correctly. A functions check also won't let you know you installed your magazine spring wrong, which can cause feeding issues.

The best way to ensure your gun is operational is to shoot it.

If you break your gun down, clean it, and assemble it at the range, you can shoot some rounds through it afterward to ensure it's working. Now I know, you just cleaned your gun, so why dirty it by shooting rounds through it? Because more important than a clean gun is a gun that works when your life depends on it. 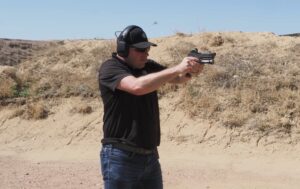 I know some of you might shoot at an indoor, public range where it isn't possible to clean your EDC. If this is your situation, consider getting to the range sooner rather than later after anything more than a basic field stripping.

This handgun cleaning kit from ReadyUpGear is compact and fits nicely in a range bag. It contains everything you need to clean your gun at the range. In addition, the hard case has enough room to add other items like a punch or a bore snake.

Where do you clean your gun, and do you do any sort of test fire after a deep clean? Leave a comment and tell us your methodology and reasoning behind why you do what you do. 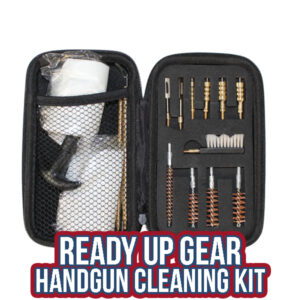 One Response to Where Do You Clean Your Everyday Carry (EDC) Gun?