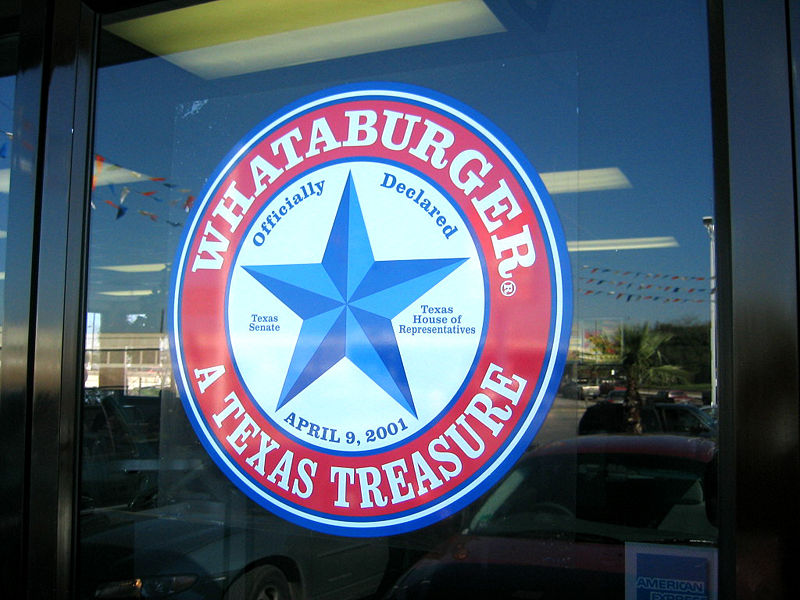 ConcealedCarry.com is bringing you another article about the gun policies of companies across the country. This time we are taking a look at Whataburger, a Texas-based fast-food company that is in the news for an incident that happened at one of their restaurants in the Houston suburb of Friendswood.

Back on Thursday, May 31st, A Friendswood police detective was going to his local Whataburger to grab some breakfast. He was in plain clothes at the time, but both his firearm and his police badge were visible as he made his way to the counter to put in his order.

However, the manager of the establishment, who was behind the counter at the time was very clear that he was denying service to the detective due to his open carry of a firearm.

According to reports, the detective attempted to calmly explain to the manager that he was active duty law enforcement and that his firearm was his on-duty sidearm. The manager still wasn't having it and maintained that the detective would not be served that morning.

Seeing that there was no getting through to the manager, and not wanting to cause a scene himself, the detective left the restaurant.

By the following day there was a lot of local outcry due to the way that the detective was treated, and soon thereafter Whataburger corporate found the detective and issued an apology to him. The company also sent out a press release stating …

This was an unfortunate misunderstanding of our open carry policy, and we've talked to the detective to make this right. He was understanding, accepted our apology and said he plans to come back to Whataburger. Our company policy allows law enforcement with proper identification to open carry at our restaurants, and we'll be reinforcing this policy with employees through additional training. We've also been in contact with the Friendswood Police Officers Association. We want to make it clear that this detective and all law enforcement are welcome in our restaurants and we're proud to serve them.

But which side of Whataburger is the one to believe regarding carrying in their stores? Corporate or local management? Well after doing a bit of digging, it appears Whataburger is okay with law enforcement openly carrying in restaurants, but it is understandable where lower level management could be confused, as the company also holds a strict “No Open Carry” policy for civilians wishing to eat there.

It should be noted that the Texas restaurant chain does allow for licensed concealed carriers to bring their firearms into the establishment, provided they remain concealed, but it may be better to hear the policy from the horse's mouth as it were. Whataburger CEO Preston Atkinson explains…

Whataburger supports customers’ Second Amendment rights and we respect your group’s position, but we haven’t allowed the open carry of firearms in our restaurants for a long time (although we have not prohibited licensed conceal carry). It’s a business decision we made a long time ago and have stood by, and I think it’s important you know why.

But first, as a representative of Whataburger, I want you to know we proudly serve the gun rights community. I personally enjoy hunting and also have my concealed carry license, as do others at Whataburger.

From a business standpoint, though, we have to think about how open carry impacts our 34,000+ employees and millions of customers. We serve customers from all walks of life at more than 780 locations, 24 hours a day, in 10 states and we’re known for a family friendly atmosphere that customers have come to expect from us. We’re the gathering spot for Little League teams, church groups and high school kids after football games.

We’ve had many customers and employees tell us they’re uncomfortable being around someone with a visible firearm who is not a member of law enforcement, and as a business, we have to listen and value that feedback in the same way we value yours. We have a responsibility to make sure everyone who walks into our restaurants feels comfortable. For that reason, we don’t restrict licensed concealed carry but do ask customers not to open carry in our restaurants.

So while it appears that the CEO & President of Whataburger is a supporter of the second amendment his lack of open carry openness has led to a lot of confusion among his own employees and a bit of public opinion trouble for the whole company following this incident in Friendswood.

Personally, I think it would be easier to allow open carry for all in Whataburger establishments since it is currently allowed for some and concealed firearms are allowed for all with the proper permits. This current stance just leads to a lot of head scratching and hoops to jump through just to eat a burger. Maybe I'm in the minority on that though.

What do you all think? Would you consider Whataburger an anti-gun business or was this just a simple misunderstanding due to company policy being confused? Let us know in the comments below.

Episode 230: Getting Kids Into Shooting From a Young Age
Episode 231: ‭Maybe Appendix Carry Isn’t Safe After All