Recently we at ConcealedCarry.com took a look at ride-sharing giant Uber's policy towards firearms, and due to our findings, readers inquired about alternatives to the company. That's why today we're going to take a look at Uber's biggest competitor in the market, Lyft.

I'll come right out and say it. Lyft has an issue with the second amendment. Lyft has been seen historically as an even more anti-gun company than Uber. Believe it or not, there is a 2015 New Republic article that even praised Uber for allowing drivers to carry and reprimanded Lyft for not allowing the same.

Lyft has a strict “No Weapons” policy for all of its properties. This includes Lyft Hubs and service centers.
Our “No Weapons” policy applies when you are doing business as a representative of Lyft, which includes times that you are driving for Lyft, as well as times that you are visiting a Lyft Hub.
This means that even in places where it is legal to carry a weapon, we ask that you do not carry a weapon on any Lyft property.
We approach this from a community perspective. It's hard to know what someone else is or isn't comfortable with. The mere presence of a weapon might make another community member distressed and fear for his or her own personal safety.
At a minimum, a “weapon” includes any form of firearm. There are many items that could be considered weapons besides firearms, such as handguns, stun guns, explosives, knives, sling shots and tasers. Lyft reserves sole judgment on what else may constitute a “weapon.”  If you have any questions about whether various items could be considered a “weapon” under this policy, please contact Lyft Support before bringing any questionable items onto Lyft property.
Note: The general policy above does not apply to authorized security personnel contracted or employed by Lyft or to law enforcement personnel.
If you witnessed possession of a weapon in a Lyft vehicle, please let us know by tapping ‘Contact Support' below.

*The above is Lyft's policy as of the writing of this article. 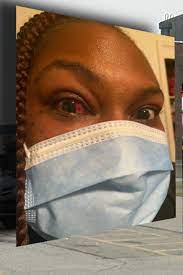 Here is one story of a Lyft driver who defended themselves against an attacker by using a handgun. Lyft fired her.

Lyft's policy addresses those representing Lyft, not the passenger directly.

However, it appears that the company sees guns as a nuisance more than an assistance. Of course, the company has the right to implement a prohibition against guns. And they could have stated something straightforward like- We don't allow Lyft drivers to carry firearms. But they went further.

The mere presence of a weapon might make another community member distressed and fear for his or her own personal safety.

The people who craft policies at Lyft wanted to make sure that their no gun policy wasn't because of a problem with drivers shooting customers. And drivers weren't waiving guns around, demanding the passenger give them a good rating. Nope, including the statement about the sight of a gun causing “distress” shows that they aren't just prohibiting guns because they are erring on the side of caution. The policy is the way it is because guns are scary and only used to harm people.

And the policy goes further than just explaining the driver can't carry a handgun. When Lyft says the driver can't have a “weapon” of any kind, they say that if you drive for Lyft, you don't have the right to self-defense. Or, at the very least, want to ensure that anyone who decides to attack a Lyft driver has a distinct advantage even if they have only a tactical pen. 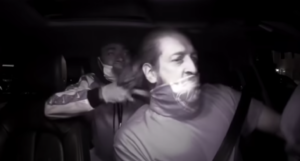 Should you carry a gun in a Lyft —

For the driver- your life is likely more important than any particular job. Lyft may fire you if you defend yourself with a handgun, but you'll be alive.

For the passenger, I would avoid using Lyft. However, if you do use the service while armed and it's discovered you're armed, the company could ban you from using their services in the future. I don't know about you, but that's a risk I would be willing to take.

Here is the takeaway —

Lyft doesn't have a policy banning the rider from carrying a handgun. However, the company is clearly not a fan of the Second Amendment.

For anyone looking for a ride service that won't stick their nose into our second amendment rights, we have to look somewhere beyond Uber and Lyft.

Here are just a few news stories of Lyft drivers using a handing to defend themselves against attacks.

What do you think of this story? Do you know of any ride-sharing organizations that are not anti-gun companies? Let us know in the comments below.

5:32
Elite Military Medics On Scene To Save 2 Civilians
0 views