Join Our Newsletter
Shop Our Store
MAIN MENUMAIN MENU
By Joshua Gillem on May 14, 2018 in Firearms Ownership 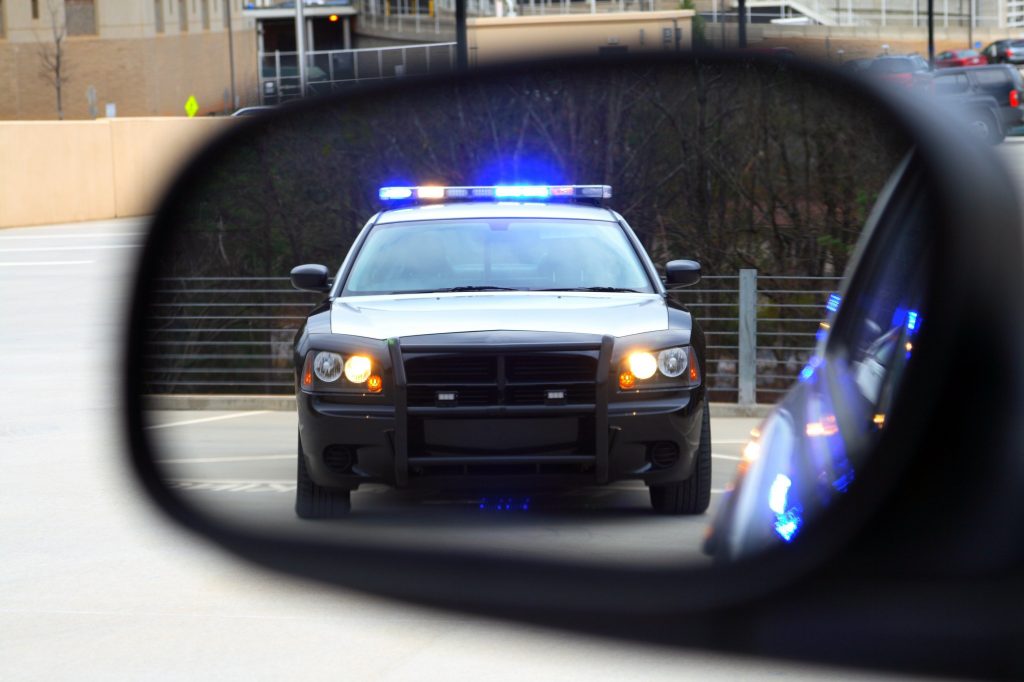 I was pulled over last weekend for driving a stolen vehicle. It wasn't actually stolen, it was mine … registered to my name. But, for some reason when the police officer ran my plate number it came up as a stolen vehicle from a different state. I don't know how all this works, but this is the first time I've been pulled over in about 10 years.

Yes, I drive like Old Miss Daisy, follow posted speed limits (for the most part), and try to do everything exactly how I'm supposed to.

The way I see life, is that, 1) I'd rather not have the drama of being pulled over all the time for speeding. 2) I've found that anywhere I have to go is never more important than the lives of the people around me in other cars, or my own.

So, I take it easy when driving. The only reason why that's important for you to know, is because I knew that there was no specific reason why I was pulled over. I had done nothing wrong, and was going 27 in a 25 when I passed him. That's certainly not enough to pull someone over given the margin of error in speedometers. So, I suspected something was wrong.

He did not approach the car quickly. He stayed in it for several minutes, and as he did I wondered what was going on. I took my cap off my head and threw it on the dash, then placed my hands on the steering wheel at 10 and 2.

One of the most important things you could ever do to ease tensions during a stop is to make sure the police officer can see your hands. In hindsight, I also should have rolled the back window down because it is tinted and not easily seen into.

After what seemed an eternity, the driver's side door finally opened and a police officer stepped out. He was average in size, dark hair, and cautiously approached my car with his hand on his taser.

As he reached the back driver's side corner by my taillight, he stopped and gazed at my reflection in the mirror, surely wondering if I was a criminal and if he had said goodbye to his family for the last time. After regaining his composure, he began to swing wide, hand still on taser.

As I sit, waiting patiently, I heard my son start to talk. I was driving him to his soccer game, and he was sitting in the seat directly behind mine. He's five years old and this is the first time he'd ever been pulled over before, so he was concerned. He was confused because in my household we teach that police officers are inherently a good force. He also believes that his daddy is good so his brain housing group was desperately trying to figure out why his good daddy got pulled over by the good police officer.

As the cop swung wide in his approach, I saw him come closer to me when he saw my hands on the steering wheel, hand still on taser. He asked me if I knew why he pulled me over, and I said I had no idea and that I had done nothing wrong. He informed me that my license plate was flagged as a stolen car, but he ran it several times and it came back as being such in another state.

He asked me to show my license and insurance to prove who I was. In Pennsylvania we do not have the duty to inform during a traffic stop if we are carrying a concealed weapon, but this was something I had always wanted to test after hearing horror stories. So, as the conversation progressed I quickly mentioned that I have a license to carry a concealed firearm, and that I was carrying concealed on my person.

I wasn't sure how this was going to go, because his hand was on a weapon. He was cautious, probably a little nervous, and definitely concerned for his life–with just cause. Stolen cars are, according to our resident police officers, one of the most high risk encounters police find themselves in.

Once I told him I was carrying, his attitude actually changed for the better. He thanked me for telling him and took my info with the hand that had previously been on the taser. He understood at that point, I believe anyway, that I was a law abiding citizen. After all, police usually find out the hard way when a criminal has a gun because they do NOT announce it. They usually just start shooting.


The entire ordeal had been a colossal confusion. After he gave me back my papers, he apologized. I told him to stay safe out there as I usually do when I see a cop. He said thank you, walked back to his car and turned off the lights.

Now, you may have handled that situation differently. I'm fairly certain that we have readers here who would have denied the cop anything citing the Fourth Amendment. That's up to you, and a topic for another article altogether. But I know how I'd rather handle things, and it involves making the police officer feel as comfortable with the situation as I can so I don't get tasered in front of my son.

Now that I've conducted my test, I'll never again inform the police officer that I'm carrying unless I'm in a duty to inform state, or the gun is not on my person like in the glove box. The last thing I need is to not tell the cop and have my FNS9-C fall out when I get him my papers. That'd be an interesting conversation. Then again, I'm not planning on getting pulled over ever again, either. Nor do I ever put my gun in the glove box.

What would you have done differently? Let us know in the comments below. Speaking of all this stuff, do you have your attorney on retainer yet? If not, that link leads to a good resource for you when you're ready to interview one.