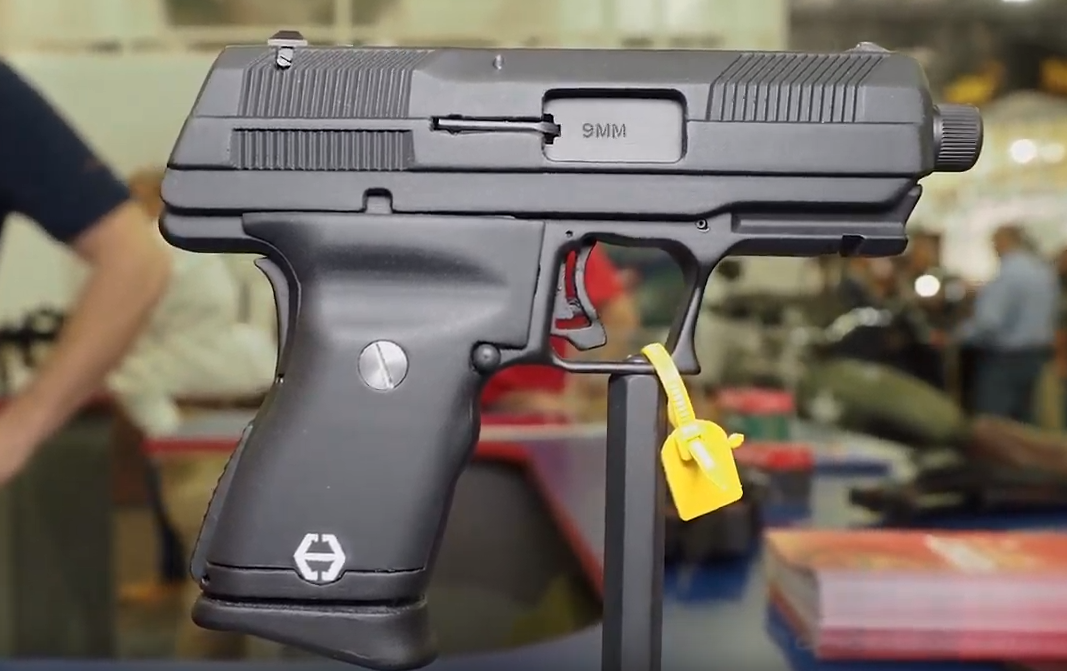 This was taken at SHOT Show last year or the year before since I couldn't find an actual picture from a gun show. I figured a picture of the high point prototype would be perfect for this post.

I've been starting to see more signs for gun shows over the past couple of months, and there was even one held here in my area a few weeks back. And of course, if you look around YouTube, you can see the guntubers walking around these shows, laughing at all the “deals” to be had.

So, I guess this begs the question, then: Are gun shows still a good place to shop?

The answer to this question, would be that it depends. What does it depend on? Let's take a look.

Your willingness to find deals:

I'm sure there are still some deals to be found at the local gun shows. And, even though you will be able to find some ammo at the gun shows, it won't be affordable. Oftentimes, by the time the ammo gets to the gun show it has passed through several different hands.

This happens even more now as the ammo manufacturers are requiring several thousands of dollars worth of product to be ordered just to make that order.

Those little mom and pop shops cannot usually afford that big of an order, so they may be forced to buy retail just so they can have some ammo to sell.

I'm in no way saying this is good. When they buy retail to resell, they're basically taking more affordable ammo away from people to resell at a higher price. That's not cool. I do want to say that they don't all do this, but some do and to me it is unacceptable.

Each time it trades hands the price goes up a little as each party has to make some money in order to justify selling it. By the time the ammo gets to you it might be way more than you should pay.

Then again, I'm a firm believer that having more ammunition is better than having less so you have to figure out what it's worth for you to buy.

Outside of ammunition, there are still likely some “deals” to be had but you'll have a harder time finding them because more people are looking. And while you'll be paying more for a part or even a whole gun, I believe having these things is necessary.

And if there was one thing you should be buying right now that still has ample stock, it's magazines. Buy them now before you regret it.

The state of things right now dictates that you'll have more competition looking for the same stuff. While there are building capacity restrictions put in place right now due to what I've started to call the Cerveza Sickness, and they only let so many people in at a time, there are more people trying to find stuff at good prices.

This means that you'll be standing in line for longer, just to get inside and maybe get the scraps other people who were in first got to already. Anything that may have been deemed to be a good deal won't be unless you are one of the first to enter the gun show.

This may just mean that you wasted your time trying to find some stuff and all you came out with was a germ.

This may not be a big deal to you but I personally hate being sick. And if there is one thing I know for certain it's that a thousand people walking around one room is a germ factory.

I was a germ-o-phobe before it was the cool thing to be. I was that guy walking around the past seven or so SHOT Shows, applying anti-bacterial gel after each handshake and going into the restroom to wash my hands each time I'd pass one.

People thought I was nuts, until they ended up with the crud themselves.

After you get the SHOT Show crud one time, you'd get why I'm like that. Last time I got it I was sick for more than a month after and vowed to never get it again.

Granted, I'm not a facemask guy because I enjoy oxygen, but I generally don't like being around people.

The point is that being in a big room with that many people ups your risk for the Cerveza sickness everyone has been talking about for nearly a year as well as all the other stuff people have seemingly forgotten about like the stomach bug or influenza.

Are gun shows still worth going to? Maybe, maybe not. Only you can guess that one for yourself. For me they're not worth it but I generally don't like being around large groups of people, anyway. What do you think?

Let us know in the comments below.

3 Responses to Are Gun Shows Still A Good Place To Shop?