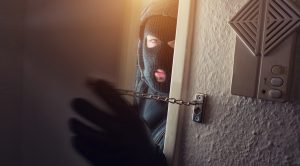 When it comes to your home-defense firearm, what do you reach for?

The capabilities and limitations of the AR-15 are generally misunderstood by most people. I am not going to rehash the whole semi-auto vs fully auto, or the ridiculous ‘military-grade' label most attribute to the gun. There are enough wonderful articles out there on the topic to educate anyone who truly wants to know what it is they are talking about.

But how about the AR-15 for a home-defense gun? Even in the ‘gun community' there are mixed opinions. Here are some considerations when trying to decide if having an AR-15 at the ready as your home-defense gun is right for you.

First, let's remind ourselves of the context to which we would be using this firearm. It is a gun for home defense. I don't care about its usage in hunting, how it functions as a patrol rifle, its use in competition shooting, or how accurate it is at 500 yards. I am focused on its potential use to defend life in or around my home. So the pro's and con's will be directly linked to its application in these settings.

Opponents say that it is a less than ideal close quarters choice because of its length. A carbine's length allows it to be grabbed by the attacker and make it difficult to move from room to room. There is no denying that the AR-15 is longer than even the biggest handgun Dirty Harry could carry, but overall length doesn't tell the whole story. 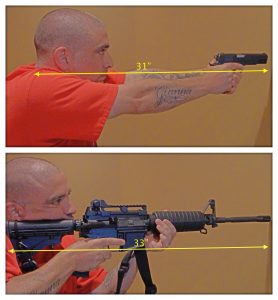 The overall length from muzzle to the shooter is nearly identical when comparing this standard AR with 16″ barrel to a full-size 1911.

Take your man-destroying 1911 and extend it out in a shooting position. Measure from your chest to the end of the barrel. It is probably going to be somewhere around 33-35″. Now take your no-frills AR-15 with a 16″ barrel and shoulder the gun. That same measurement is going to be right around 33-35″ as well.  So the standoff distance is nearly the same in use.

And while it may take a little more/specific training to skillfully move with a long gun compared to a handgun, it really is not difficult at all. Add into the mix the AR pistol popularity and you can get a pretty minuscule AR. Using a Short Barreled Rifle (SBR) dos come with some considerations on sound and muzzle flash which I'll address later.

In a home defense firearm, penetration of whatever you're firing is something that absolutely has to be considered. The myth that 5.56/.223 penetrates anything and everything is based on some misunderstanding or outdated information. While the full metal jacketed (FMJ) rounds used by military or plinking would easily penetrate drywall and other common household building materials, mission-specific, 5.56/.223 home-defense ammunition has been readily available for a long time.

Use of proper frangible or soft-nose ammunition makes it far less likely that the projectile would over-penetrate into an adjacent room. Now nothing is absolute, and there is a likelihood that a .45APC projectile fired from a handgun or 00 buck or slugs from a shotgun would pass through into the next room. 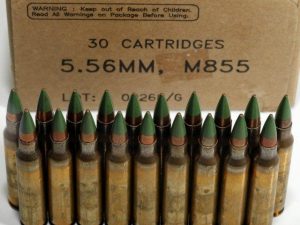 Not all ammunition is suitable to use in your AR for home defense. FMJ/Ball ammo should not be used in a home defense application.

Especially if there is more than one person in the home that would potentially be using the firearm, the ease of use or lack thereof is important. For obvious reasons, you want a firearm that is simple to operate. The method of loading, unloading, manipulating the safety, changing magazines and sighting in are all simple and easy to learn on the AR-15.

And the abundant aftermarket products available such as red-dot sights, lasers and lights make it easy to equip your gun the way it works best for you. Compare this to a popular home-defense gun like the shotgun. Tube-fed shotguns can be tricky to load, unload, chamber and rack for some users.

The 5.56/.223 produces such a light recoil when shot from the AR-15 that young children have no issues controlling the firearm. This is much different than the kick produced from a shotgun loaded with 00 buck or slugs. Not only does this allow a wider variety of shooters to use and feel comfortable with the gun, but controlling recoil allows for more accurate follow-up shots, and I don't have to harp on the importance of accuracy when shots are flying around inside your home.

For many of the reasons LEO's choose to carry an AR-15 for patrol, make it a great choice to defend your family in and around your home. (That's me, by the way)

People argue about how important capacity is and how many rounds they ‘need' to stop the threat. When you don't have to worry about concealing the firearm, I really can't think of any good reason you wouldn't want the absolute highest capacity you can muster. With 30 round mags (unless you live in an anti-freedom state) you are likely to have the same/more capacity than anything an attacker may bring against you.

How many rounds will you need to stop a threat, who knows? How about more than one threat, still not sure anyone has a crystal ball that can be sure of what it will take, but as for me, capacity is king.

Anyone who has shot their handgun from a retention position (compressed near the body as opposed to fully extended) can attest to the fact that there is quite a difference in terms of the pressures felt from the muzzle blast. Additionally, the sound is greater, which is only amplified when shooting indoors (and without hearing protection).

The same physics are present with rifles, in that they produce great pressure from the muzzle blast. In addition, the muzzle flash from a rifle can be blindingly bright in low-light situations. The muzzle blast and flash produced are more dramatic in SBR's so this could be an issue for some. Luckily, using the right type of muzzle brake or flash hider can help dramatically with both of these issues.

Someone wanting to use an SBR for home-defense can also use ammunition that uses low-flash propellants. These rounds use propellants that produce less muzzle flash and when paired with a flash hider that helps ensure all propellant is burned efficiently, can produce a much less intense muzzle flash. 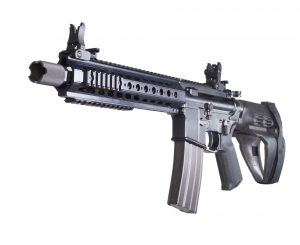 And, while it takes going through a lengthy background check, and paying unnecessary fees to the federal government for the right to obtain one, suppressors can make shooting anything indoors much more enjoyable. Sure there are considerations when deciding to use a suppressor, beyond the high price tag. There is going to be added length that you can't get around. Adding weight to the end of the barrel can sometimes throw off the way the gun feels in your hands. Training will mitigate this, but it is something to note. And certain types of ammunition can be finicky when paired with a suppressor, so you may have fewer options.

Contrary to what you will hear from every media talking head, the AR-15 is not only a great gun but a top choice when it comes to home-defense firearms across the country.

Here's just one instance where an AR-15 was used for self-defense.

How to Avoid a “Justified Shooting” over a Parking Space
Episode 245: CCWer Stops Shooting at Florida Back-to-School Event