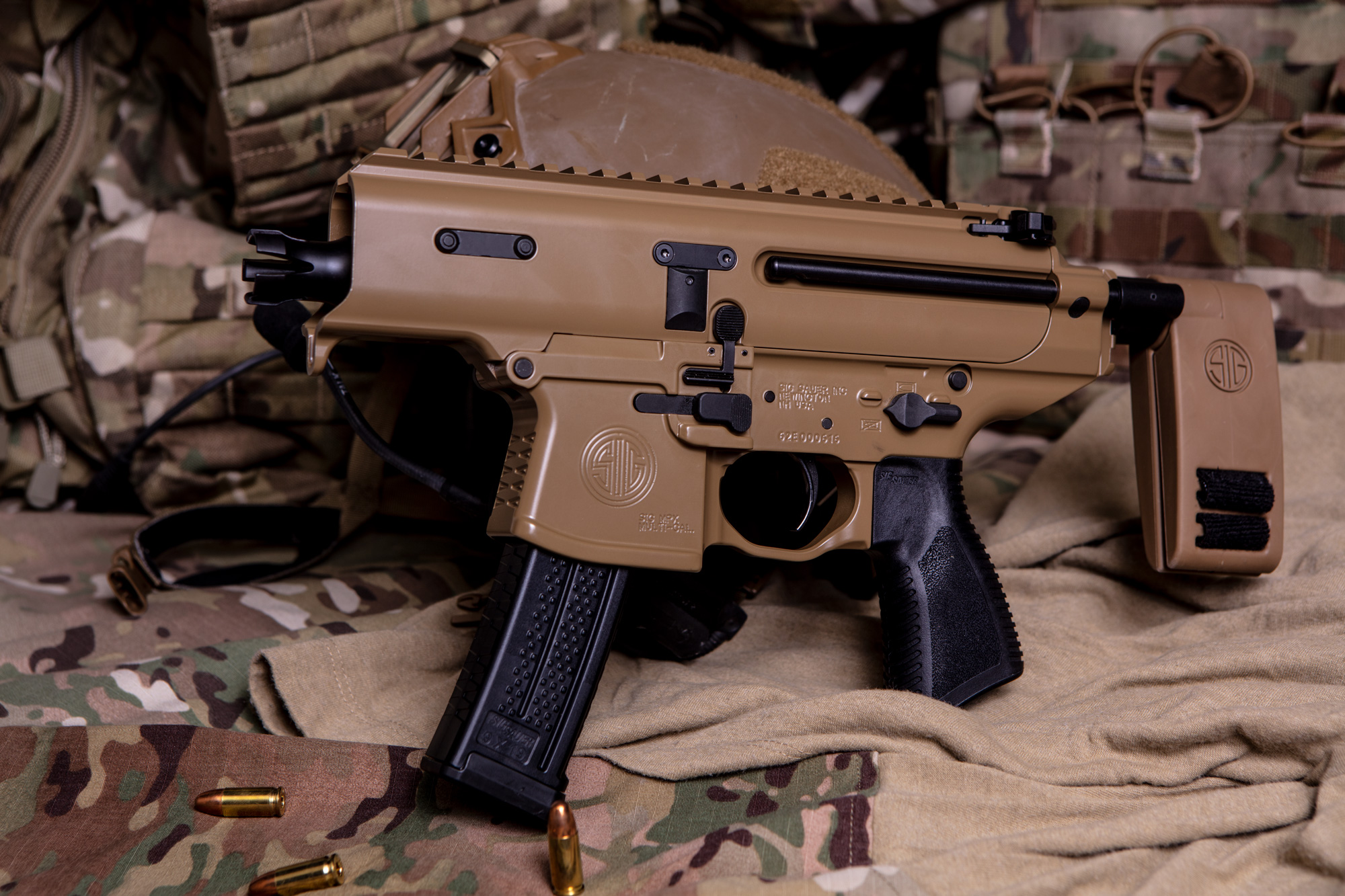 SIG Sauer Announced their newest addition to the family, in the form of their new ultra-compact MPX Copperhead 9mm braced pistol. I'm not usually one to get excited about an $1,800 (or under $1,600 as it says in the video?) gun, but this one looks pretty sweet.

With a barrel length of only 3.5 inches and an overall length of just 14.5 inches, this gas piston-driven beauty looks like the perfect suitcase, backpack, or truck gun.

While my carry pistol has a barrel length of about the same dimensions, the MPX Copperhead comes with the added stability of the pistol brace (if you know how to deploy it properly) and a 20 round magazine for a few extra rounds of firepower.

It's also fully ambidextrous according to SIG Sauer, which is a great feature for you southpaws, and obviously boasts familiar controls. Now that I'm starting to sound like a salesman for SIG, which I'm not, let me point out some concerns of mine —

Still, this small package has me enthralled with its usability for certain folks needing a quick, deployable, accurate, pistol that can be braced on your cheek (or shoulder depending on the BATFE's flavor of the week) for added stability.

Many folks aren't sure what this little pistol's role is, but I see it, and I like it. If I had one it'd go with me everywhere I brought a backpack, ya know, just in case. Here is SIG's video, where they mention the price being something totally different than what is listed on the website:

Finally, SHOT Show is almost upon us, and these daily new releases we announce are just the beginning. Once SHOT Show arrives you'll get lost in the new products and coverage. Make sure you stay up to date with as many of the following avenues you can because our SHOT Show coverage is stellar:

Subscribe to our Newsletter — We send out all pertinent information via our newsletter.

Get our App — We send out breaking news via our app.

Subscribe to our Podcast — We'll discuss new products here, and even podcast directly on the showroom floor at SHOT Show 2019. Don't miss this.

Subscribe to our YouTube — We literally want it to be like you're there with us. Just search for our past SHOT videos to see what I mean.