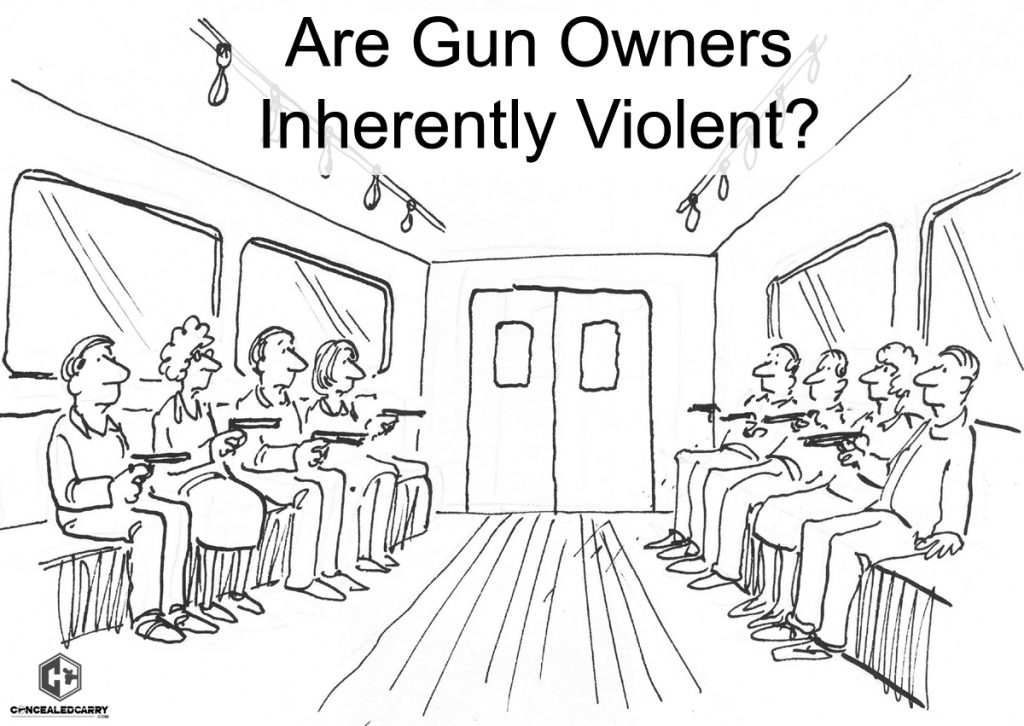 I used to write these “idiotic anti-gun headlines of the week” opinion (fact?) articles for another publication, and figured I'd get back into it whenever I see one that needs to be included on our gun-loving website. The actual headline in question, from The Nation, reads like this:

Almost 4 Million Americans Have Anger-Control Problems and Are Packing a Gun. The gun lobby insists that guns don’t kill people, people kill people. So we should call them on it.

Sometimes I wish that the gun-grabbers were a bit more challenging. I mean, I could end this article with my own headline that reads something like this:

Almost 4 million Americans carry a gun every day, and nearly nobody knows it. And believe me, if we were a problem, you'd know.

Then again, that wouldn't be entirely true, now would it? I mean, every day, at least one (usually a lot more than that)  of those quoted 4 million Americans (which I suspect is much higher as well because the NRA claims they have 4.5 million members, and about half of the gun owners I speak to aren't actually NRA members) needs to defend themselves with a self-defense firearm. We publish articles on a daily basis across our state sites showcasing the American defensive gun use–something that goes highly (and purposefully) un-noticed by the mainstream media.

What's really neat about these self-defense situations is that not every one of them ends in someone dying, or even the licensed gun owner pulling the trigger. Many times, just the mere sight of a gun is enough to deter a criminal intent on harming another person.

Guess we aren't so angry, after all. Can you imagine if even a portion of us gun-owning Americans decided to open fire because we were angry?

So, I guess it isn't fair to say that nobody knows that there are so many of us all around the country, because the bad guys know. Those who try to rape, maim, kill, and otherwise hurt different, innocent people know whenever they come into contact with a concealed gun carrier, because that is the only time any of us de-holster our guns.

In the following gun myths video you can watch criminals talking about what they're afraid of and it ain't the cops, it's the permitted concealed gun carrier. Check it out, it's worth a watch:

But for those of you who don't like guns and walk down the street every day of the week, I can all but guarantee that you just happen to walk right past someone with a permit to carry a firearm for self-defense. That is, of course, unless you live in one of the cities where you cannot carry a gun, like New York City, Chicago, LA, etc.

Oddly enough, or maybe not depending on your point of view, in those cities, crime runs rampant. I'm licensed to carry a self-defense gun in more than 30 states and would never step foot in any of those cities since I cannot carry there. After all, the only people who are carrying a gun in Chicago are cops and criminals.

I wonder if there is some sort of correlation between high crime rates in some cities and the fact that people aren't allowed to defend themselves there. If we take the criminals at their word in the above video, I'd say it's likely the case.

The answer is to provide a legal mechanism to confiscate guns from potentially violent people.

That should solve all of our problems, right? I mean, why haven't I thought of that?!

Right off the bat there is a huge issue that I can see, which is: who decides which people are “potentially violent,” and by what standards? After all,

… the right of the people to keep and bear Arms shall not be infringed.

Focusing in on that little tidbit there (called the Second Amendment) (which is the law of the land) (good luck taking it away from us), it's the right of the people to keep and bear arms. It CANNOT be infringed, even for people who may be “potentially” something.

Again, who decides? By which standards? Because, at the end of the day, I believe anyone can be “potentially violent.” I mean, that's why I carry a gun! Because I cannot know for certain if I'm around a nutjob who wants to kill me and take my wallet, rape my wife or little girls, or illicit a gang initiation–I carry a gun.

That way, I can at least stand a chance.

Frankly our country is allowed to continue to exist because we believe that controlled violence is necessary to the freedom of the people. Do you want our military and law enforcement officers to have no ability to inflict violence? Of course not. In controlled circumstances we WANT violence in order to stop violence. Sometimes there is no other way.

Am I off base? Why do you carry a gun and do you think that makes you violent?

Episode 168: Jogging In Las Vegas With Gun Holstered in Safe
56 Concealed Carry Mistakes and How to Avoid Them [Update]

One Response to Idiotic Anti-Gun Headline Of The Week: Americans Are Angry, and Packing Guns