Join Our Newsletter
Shop Our Store
MAIN MENUMAIN MENU
By Joshua Gillem on July 21, 2020 in News 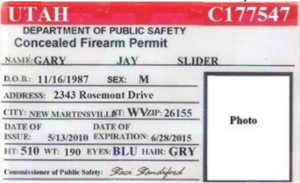 All of the recent background check news for new firearm purchases along with a fantastically large number of new gun owners flooding the market has had unforeseen consequences for those who wish to carry a firearm legally … They can't get their permit.

At least, that's true for certain areas and if you read nothing else in this article and either don't have your permit or it's coming up for renewal in the coming months, don't delay. Get your stuff taken care of and don't put it off, because if you do you may end up regretting it later on if you have to wait for several months.

For example, if you live in Pittsburgh, PA, which is undoubtedly Matthew's favorite city, the earliest you can get your concealed carry permit is November. By the way, it's currently July 21, 2020 as of this writing. That's a long time to wait.

And as far as I can tell, that's just the initial part for the background check. When I lived in PA on the other side of the state, after making an appointment with the sheriff they then do the background check only to send your LTCF (license to carry) via snail mail. I can't remember exactly how long they have, but mine took several weeks to arrive.

Now, I cannot speak to every county, because I've heard of at least a couple that issue the license to carry the same day, and I was super jealous when I heard that, but it can take a while even after the first visit.

A local news station has reported that there are more than 6,000 people waiting to get their permit in Allegheny County, and the local sheriff's office is just backed up — even though they're reportedly processing 84 permits per day.

Of course, the sheriff has attributed this rise in applicants to the civil unrest taking place throughout the country, as well as coronavirus concerns.

And of course, there's also the fact that people are calling to defund the police around the country and nobody really feels safe right now.

The sheriff stated that they will have a drive thru LTCF this weekend at the Monroeville Municipal Building.

All of this leads up to the shameless plug for our Concealed Carry Gun Tools App that's available for smart phones and similar devices. Our famed app, which is one of the best gun-related applications in the entire industry (and I don't say that because they pay me), has a feature that lets you put your permit information into your phone so you're not surprised when it's time to renew it.

At the end of the day, don't put anything off. I don't care if it's for your concealed carry permit, purchasing ammo or guns for your self-defense, or anything else you feel you need to do. You never know when something like this might pop up in your area.

And to be honest, it's not looking like it's getting better at any point soon.

Learn more about our app, here.

And as always, leave your thoughts in the comments below.

Distance, How Close is Too Close? Lessons Learned From Self-Defense Encounters Caught on Camera
Putting Together An Outdoorsman First Aid and Trauma Kit

3 Responses to I Have To Wait How Long For My Concealed Carry Permit???